I was expecting to start blogging about Summer 2017 with Kakegurui or Fate/Apocrypha but surprisingly, they have not been simulcasted yet. For the time being, I’ll start Summer 2017 First Impressions with these shows. 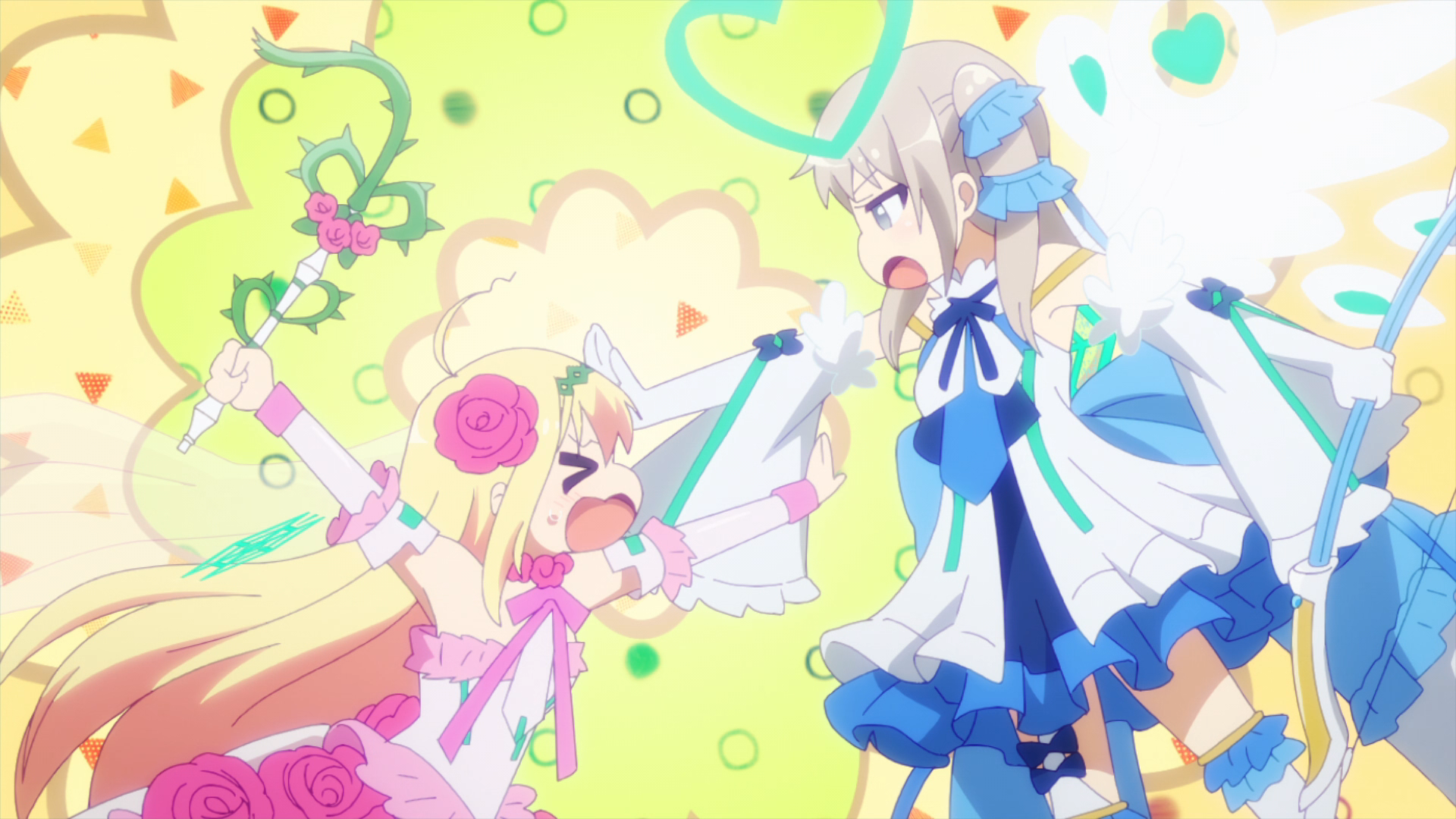 Hina Logic has actually aired two episodes so far but in my defense, the early June 24 premiere was kind of a surprise. I may actually get around to Ep. 2 because I actually thought Hina Logic was a nice, painless experience.

I have not seen the first Luck & Logic anime though from my understanding, I don’t really need to since Hina Logic is largely doing its own thing. The one thing I believe these two shows share is the element of using cards to evoke the power of familiars (Hina Logic calls them “Foreigners”) to transform into a magical girl. It’s a neat concept, certainly very marketable, but Hina Logic largely feels more like a cute girls in school show than a TCG commercial. There is far more emphasis in the girls just embarking in hijinks than actually pushing the card game to the audience and that is a direction I don’t mind at all.

The characters were pretty likable. One episode in, I am not convinced that it is possible to conjure up any hate for Lion. She is just too adorable and energetic to really be annoying even if her airhead personality causes trouble for her friends. Speaking of her friends, I was expecting Nina to brush her off (she’s clearly just hired to watch over Lion) or Yayoi to pick on her but instead they accept the new student pretty easily. The only time the show ever feels dramatic is perhaps when Lion transforms into a magical girl by accident and her mind gets hijacked by a Foreigner. Even then, the resolution to that conflict is pretty cutesy. I don’t mind if the mystery surrounding Lion’s powers gets more serious but if the show is generally this pleasant, I’m completely okay with that.

If magical girl shows or just cute girls shows in general aren’t your thing, then Hina Logic will likely bore you at Ep. 1. Otherwise, I think this show is potentially something nice to watch to pass the time. I don’t know if it’ll necessary hold my attention for a whole season but I’ll at least give it another shot if I have the time. 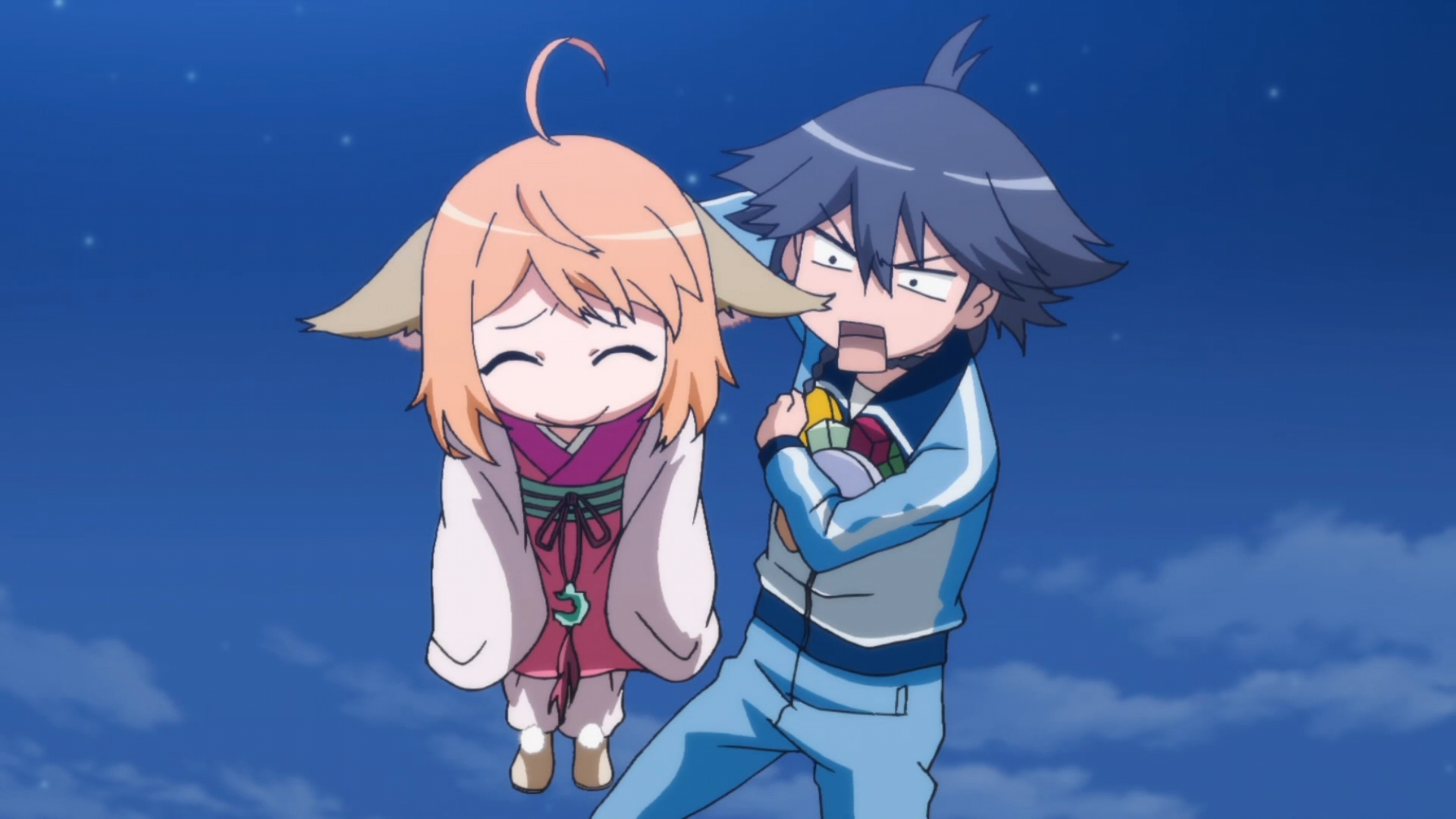 I sometimes feel bad for disliking Chinese co-production anime and it’s not because I am a Chinese-American (well…maybe a little). I really do want the best out of Chinese media; more international attention towards media from other countries will always be a wonderful thing in my eyes. But given the current catalog of Chinese co-productions, I really do think it’ll be a while until this Chinese-Japanese collaboration actually hits it big.

Fox Spirit Matchmaker has a lot of the same pitfalls that you’ve come to expect from a Chinese co-production. The visuals are really cheap, the characters constantly mug to the camera, and the comedy falls flat almost all the time. I particularly don’t know how I’m supposed to react to Yuechu. I guess he is a big deal considering how powerful he is but this episode mostly emphasized how sleezy he is with women and how he loves candy simply because it’s candy. Seriously, how am I supposed to root for this guy? I guess Susu is easier to relate with but her constant proclamation to become a great matchmaker sure got annoying.

Since Matchmaker is a TV rebroadcast of an ONA by Haoliners, some reviews have come out. For the most part, this is considered one of Haoliner’s better shows and that consensus is reflected in the current MAL score of 7.44. If this show does end up good, I get the feeling it may take a while because boy was this first episode pretty bad. It’d be nice to see a good Chinese co-production but I’m not sure if I have the patience to really sit through it and find out.