So here we have a mecha otaku, a germaphobic soccer player, and a bunch of high school girls who fight monsters. 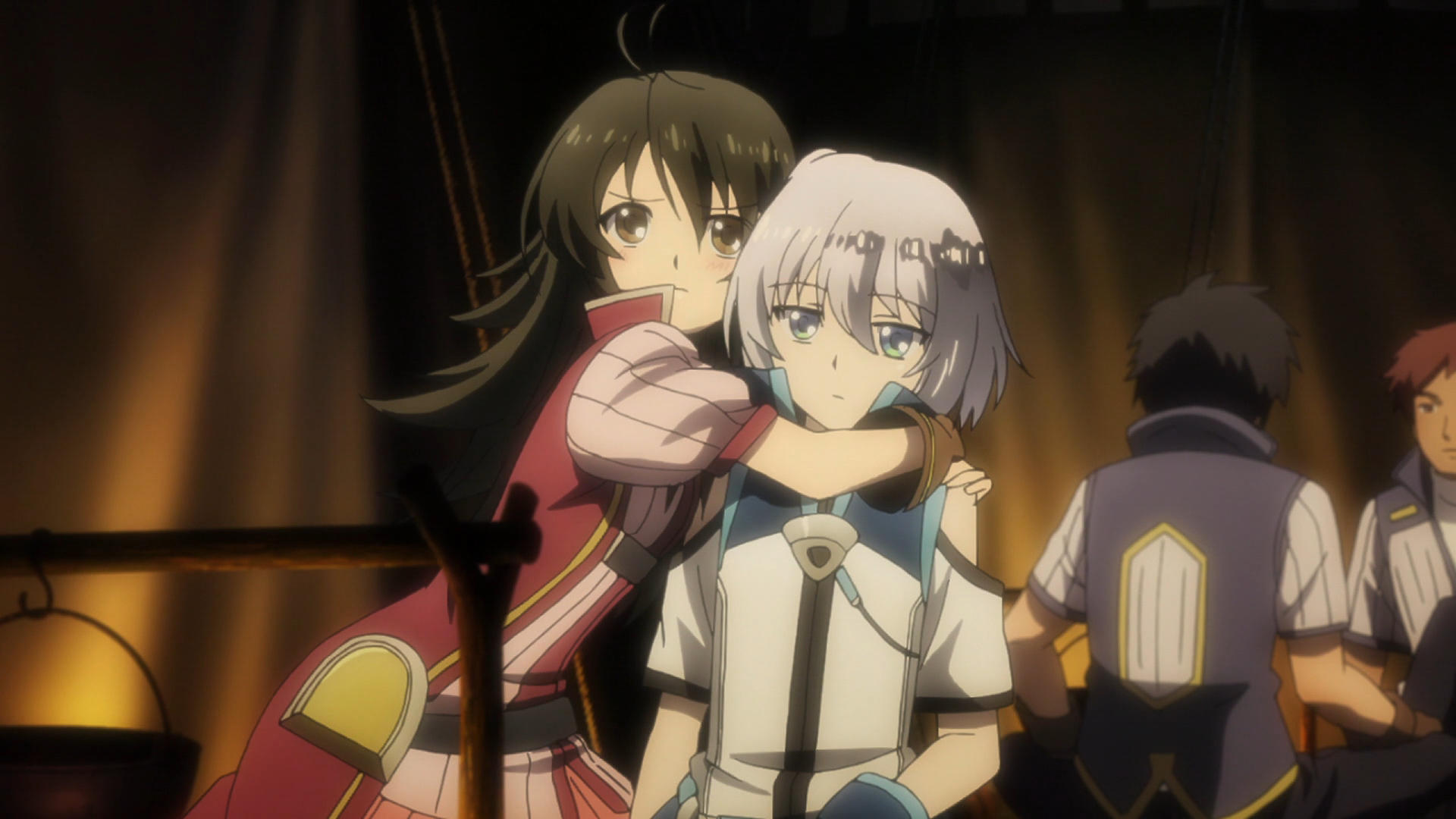 I was expecting Knight’s & Magic to be bad since that is what several isekai shows has conditioned me into thinking but this was far more decent than I expected.

This show has the same, uninspired beginning with an otaku dying in our world and reincarnating into a fantasy land but at least it differentiates the set-up by including mechs into the mix. Seriously, this sci-fi fantasy vibe is at least something different from the usual isekai formula. The Knights do look pretty cool and the magic is just as fun to watch (though how Ernesti’s magic gun didn’t get mass produced is beyond me).

I will also admit that Ernesti was pretty likable. I like that he was wasn’t written to be as lame as possible like some isekai light novel leads. He’s a skilled programmer and well-liked by his peers in his past life and his love for mechs is a reasonable motivation to become a Knight Runner. The other characters aren’t nearly as interesting however and I do think a lot of them were hastily introduced in this episode.

I don’t know if this show is a priority for me but it was definitely better than I expected and given how stale the isekai genre is right now, that’s at least something. 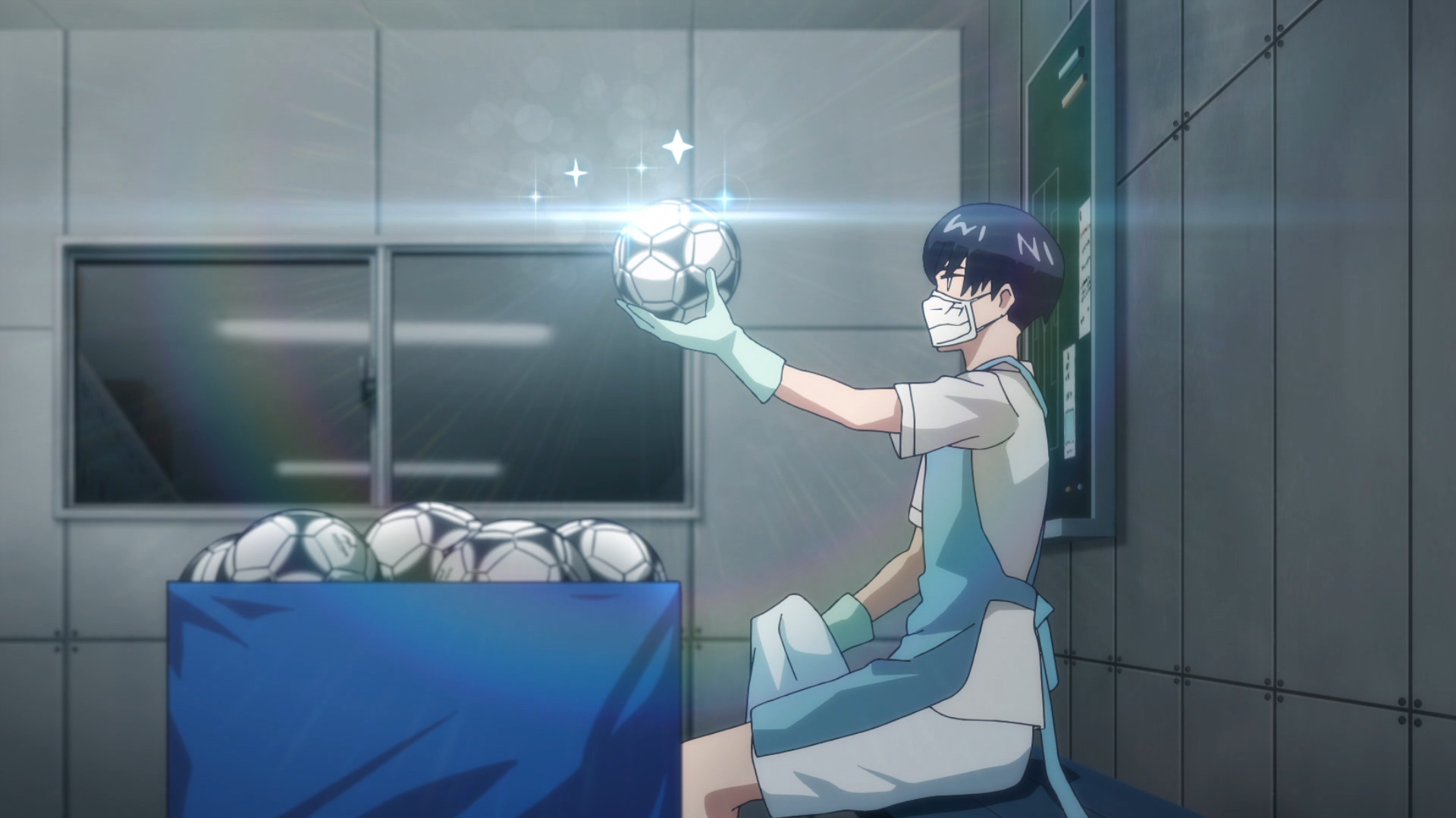 I was pretty hopeful for Aoyama-kun (in my Season Preview, I gave it a hype level of “Moderately High”) and I think my expectation has largely been met.

Easily the best part of this show is Aoyama himself. I just love the peculiarity of Aoyama’s skill and love for soccer paired with his germaphobia. It’s so funny seeing him be inhumanely precise to avoid getting dirty and be immobile when it rains and the ground gets muddy. I’ll admit that maybe his willingness to get dirty in the last five minutes of the game is a bit of a cop-out but 1) that was an exciting way to end this episode and 2) some people can make exceptions in regards to their phobias in real life.

Even though it is the more hotheaded Kaoru who takes center stage this episode, I think it is Aoyama’s old friend Tekechi who stole the spotlight. Something about Takehito Koyasu’s delivery and the character’s constant need to show his midriff kept making make me laugh. The only character I was hoping to see more of is Moka since she looked like a fun character in the PV. I guess I’ll have to wait until the next episode to find out more about her.

The animation was also pretty good. Some of the camera shots do look blatantly computer generated but it adds a dynamic flair to the soccer games and I think it suits the inhuman precision Aoyama displays when playing.

I’ll definitely be keeping an eye on Aoyama-kun. This was a pretty solid premiere and hopefully, the second episode will be just as good or even better. 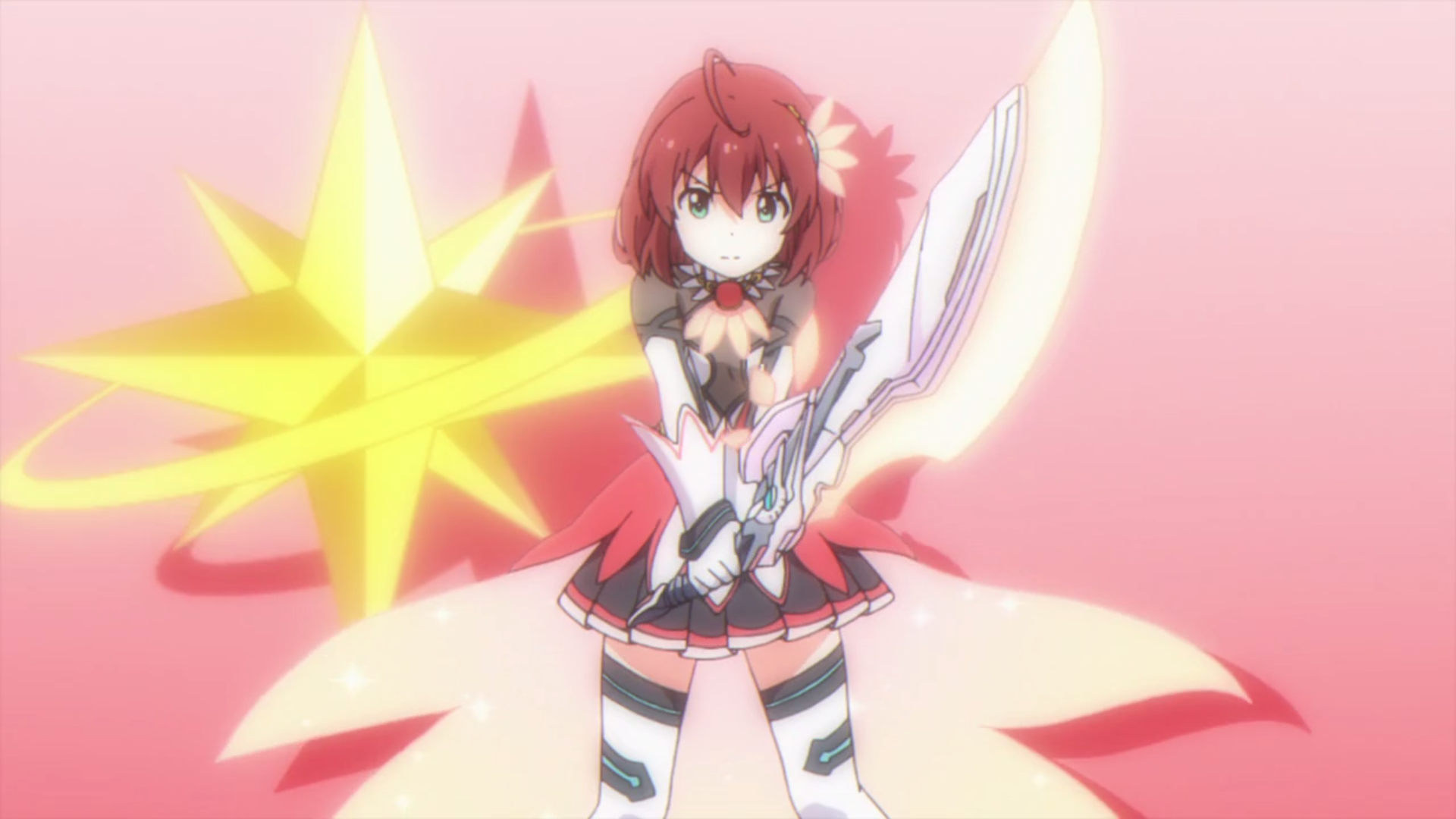 Wow, what a bland title. Was anyone even trying? But you know what? A title such as that just fits. This is a show about high school girls who battle monsters and that was really about as much substance that was offered so far. If you’ve seen other mobile game adaptations about armored girls who beats stuff up, you’ve seen this show.  I suppose the idea that the girls have gotten so good that they’ve gotten bored with battling monsters is interesting but you almost forget that detail because a good chunk of the episode is just the girls doing unrelated activities in school.

There were also way too many girls introduced. Even though Miki is technically the protagonist, she really only has slightly more screentime than everyone else. The other dozen or so girls are a blur since they were all introduced once, and the show expects you to memorize all their names on your own. And visually, none of them really stand out so they’re hard to distinguish even if they technically look different from each other.

I suppose I got what I expected in a show about “Battle Girls” that they actually use the phrase twice in their title. But I don’t know, we’re starting to get more promising anime based on mobile games so Battle Girl High School looks especially pathetic to me.

For all of my Clean Freak! Aoyama-kun Episode Reviews, check out the show’s archive page!