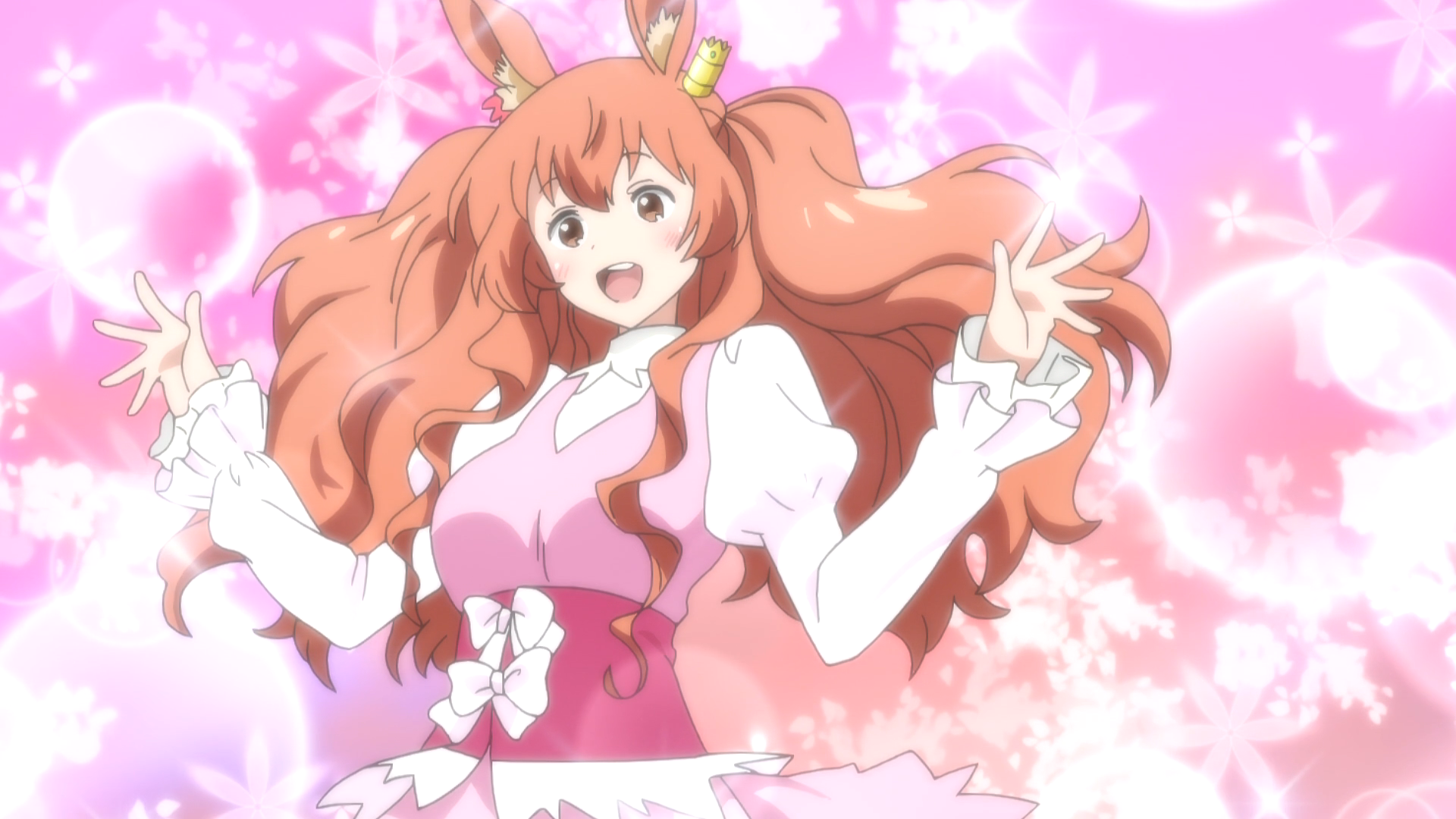 I was pretty hopeful for Centaur no Nayami. After, Interviews with Monster Girls and Miss Kobayashi’s Dragon Maid, I’ve grown to dig monster girl shows. Unfortunately, this premiere left a lot to be desired.

The most obvious problem is that it’s a little bit unfocused. There is a scene where one of the teachers gives a passionate speech about how all these different sub-races of humans should live together in peace and it means well but that theme of diversity and inclusion just does not carry throughout the whole experience. Instead, Centaur seems more interested in the girls in slice of life antics. It’s not like Demi-chan which was about accommodating for differences or Maid Dragon which was about living with different people. The setting normalizes these monster to monster relations to the point that the speech midway in the episode actually feels so out of place.

And the antics are fun, I had a few chuckles here and there but I have come to expect a lot more nuance and atmosphere in the monster girl genre and this just isn’t doing it for me. I’m giving it one more episode but it’s possible that Centaur won’t stay on the watchlist. 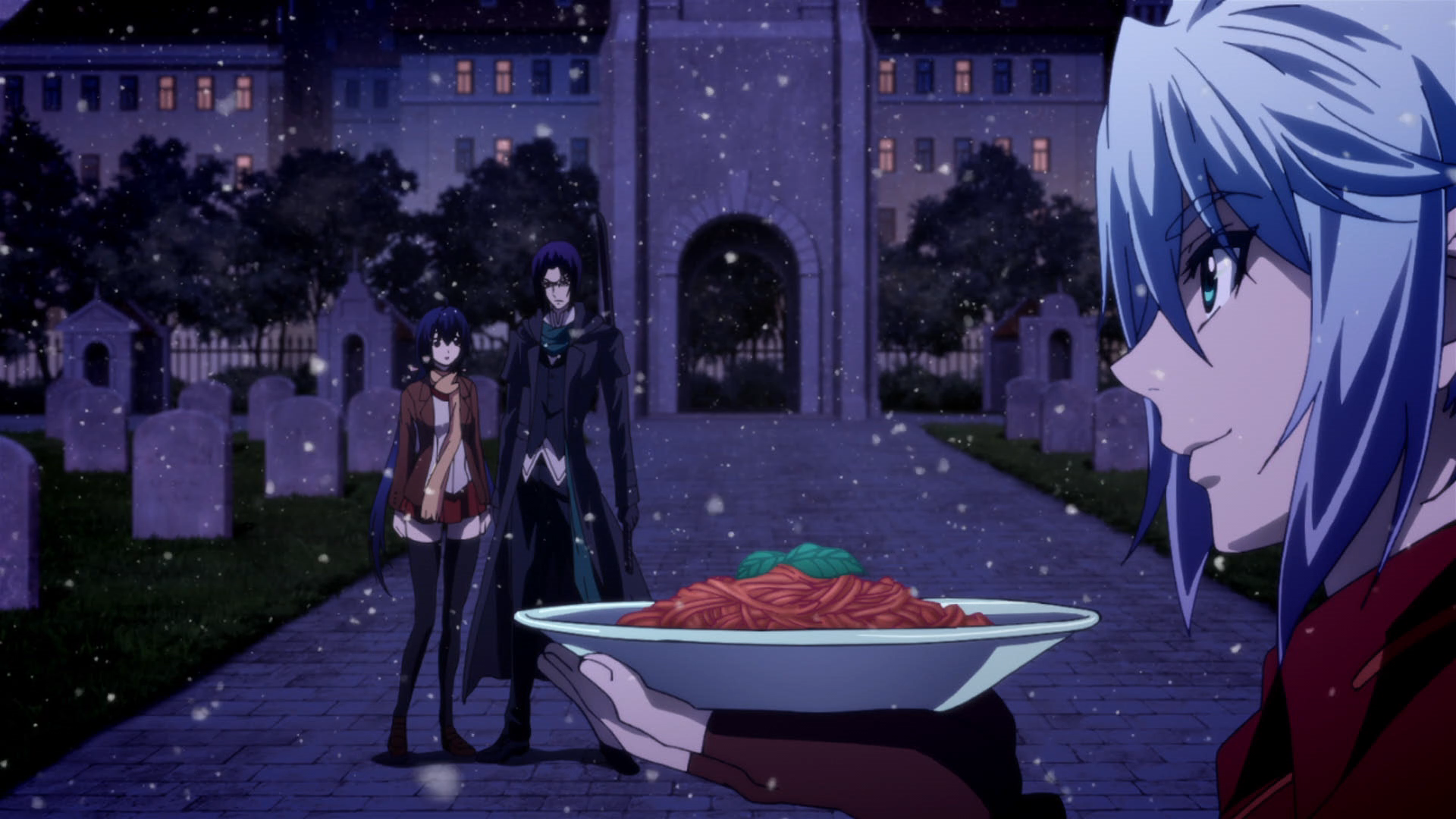 It seems that the people who are making Chronos Ruler really wants this to be a hit action series. The time-based powers are cool, the monsters has some neat cosmetics, and the animation is admirable during moments where it counts the most. It’s a show that could possibly scream cool but the first episode just didn’t quite get to that level. For the most part, the show feels pretty pedestrian with a fairly forgettable guest character and her fairly forgettable arc. I think the two leads, Victo and Kiri have some nice chemistry together (especially knowing what their relationship actually is) but they really need to be emphasized more than the supportive cast if this show wants to be more memorable. This isn’t exactly a priority show for me to continue but if I hear good things about the show, I may resume it. 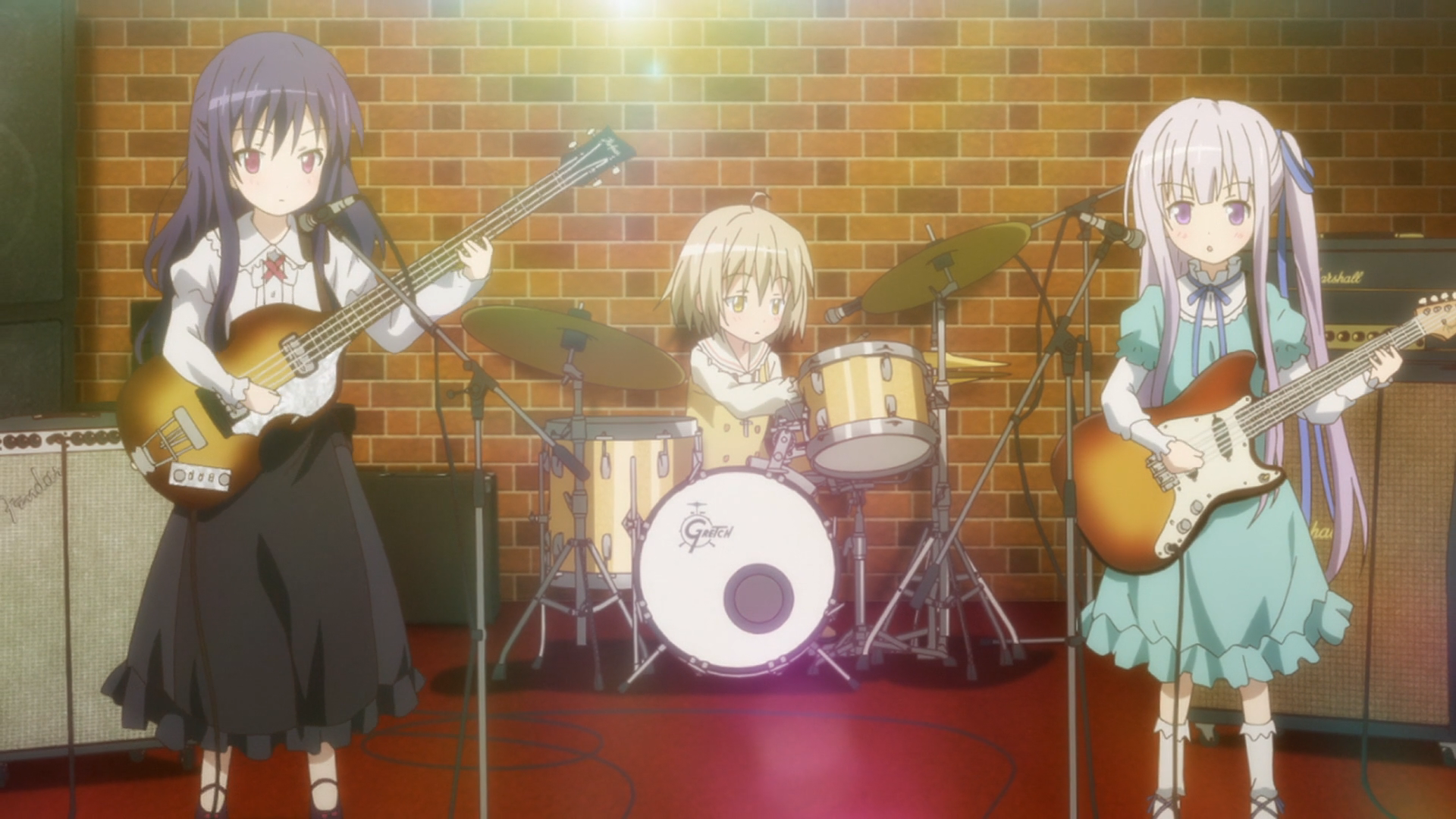 It’s a little…..odd to watch three little girls who can play musical instruments seek out an indie musician for their concert but somehow it comes across as cute and pleasant rather than weird. And I’ll admit that it was pretty funny how Kyo (like us) pictures feds knocking on his door with him meeting Jun, Nozomi, and Sora. But besides that, I think Angel’s 3Piece! felt pretty pedestrian, even for cute girl shows. It’s cute and charming but that’s all the show seems to be banking on. There isn’t a whole lot of character to the show beyond that.

In Another World With My Smartphone – Ep. 1 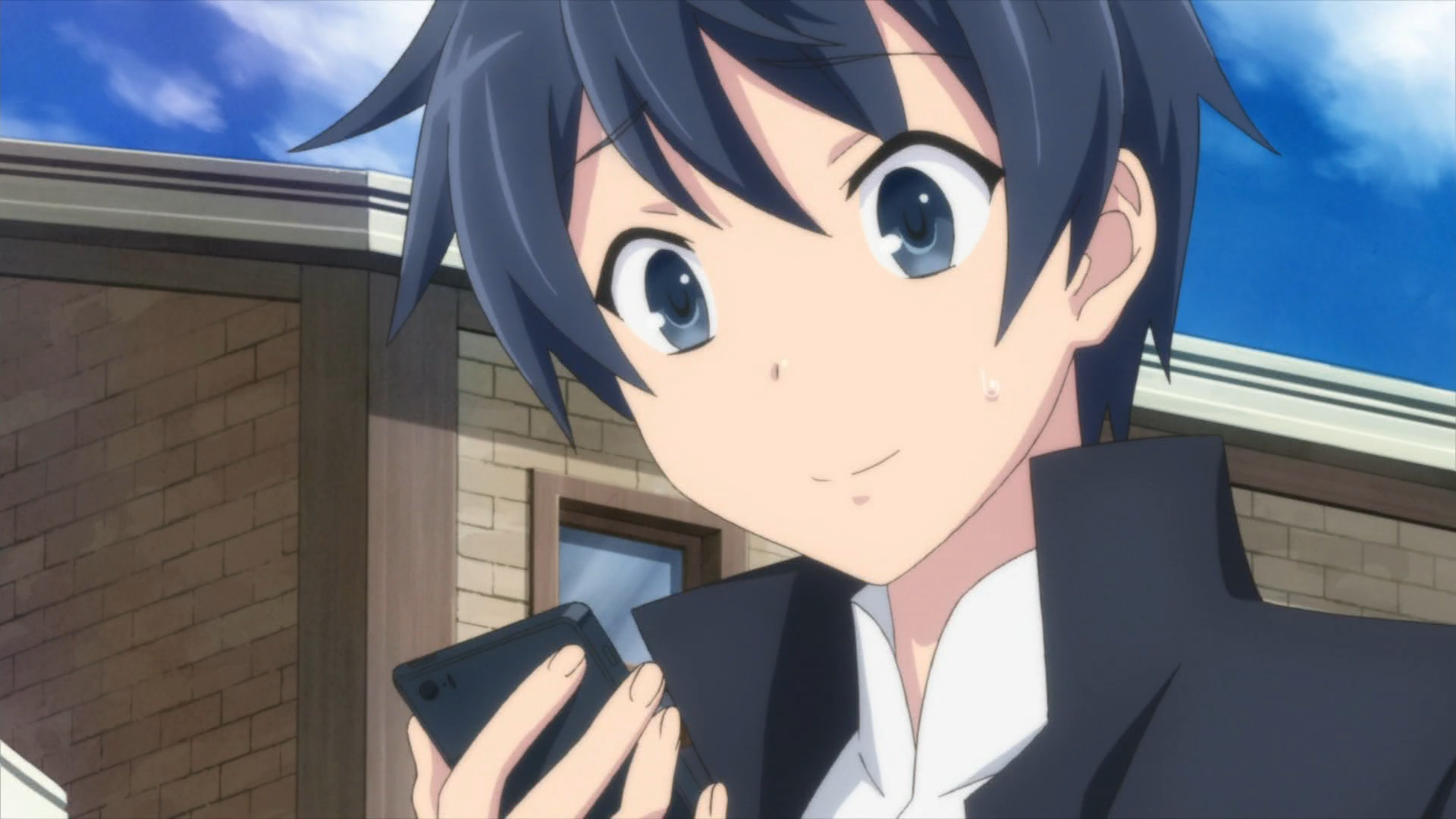 If you’ve seen any isekai show from the last five years, you’ve seen In Another World With My Smartphone. already. It seriously follows the genre’s template that, had it not been for the smartphone gimmick, you couldn’t really distinguish the show from its brethren. And honestly, I didn’t find the smartphone gimmick to be that funny. Our main character, Touya, can use GPS and Google up stuff from his own world, but there really isn’t anything that humorous about him doing so. It’s about as mundane as, well, using your phone in real life. It’s a shame since the show has what you’d expect in an isekai scenario: overpowered protagonist, RPG-like setting, harem scenario, you name it. That template has an audience (and light novel this show is based on is pretty popular) but the isekai genre has started to see more interesting and entertaining shows so this was just pedestrian for me. 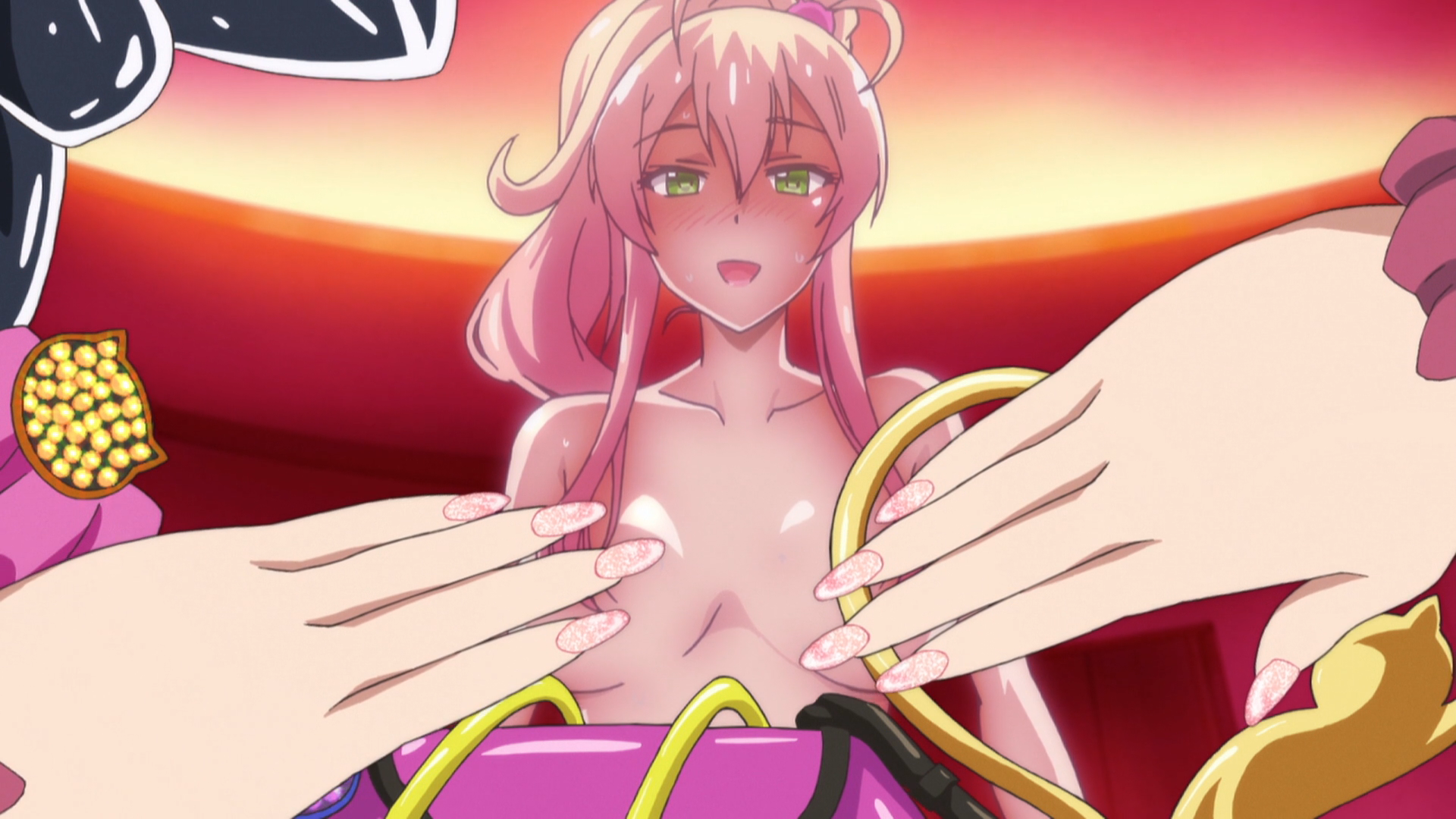 I barely put My First Girlfriend is a Gal on the season preview since I figured it was at least anticipated enough to merit being featured on the post. I was expecting this show to be trash, and it is, but I’m more disappointed that it wasn’t even entertaining trash. I guess the show gets points for demeaning both men and women but sheesh, no one in this show has looked likable in any way. And for a show about romance and sex, it offers very little commentary as to what those concepts mean for teenagers. It’s purely ecchi and I don’t really mind softcore porn but it wouldn’t hurt for the story to be more engaging.

If tantalizing fanservice is all you need to enjoy an anime, at least try and find the uncensored version. The censorship in this show is hilariously bad, especially when you see giant, non-diegetic hands covering Yukana’s breasts during Junichi’s fantasies.

A Centaur’s Life is officially available on Crunchyroll & Funimation.

In Another World with My Smartphone is officially available on Crunchyroll, Funimation, & Hulu.

My First Girlfriend is a Gal is officially available on Crunchyroll & Funimation.