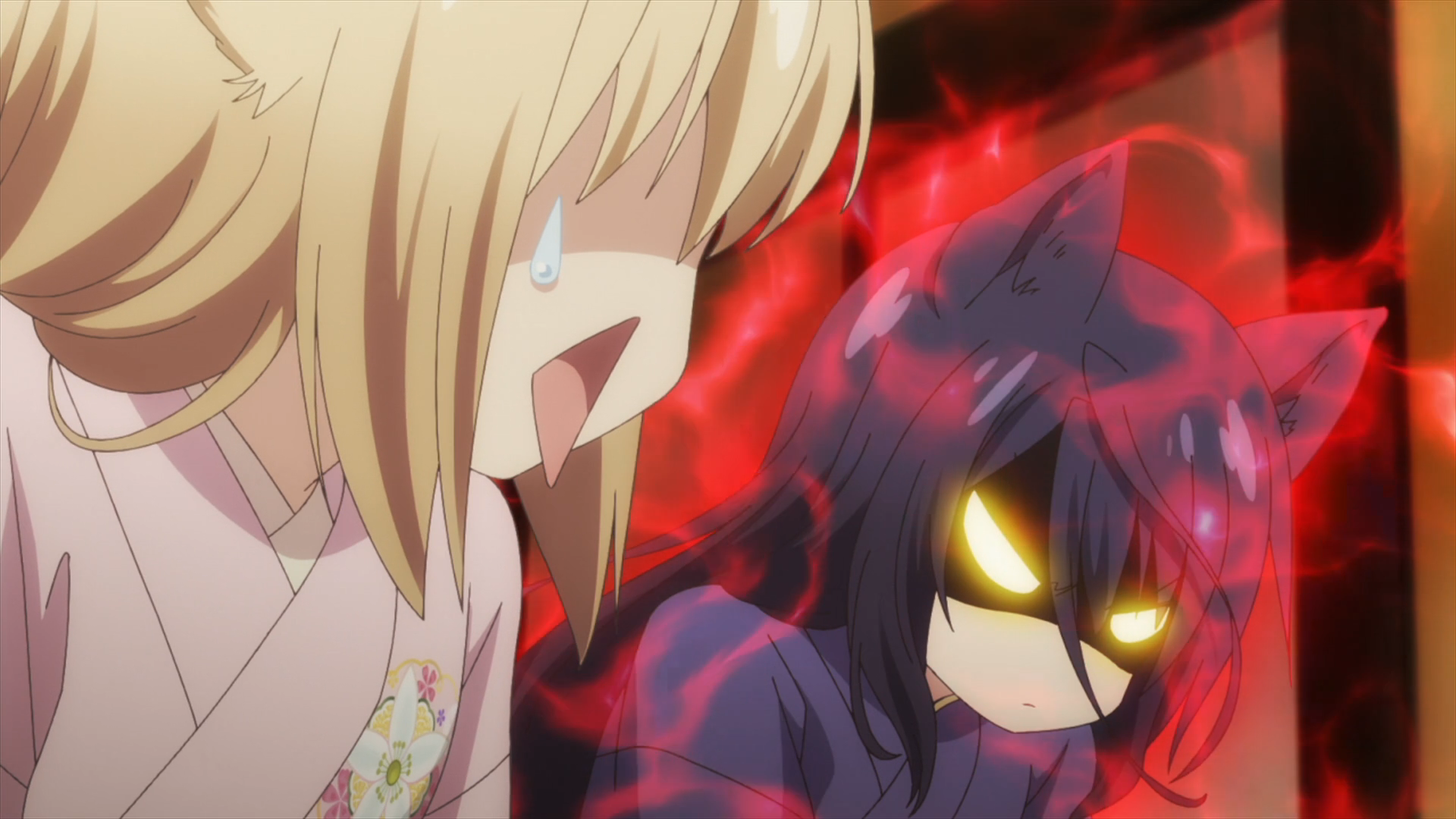 There’s a lot of CGDCT/iyashikei stuff coming out in Fall 2017 and I usually try to stick with just one or two per season. I expected Konohana Kitan to get the short end of the stick (hence why I didn’t give it a spot in my season preview) but…….darn it, IT’S SO CUTE.

So basically there’s this fox girl named Yuzu who is no longer living in solitude after getting hired to work at a prestigious inn. There doesn’t seem to be a deep reason as to why the main cast is comprised of fox girls (there’s a lot of talking animals in this show in general) but I like that the whole thing is treated as normal and the show is more dedicated to the characters’ chemistry with one another. The whole episode is just pleasant from beginning to end with a lot of nice background art and some really adorable character designs. Yuzu is extremely lovable from the get go but things get even more charming as she interacts with her co-workers, particularly the no-nonsense Satsuki and the aloof Sakura (who easily had the best introduction in this episode).

I admit that I’m rambling a bit here but….I just can’t get over how comforting this episode was! I was having way more fun with this show than I initially anticipated and that’s only a problem because of my preference to keep CGDCT shows to a minimum. I’ll watch some more episodes but good grief, there might be some stiff competition this Fall. 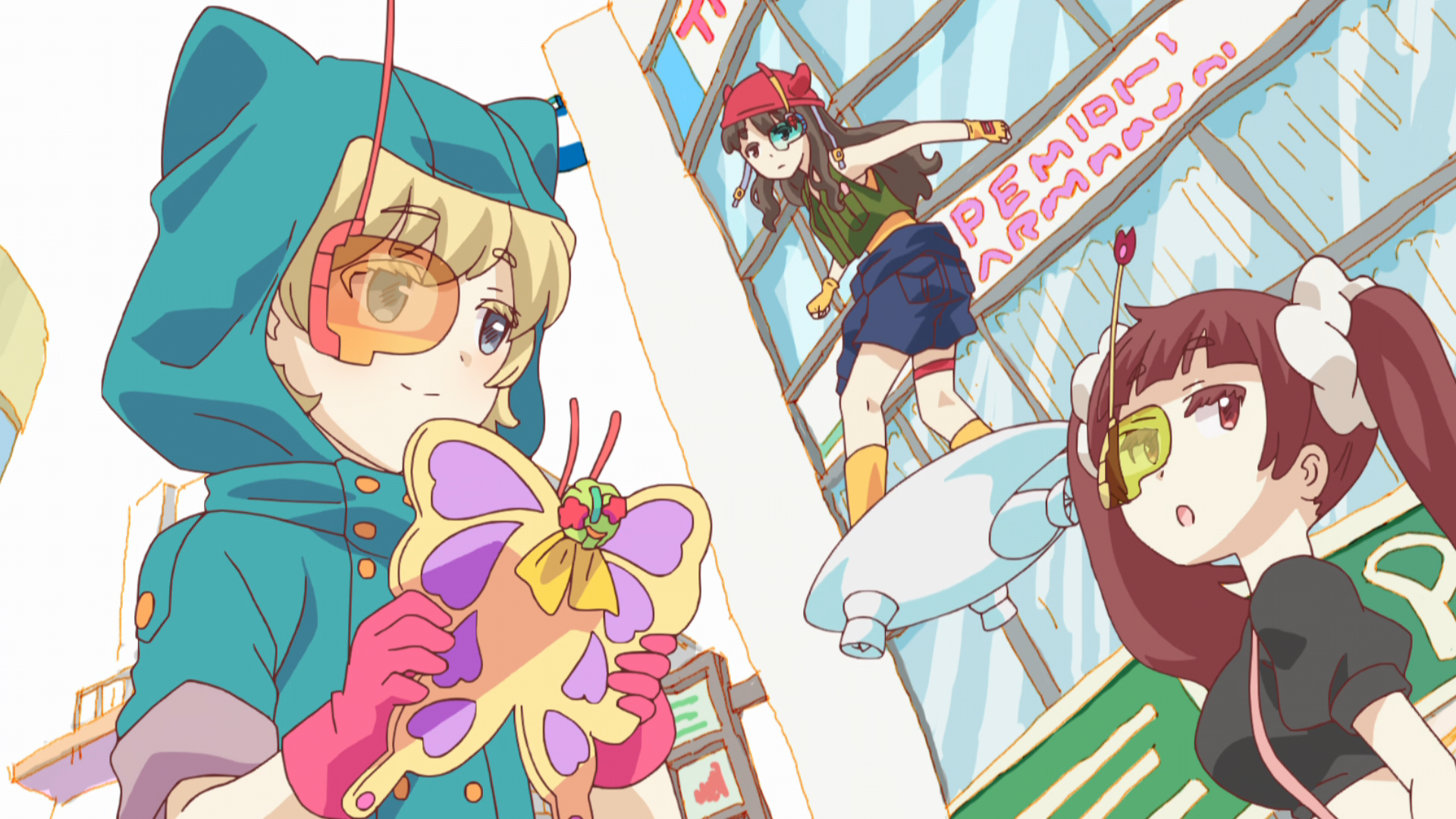 I’m kind of surprised that Urahara went completely under my radar since its production background alone merits some attention. Not only is this show co-produced by Crunchyroll, it ‘s also based on a web manga that was first published on the site. I’m not sure if Urahara will be a hit but it’s interesting to see Crunchyroll delve more into producing their own content now that the streaming business has gotten more competitive.

As for the show itself, it’s certainly not forgettable but watching through the premiere was kind of surreal. There’s basically these three girls who run a fashion shop in the Harajuku district in Tokyo….and they become magical girls to combat aliens….who want to steal Earth’s culture because they’re a bunch of plagiarists. There certainly could be fun to be had with that plot, and I did chuckle at how weird things were getting. But it happens so quickly that I found myself confused as to how Point A got to Point B in the first place. The sporadic progression is even reflected in the presentation, with a lot of jump cutting and split screen effects taking place throughout the episode. The show does look nice though. The animation is consistently fluid and I really like the soft color palette employed here.

I don’t want to say I’m sold on Urahara….but it’s that kind of strange show that kind of warrants a few more episodes. I’m just far too curious to see where this will go. 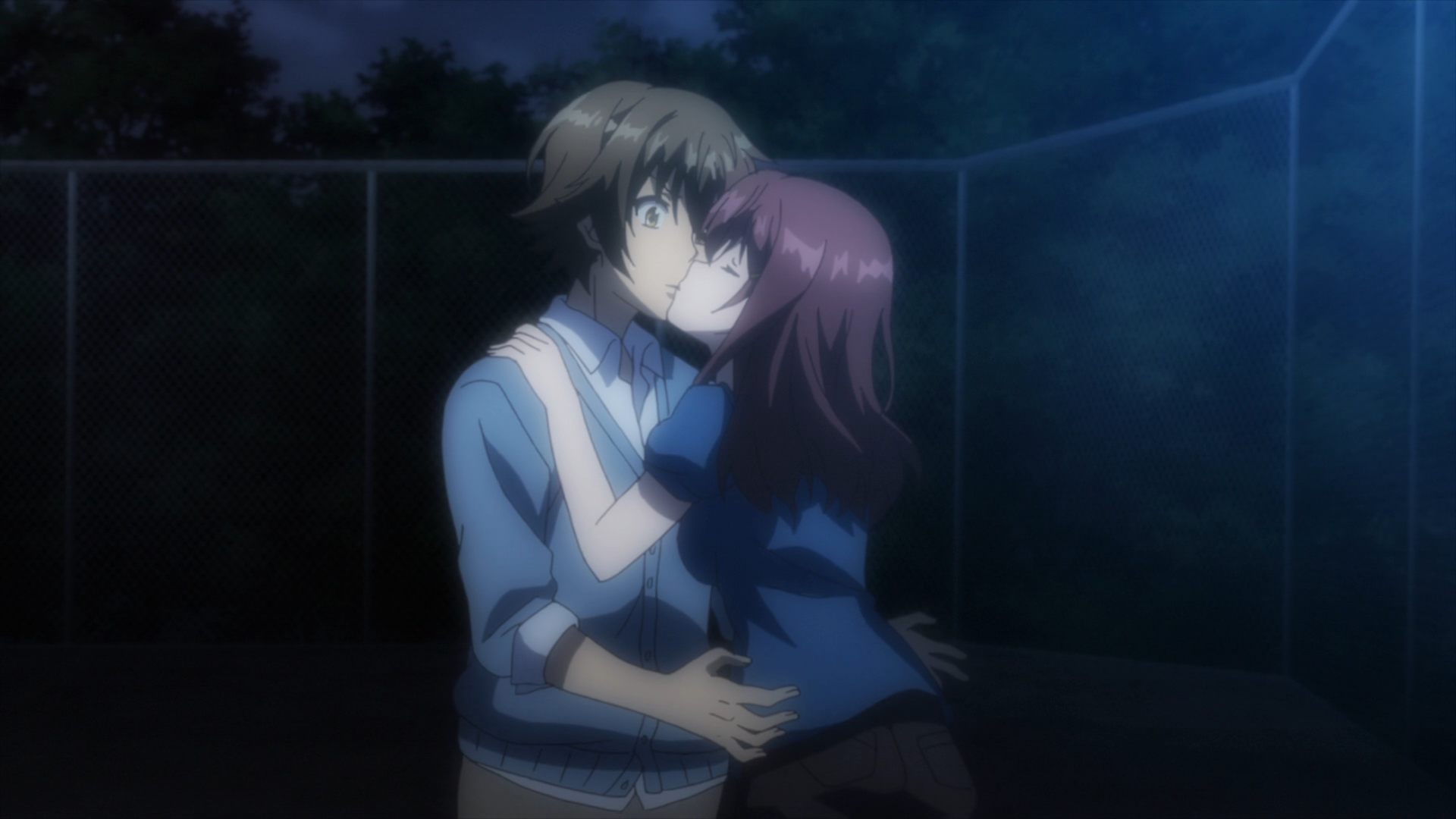 I didn’t think King’s Game was bad so when I say I don’t plan on watching more, it’s largely because I generally don’t care for horror shows reliant on teenagers being dumb and extremely graphic deaths. The set-up is admittedly pretty decent; I particularly like that the main character is a survivor of a previous King’s Game, is deeply traumatized but must now earn the trust of his new classmates. The only thing that irked me was when everyone accused him of rejecting a girl’s offer to play the game with her. I don’t really sympathize with the main character here but come on, it might be in those idiots’ best interest to not beat up the one person who clearly knows what the hell is going on.

The bigger problem, however, is that there are just way too many characters to follow. How am I supposed to know anyone by name or appearance or even by personality if there’s a couple dozen of them? Call me cynical but it was honestly to the show’s benefit that so many students died in the first episode.

So yeah, this show wasn’t bad but it’s not for me so I think I’ll pass.

Urahara is officially available on Crunchyroll.