Alright, the Lighting Round backlog just keeps on piling up so let’s get one out of the way.

Recovery of an MMO Junkie – Episode 1 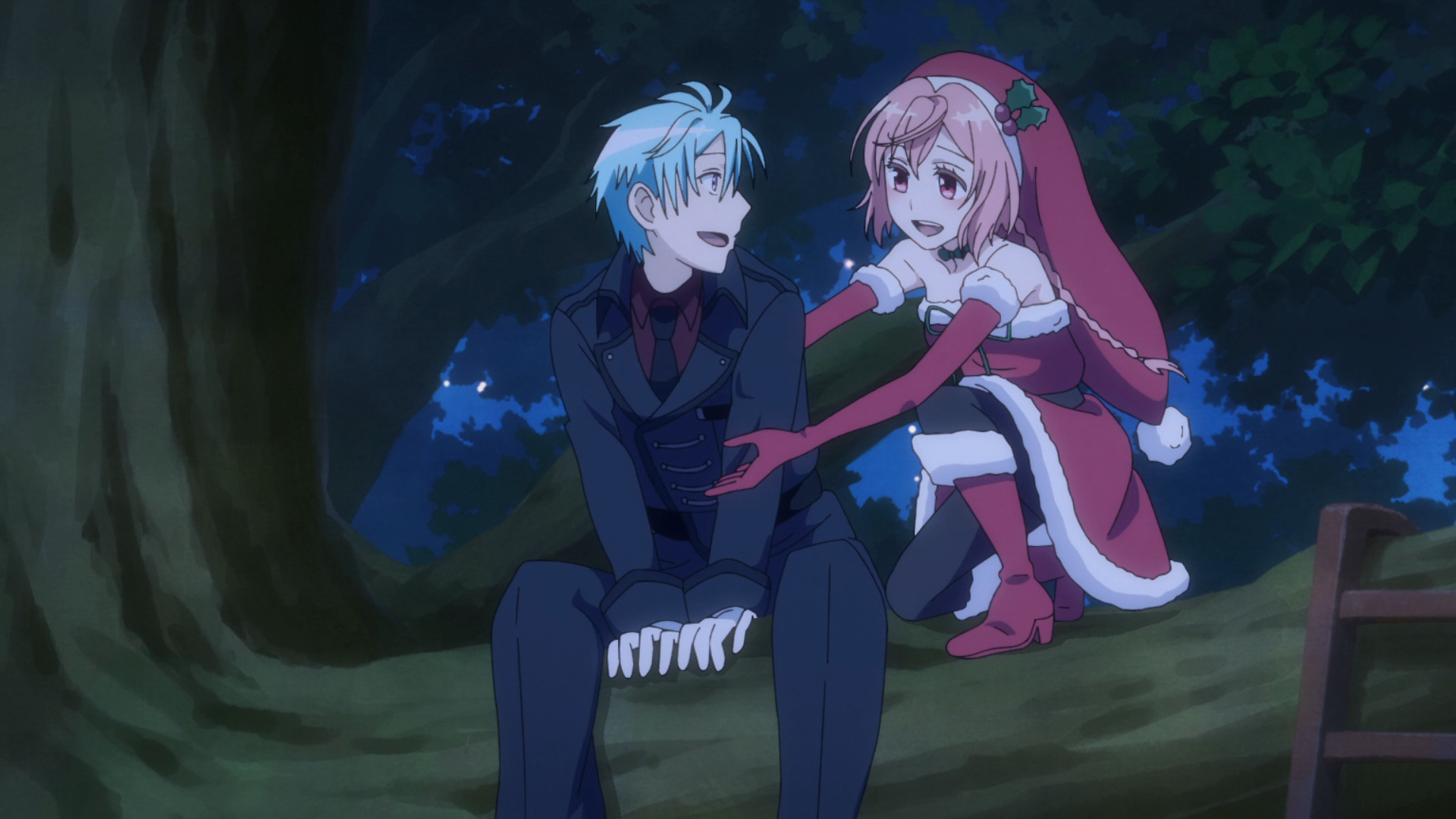 I’m actually a guy who, when given the option, opts to play as a female avatar in video games so I found myself immediately hooked on the premise of Recovery of an MMO Junkie. I just love the concept of a romance in which the two leads play their opposite genders in an MMO, unaware of each other’s real identity, and falling in love anyway.

The most interesting thing about this story seems to be how these characters act in the MMO compared to what they are in real life. Both leads, Moriko and Yuuta are complete opposites in that the former is a NEET and the latter is a successful employee and yet they both seem to be rather timid. By contrast, these characters are so much more lively and outgoing in the MMO. And since they are playing as their opposite gender, you do see Moriko act more gentlemanly as Hayashi while Yuuta has Lily act so ladylike. I doubt there’s some deep social commentary tied to this but I do like how convincing these characters are as their in-game avatars.

I wasn’t expecting a whole lot but I was pleasantly surprised with Recovery of an MMO Junkie’s first episode. I’m a little curious how this romance will play out (especially when the characters meet each other in real life) so I’ll watch some more episodes for now. 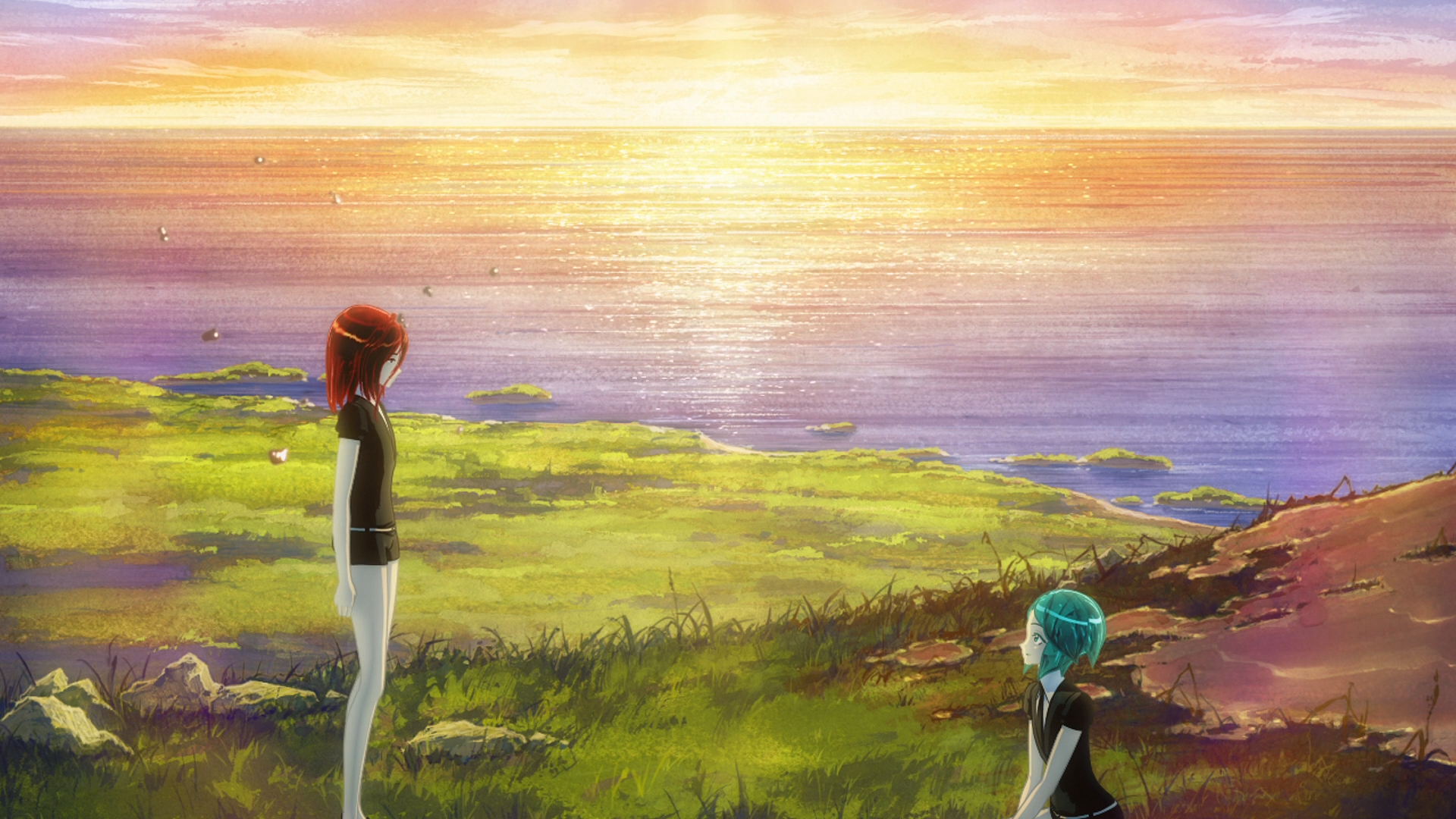 My first impression for the Land of the Lustrous anime mirrors what I initially felt about the manga. There is something about it that grabs your attention but I can’t quite say I’m impressed with the product just yet. The gems’ society is pretty interesting but it’s explain through a lot of clumsy exposition. The character designs are really distinctive and colorful but I’ve yet to see anyone stand out in terms of personality. There’s clearly potential in all of this but it just doesn’t seem as though it’s tapped into enough.

One thing I can readily praise, however, is the visuals. Yes, it is CGI but I find the art to be pretty beautiful at times, especially in regards to the background art and lighting. The way CG anime characters usually looks and moves also kind of works for these talking gems; it creates a sort of otherwordly effect to them that I quite like.

Who knows, maybe this show will turn around. I’m curious enough to give it one or two more episodes before I even consider dropping it. But considering what alternatives there are this season, I do need something more than just pure curiosity. 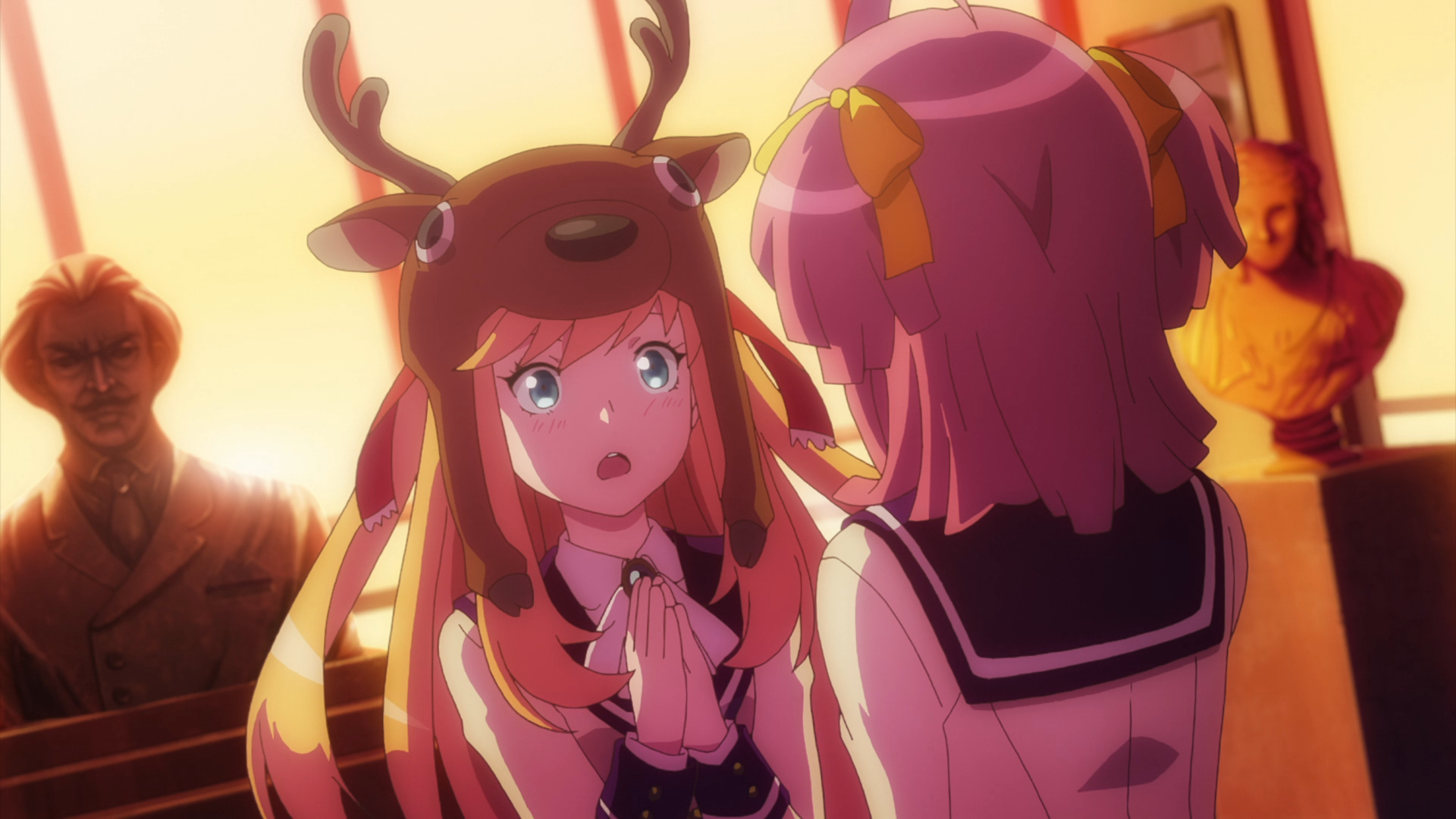 I largely considered Animegataris a point of interest in the Fall lineup simply because of its premise. An anime about an anime club is too amusingly meta that it’d be a huge shame if it didn’t entertain.

Fortunately, this episode was pretty charming. I really liked how one of the show’s veteran otakus, Arisu, just overwhelms the main character Minoa with questions about the latest anime and Minoa gets weirded out and confused. As someone who has been on both sides of that conversation, I can relate. I also like the positive attitude Minoa takes on Arisu’s passion, motivating her to revive their school’s anime club and deciding to give the hobby a shot because her new friend is so insistent.

The only thing that baffled me about this premiere is that for whatever reason, a simple slice of life club anime just isn’t enough for the people making Animegataris. I don’t get why there’s a demonic beret or a talking cat but these elements are apparently in this story for some reason. I frankly think the show could do without the supernatural stuff but it’s not a deal breaker for me just yet, so I’ll watch a little bit more. Besides, the cat did ask me not to drop the show at the first episode and that bit was pretty darn funny so I kind of want to honor his request.

Recovery of an MMO Junkie is officially available on Crunchyroll & Funimation.

Land of the Lustrous is officially available on Amazon & HIDIVE.