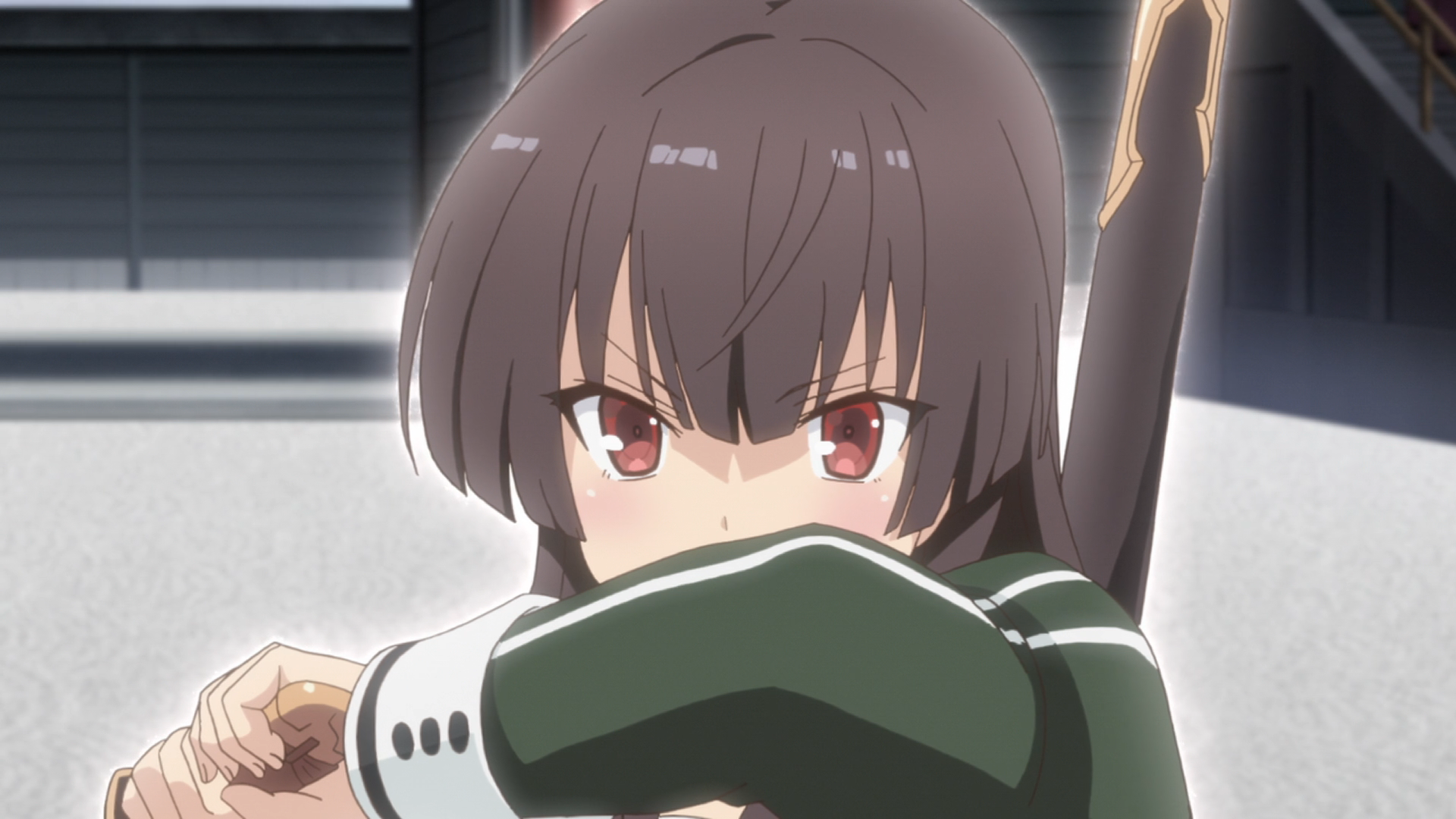 I took one look at Katana Maidens‘s key visual and I was like, “Oh God, is this one of those dumb schoolgirl action shows like Schoolgirl Strikers and Battle Girl High School?”. And lo and behold, it is! Honestly, if you’ve seen any other show in this genre, you’ve probably already seen Katana Maidens.

Perhaps the biggest problem is that for a show touting itself as a shrine maiden-themed take on the schoolgirl action concept, very little actually makes that theme prevalent. The girls will spout spiritual and religious terminology here and and there but it would’ve been cool if the character designs actually had, oh I don’t know, a shrine maiden vibe to them. Instead, it’s just the usual school uniforms like all the other schoolgirl action anime and as a result, Katana Maidens looks indistinguishable as a result.

It also doesn’t help that the animation doesn’t is subpar. On one hand, I kind of like how the duels are settled in a matter of seconds to reflect how skilled and reflexive the characters are. On the other hand, it was probably just a way for the studio to cut corners. I think I’ll pass on this show. 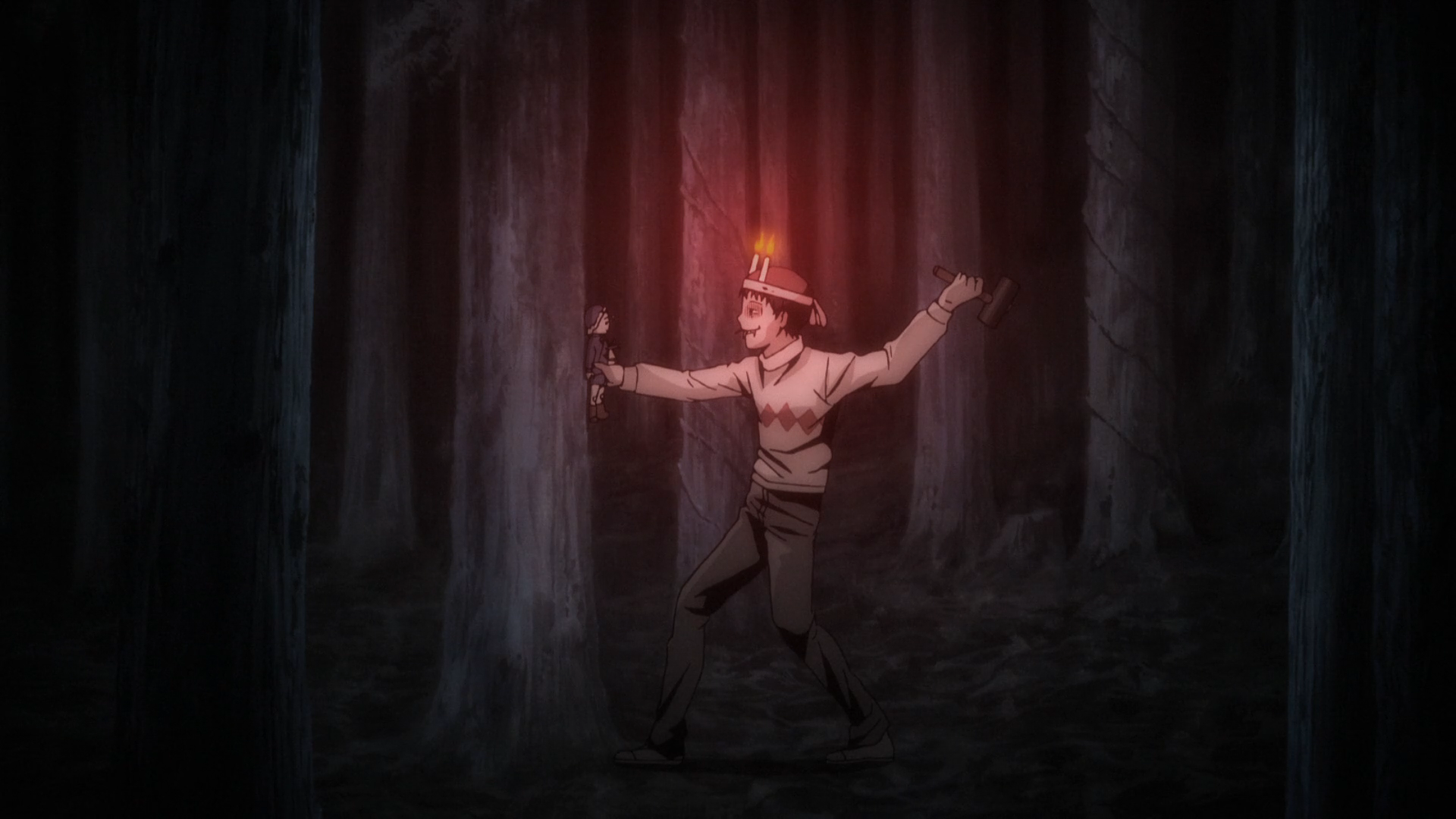 This anime anthology is my first real exposure to the works of Junji Ito…and I really wish it wasn’t.

I first have to question the choice of source material for this first episode. I’ve heard that Ito has done some dark comedies that utilize misdirection and I wonder if “Shouichi’s Convenient Curses” is one of them. There’s really nothing frightening about Shouichi. In fact, it’s kind of amazing that he has all these supernatural powers and he just wastes them on pranks that don’t even kill the victims. If this story is meant to be comedic in nature then I’m confused as to why it was adapted for what is meant to be a horror show.

After I saw the episode, I decided to read the manga this episode is based on for comparison. While it does seem like the anime staff were faithful to the source material, it almost seems too faithful. It follows the manga chapter panel by panel, sure, but, as a result, a lot of shots look far too static and the animation is limited to just filling in frames between the panels. Anything spooky lacks impact now that they in motion as opposed to jumping out at you because of how panels flow in manga. Adding sound doesn’t help either; the soundtrack is far too comedic and the voice delivery for Shouichi is too hammy to really be creepy or even funny in the right sense.

The second vignette in the story is admittedly creepier and more fascinating but it’s told in just a few minutes so anything horrific is too brief to be enjoyed.

I think if I’m to best consume and enjoy Junji Ito’s work, it should be with the manga he himself created and not this anime adaptation. Another drop for me. 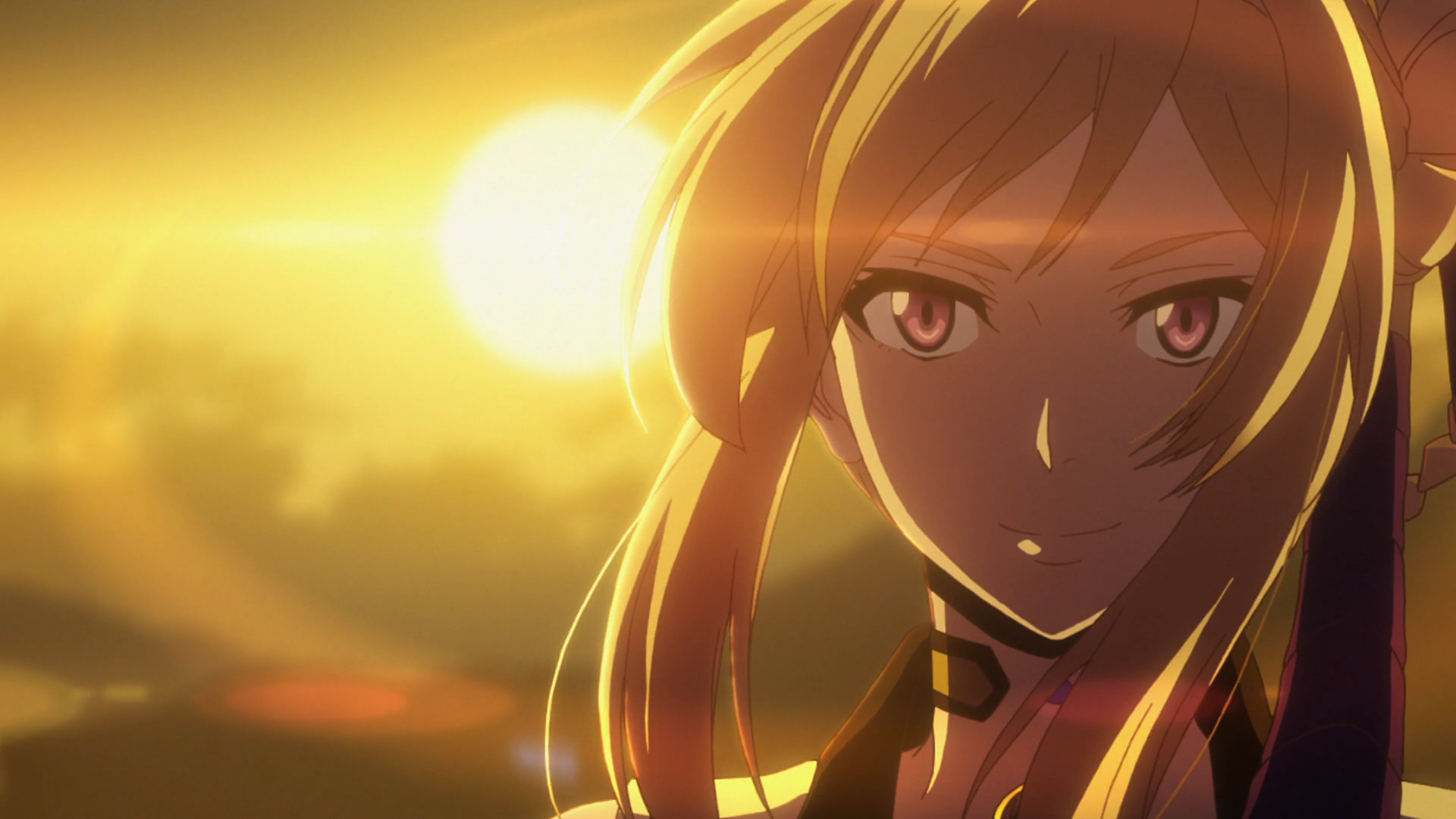 I didn’t preview Record of Grancrest War but there was a fair amount of buzz so I’m kind of surprised that the show somehow flew under my radar. There’s even some big names attached to the project as well. The light novel of the same name was written by Ryo Mizuno of Record of Lodoss War fame and the anime is being directed by Mamoru Hatakeyama who previously directed the excellent Shouwa Genroku Rakugo Shinjuu.

I suppose I didn’t pay much attention to the show because it looked like generic fantasy. And judging from the premiere, you’re most certainly getting a fantasy story here. You got warring kingdoms, social uprisings, magic, demons, some elaborate character designs, and even some internal RPG logic. Record of Grancrest War definitely has what you’d expect to see in a fantasy setting though I’m hard pressed to call most of it original or distinct. I’d also argue that things felt a little rushed; it felt like there needed to be two episodes to worldbuild more smoothly.

There was one thing that I did find super appealing about Record of Grancrest War and that was the female protagonist, Siluca. Her character design is admittedly eye-candy (though I do love how her cloak just floats behind her) but there is something interesting about her. The very minute she meets Theo, the male protagonist and an independent Lord, you can just tell that she has some elaborate schemes in mind for him. Just the act of forming a pact with him when she’s already contracted to serve another Lord allowed her to use some sort of loophole to overthrow that Lord’s tyranny. While Siluca seems to share Theo’s vision for a peaceful world, she’s clearly the one who’ll pull the strings in this quest. That’s a more interesting angle to take than just having Theo act all heroic and selfless. I don’t know if I’ll necessarily watch all of Record of Grancrest War but I am little curious to learn more about Siluca’s character so I’ll stick with the show for a little bit longer.

Katana Maidens ~ Toji no Miko is officially available on Crunchyroll and Funimation.

Junji Ito Collection is officially available on Crunchyroll and Funimation.

Record of Grancrest War is officially available on Crunchyroll.