A little late here but I had a stressful and exhausting week as usual so when my vacation started this past weekend, I really wanted to just decompress. Anyway, this Lightning Round covers the shows (both new and not as new) that I managed to see for the second week of Spring 2018. 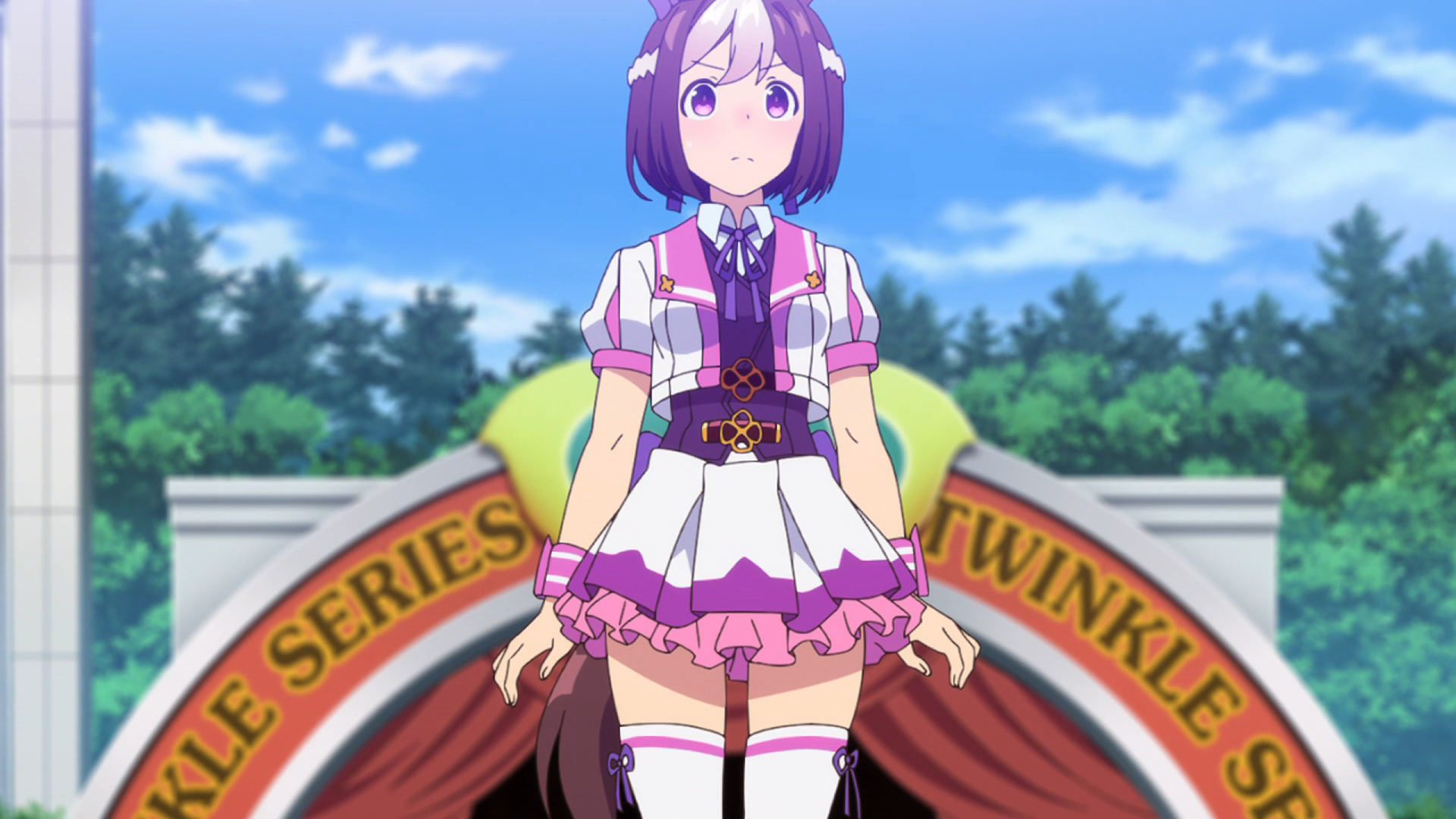 Going to bump this to Filler for now. Surprisingly, I’m liking Umamusume a fair amount. It’s far more earnest of a cash grab than it ought to be and the characters are likable enough to keep me interested. Also, I came to the realization that there’s something funny about how all the girls who are losing in a given race have to say that they’re losing out loud. I don’t get why they do it but just hearing it keeps cracking me up. 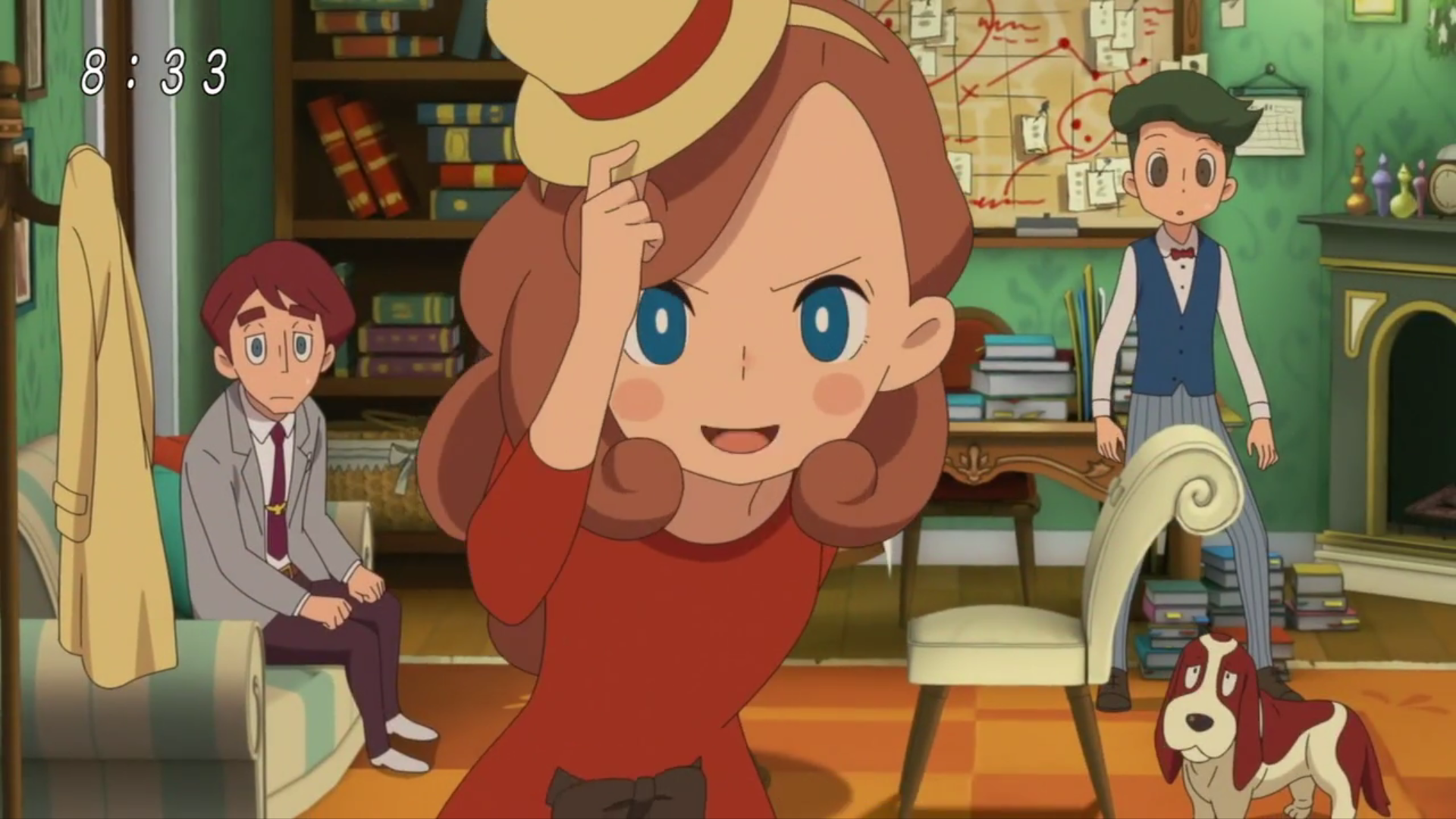 I’m all for a Layton TV anime though I can’t help but feel that the great Hershel Layton himself got snubbed the spotlight in favor of his daughter because of some recency bias. How fitting then that Katrielle’s show begins with her getting pissed that clients were looking to hire her dad instead.

Apparently, this anime is 50 episodes long and considering how self-contained this premiere’s plot was, I imagine this will follow the mystery of the week structure to justify such a duration. That does make me feel less inclined to watch it every week. I’ll probably just watch it on occasion like I do with year-long shows like Super Sentai or Precure. I had fun watching this though, especially with Kana Hanazawa’s energetic performance as Katrielle. 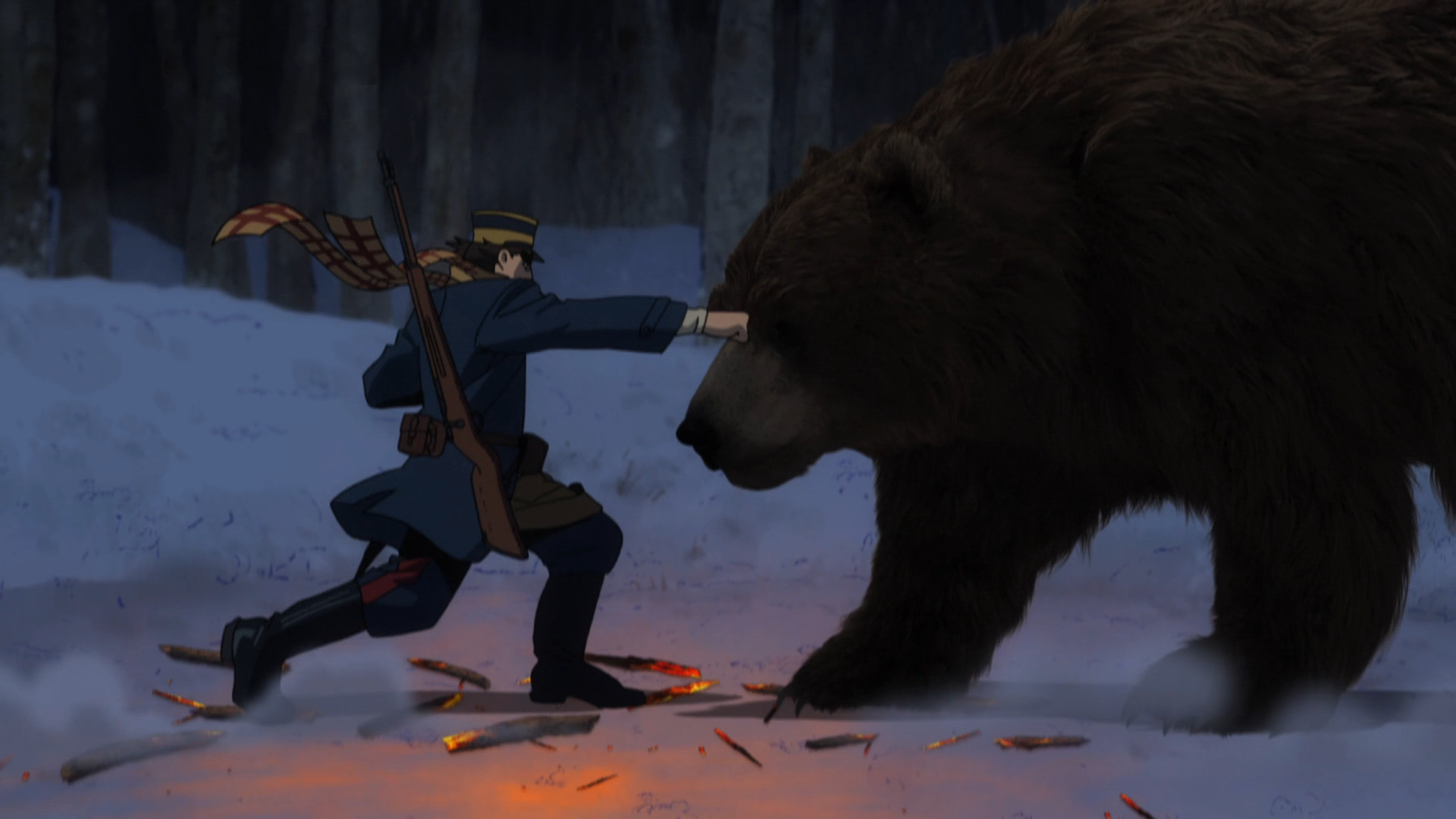 Oh my God, that CGI bear is ugly.

Other than that, I thought Golden Kamuy looked really promising. Mind you, it’s not the most amazing premiere. There’s a lot of exposition which I imagine is due to the need to adapt as much material in a single cour as opposed to how the manga was presented. I get that it’s set-up but it got blunt to the point that it made the darker aspects of Golden Kamuy‘s story lack the weight it ought to convey.

There’s plenty to like in spite of that issue. By default, it’s nice to see an anime set in the Meiji period (right after the Russo-Japanese War in fact) and the inclusion of the Ainu people is a pretty bold yet potentially interesting risk for Golden Kamuy to take. And on a basic character level, Saichi and Asirpa’s relationship is off to a strong start. There’s a nice contrast between the two with Saichi willing to dirty his already blood-soaked hands so that he can not only get treasure but also help Asirpa avenge her people without violating her own stance against killing. It’s a really compelling bit of chemistry, one that I’m curious to see how it’ll evolve in upcoming episodes. 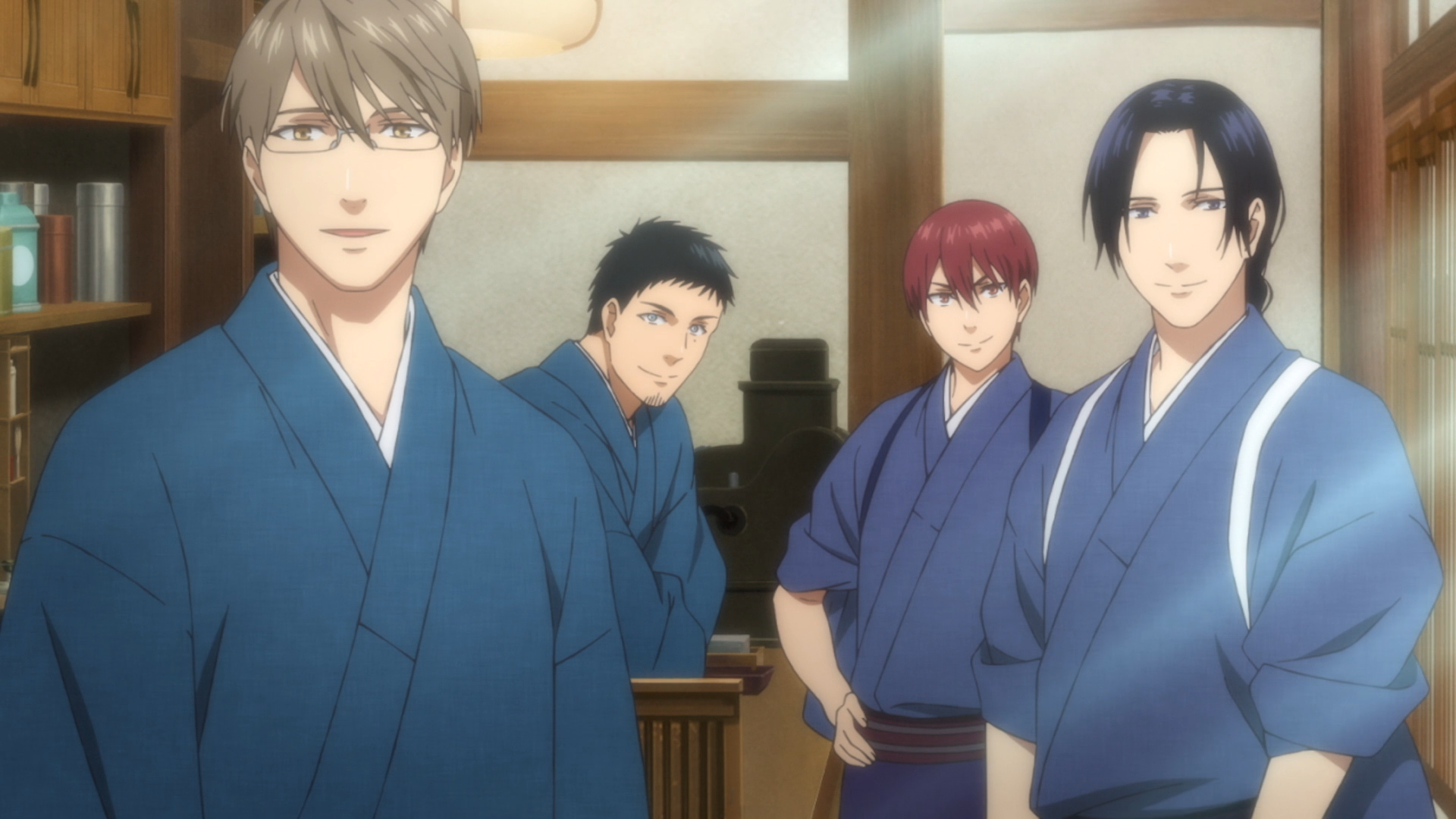 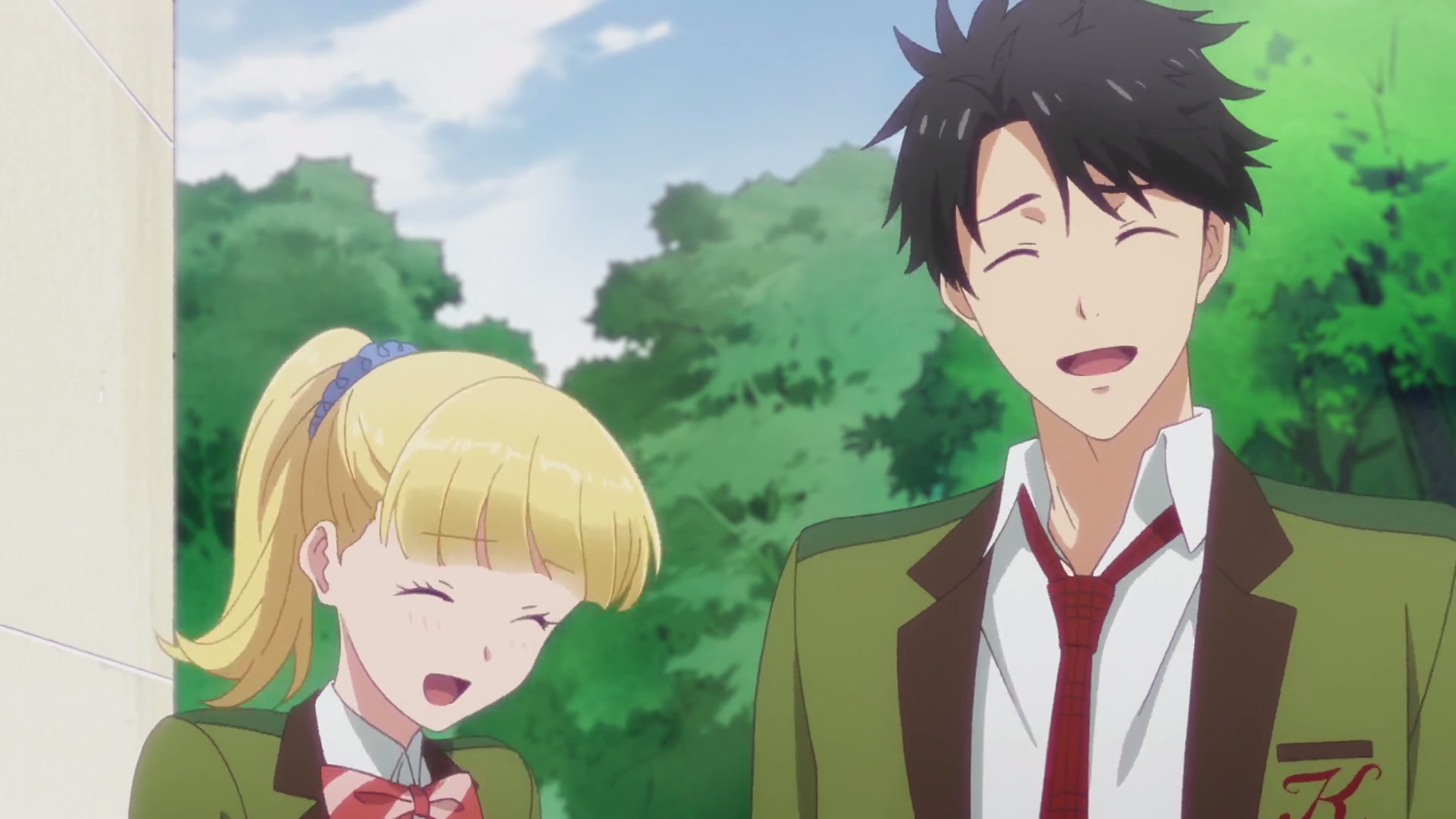 It was like 40 seconds in and already, Tada had me rolling on the floor with Teresa’s Rainbow Shogun shrine. Goddamn it, I was not prepared for that.

Anyway, the second episode was really entertaining, especially since we’re now properly introduced to the entire main cast. I doubt this will be as funny as Monthly Girls’ Nozaki-kun though I’ll try to be a bit fair here since Tada is an original property which means a lot more figuring out what kind of comedy best suits it. I had a fun time watching the photo competition though; those teenagers sure turn the simplest of picture taking into the most intense game ever.

There’s also been a few bits of foreshadowing lately. I have a feeling that Teresa is secretly royalty in some way and Hina is the gravure idol Mitsuyoshi is obssessed with. 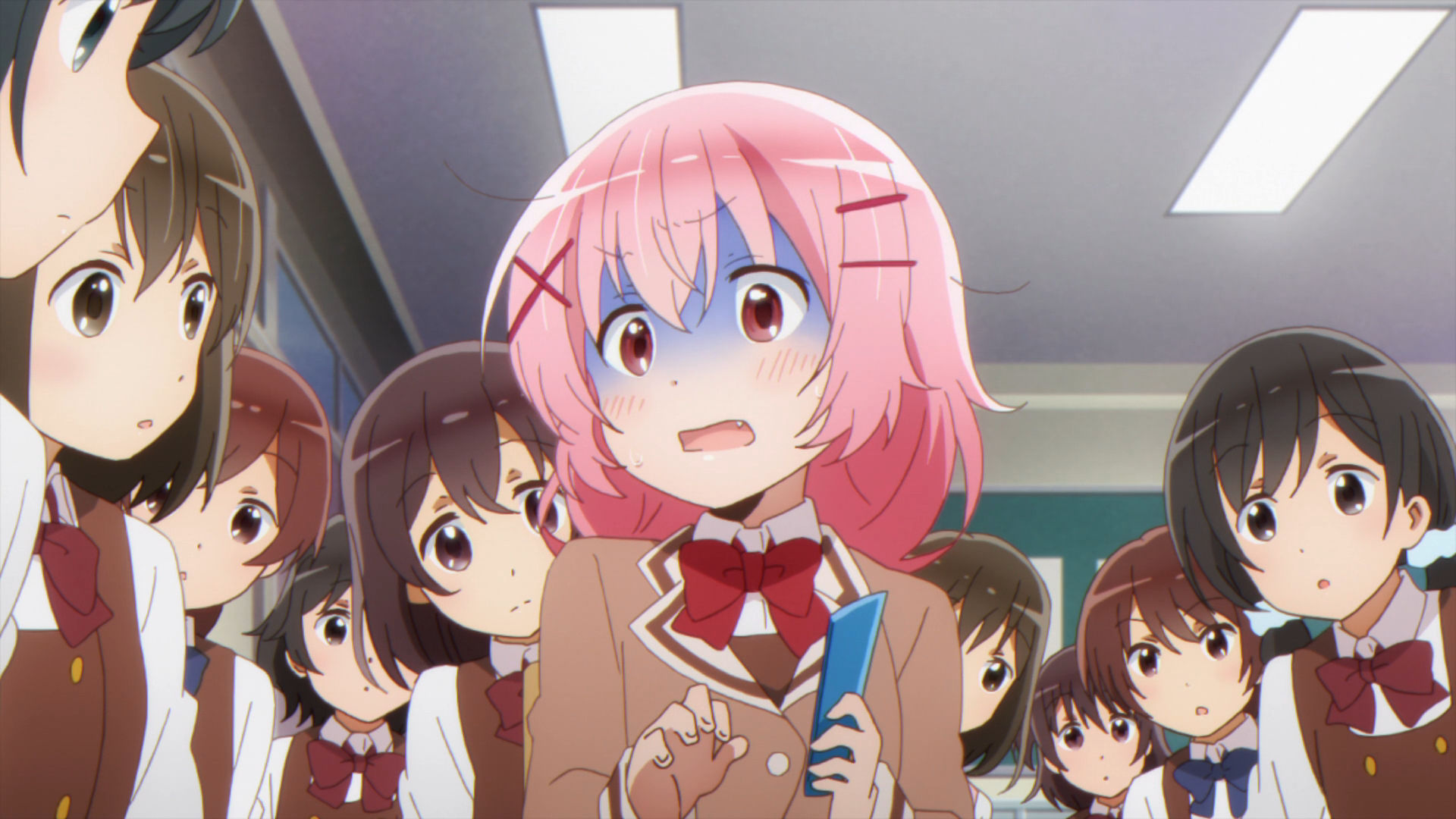 Bumping this one to Filler. It seems enjoyable enough. Actually, one notable thing I do want to bring up is that Comic Girls is doing a surprisingly good job with portraying Kaos’s anxiety beyond the usual “she’s a shy moe girl!”. I originally didn’t think much about the criticisms thrown at Kaos’s manga but seeing her freeze up at school made me realize that it does explain why she apparently can’t write believable characters. She’s so anxious that she struggles in getting to know people in general. I’m surprised with this kind of attention to detail and I’d love it for Comic Girls to stick with that.

Last Period: the journey to the end of the despair – Ep. 1 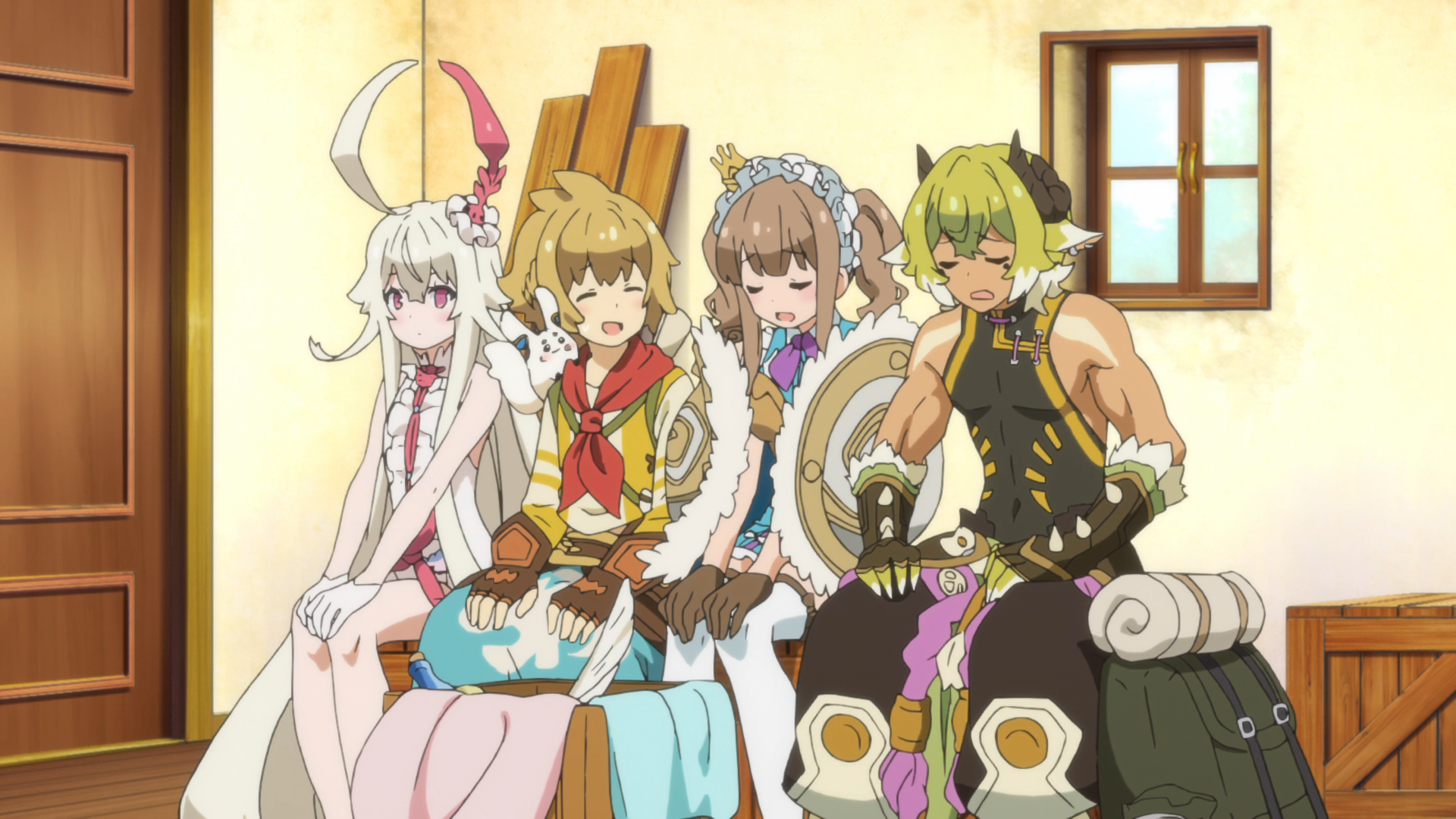 Eh, RPG-based humor is a dime a dozen these days. And don’t get me wrong, I did chuckle at some of the jokes Last Period throws out but I don’t feel inclined to see more. The character designs are nice at least. Another pass. 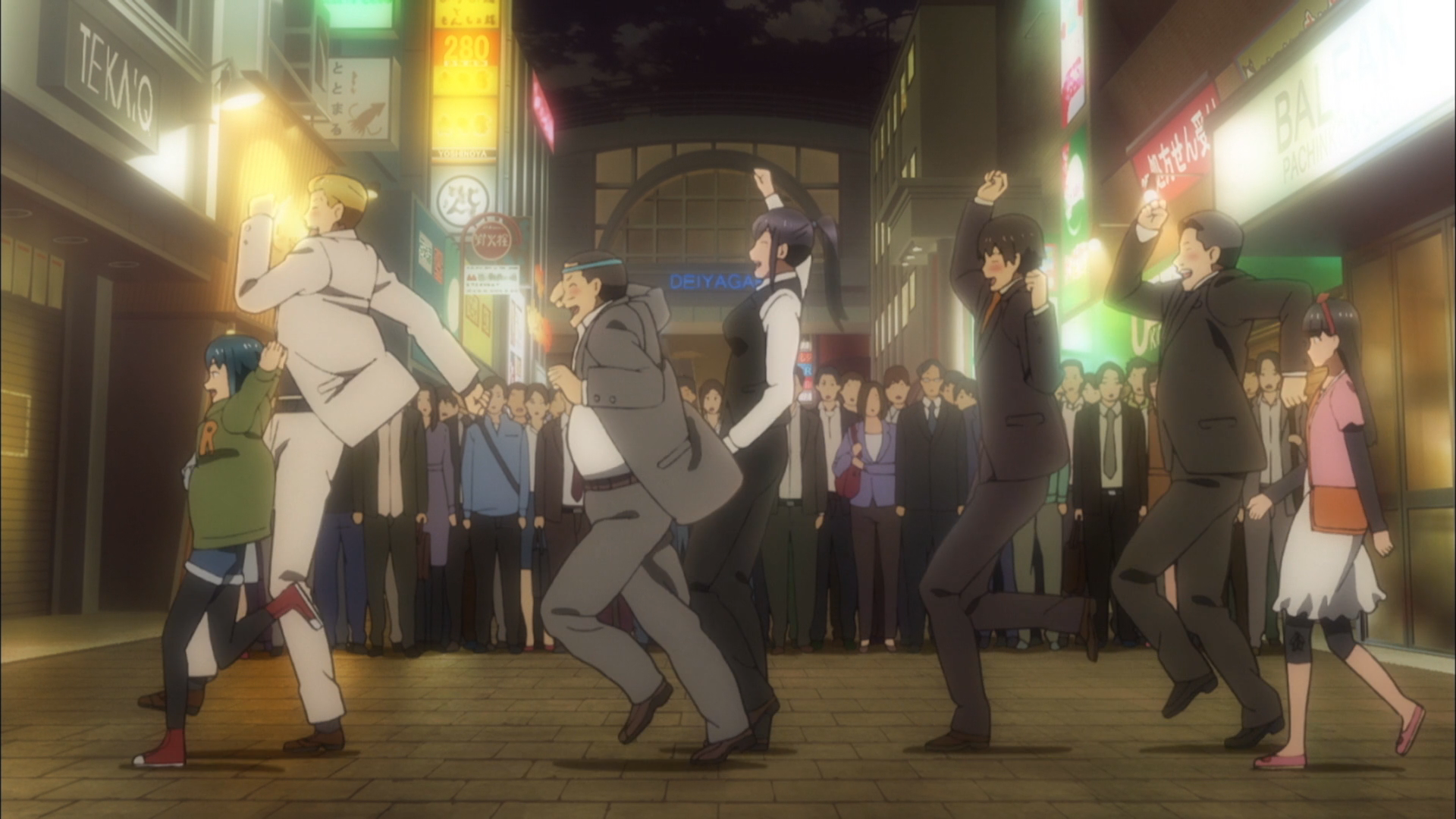 Okay, that was funny. I was laughing throughout the whole episode though where I really lost it was seeing Hina’s school friend, Hitomi, get grabbed into the former’s insane world and suddenly find herself a potential job as an underage bartender. Just describing it is putting a smile on my face. I doubt there’s a narrative in this show but if there’s going to be more weird shit like that, I’m all for it now. 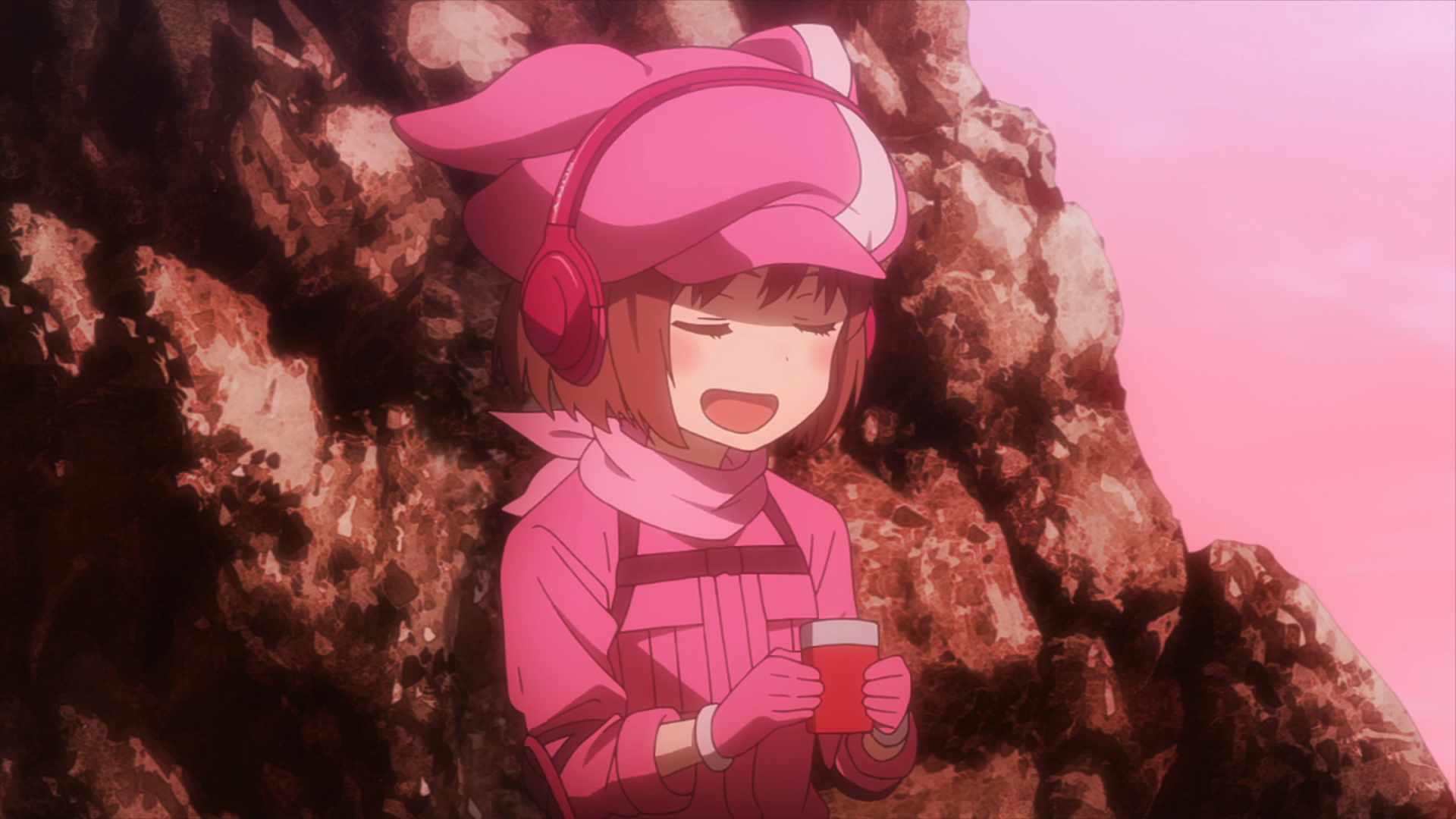 My opinions on Sword Art Online should perhaps be saved for another day but I want just to make it clear that I really don’t like the series and Alternative has done very little to change my mind. Even though there’s different creators attached to this one, this spin-off is just unable to escape the pitfalls of its parent story. The mechanics of Gun Gale Online make absolutely no sense be it how shooting works in that game or the fact that, apparently, you’re stuck with just one avatar that you can only keep in one game at a time. I can only think of two justifications to all of these: that this is the future and game designers got dumber or that the no one behind Sword Art Online has any idea how video games actually work and play.

I also just can’t buy into Llenn’s reason for picking up video games. She plays them on the offchance that she’ll be a loli….because she hates that she’s tall in real life…..that is just dumb on so many levels.

Oh well, at least it has 3Hz on the visual department.