You’ll have to excuse me for grouping stuff again. Right now, it’s the crunch period where you’re dealing with more premieres and more episodes of what premiered last week. I just can’t afford to fall behind. 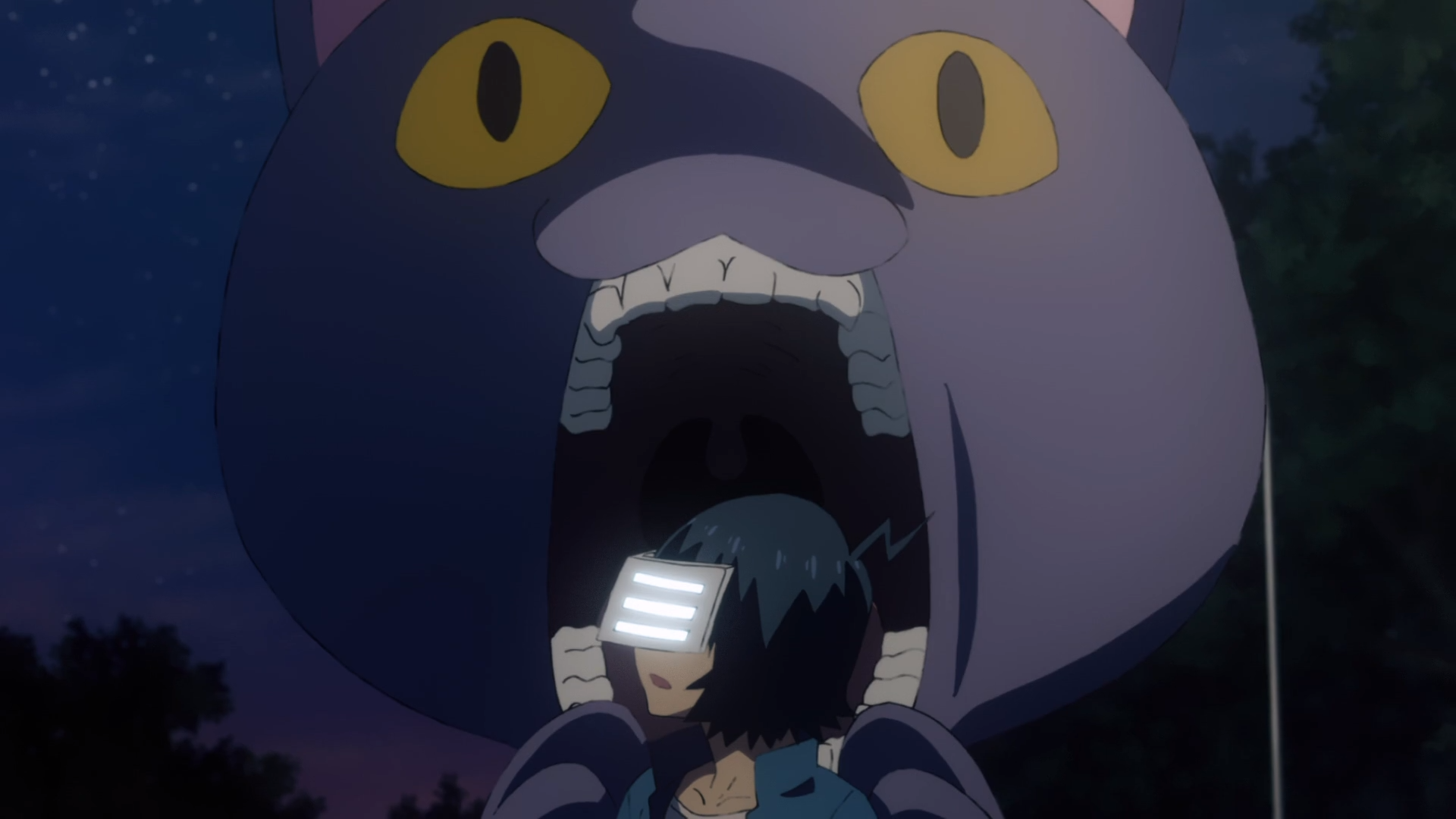 I have no idea what to make of this one. It kept my attention but I can’t decide if I liked it or not. One thing is for sure: this is a very weird show. There’s an amnesiac boy named Soya who’s under the care of a giant cat and a maid (did I lose you already?) who is tasked to fight a team of mech-piloting superheroes for revenge. I think that’s the gist of it though writing it out doesn’t help me understand it any more.

Now, the set-up is admittedly pretty compelling in that you don’t know who’s exactly the good guy. The superheroes seem like the kind of people you’d follow in a children’s cartoon but the implication that they may have had a role in the deaths of Soya’s family does antagonize them. Soya coming after them for revenge doesn’t seem like a noble cause but you’re introduced to him first and he has the sympathetic angle going for him. By no means, does this explain any of the weird stuff populating the screen but it is something that grabs your attention.

I feel that there are more readily appealing shows in the Summer season but if I have the time, maybe I’ll give Planet With another episode. 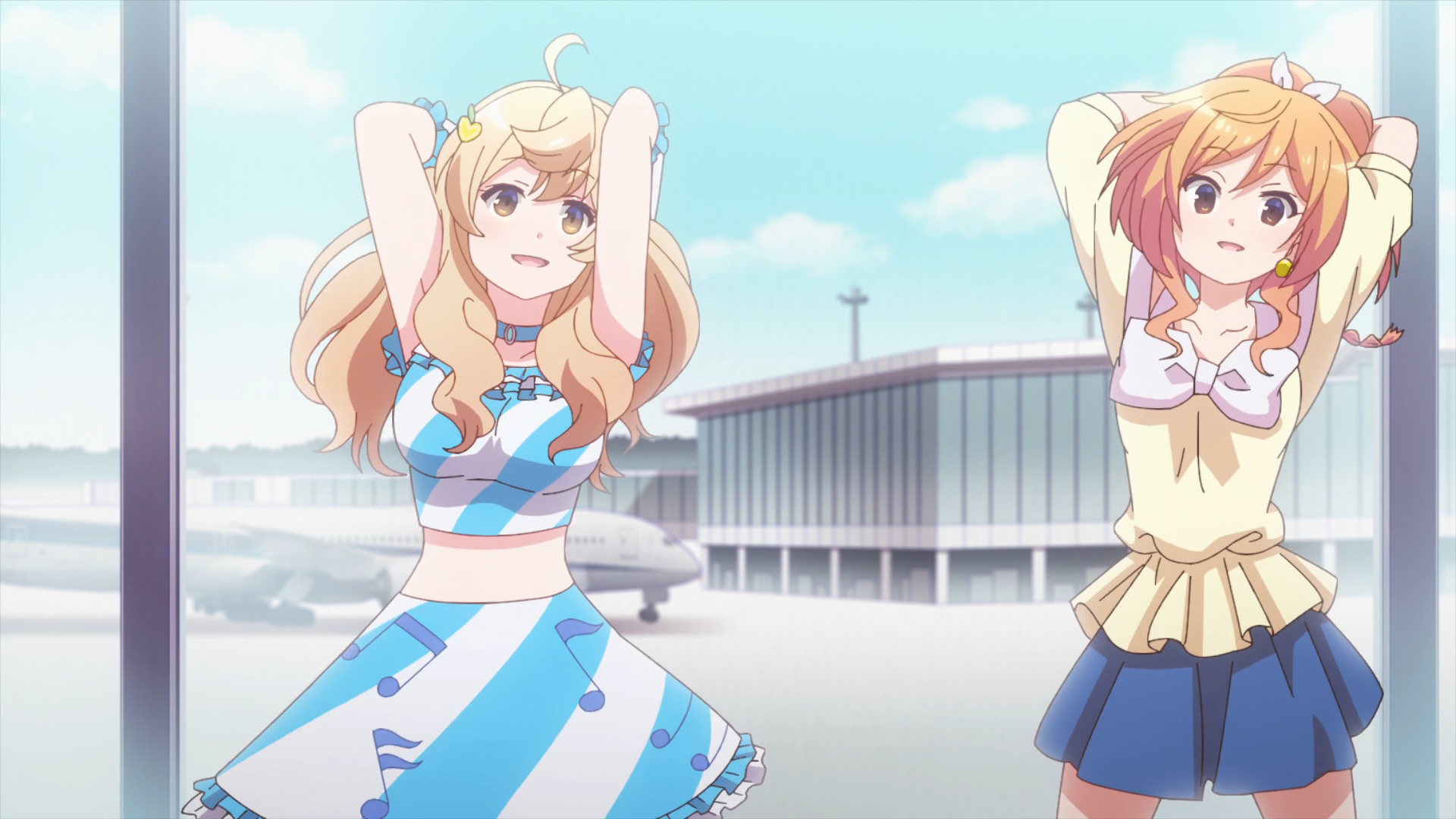 For the most part, I just thought Music Girls was generic (as if the title wasn’t a dead giveaway). The biggest and most common pitfall this show suffers from is that the cast is simply too big and very little is done to make you get to know them naturally. The one character who gets the most screentime is the protagonist, Hanako, though her peppiness is very one-note and her ignorance about idols is pretty dumb. I guess the punchline where you discover she is a great dancer but a terrible singer is funny but it’s also very predictable.

There isn’t much going for Music Girls so I think I’ll pass on this show.

Planet With is officially available on Crunchyroll.