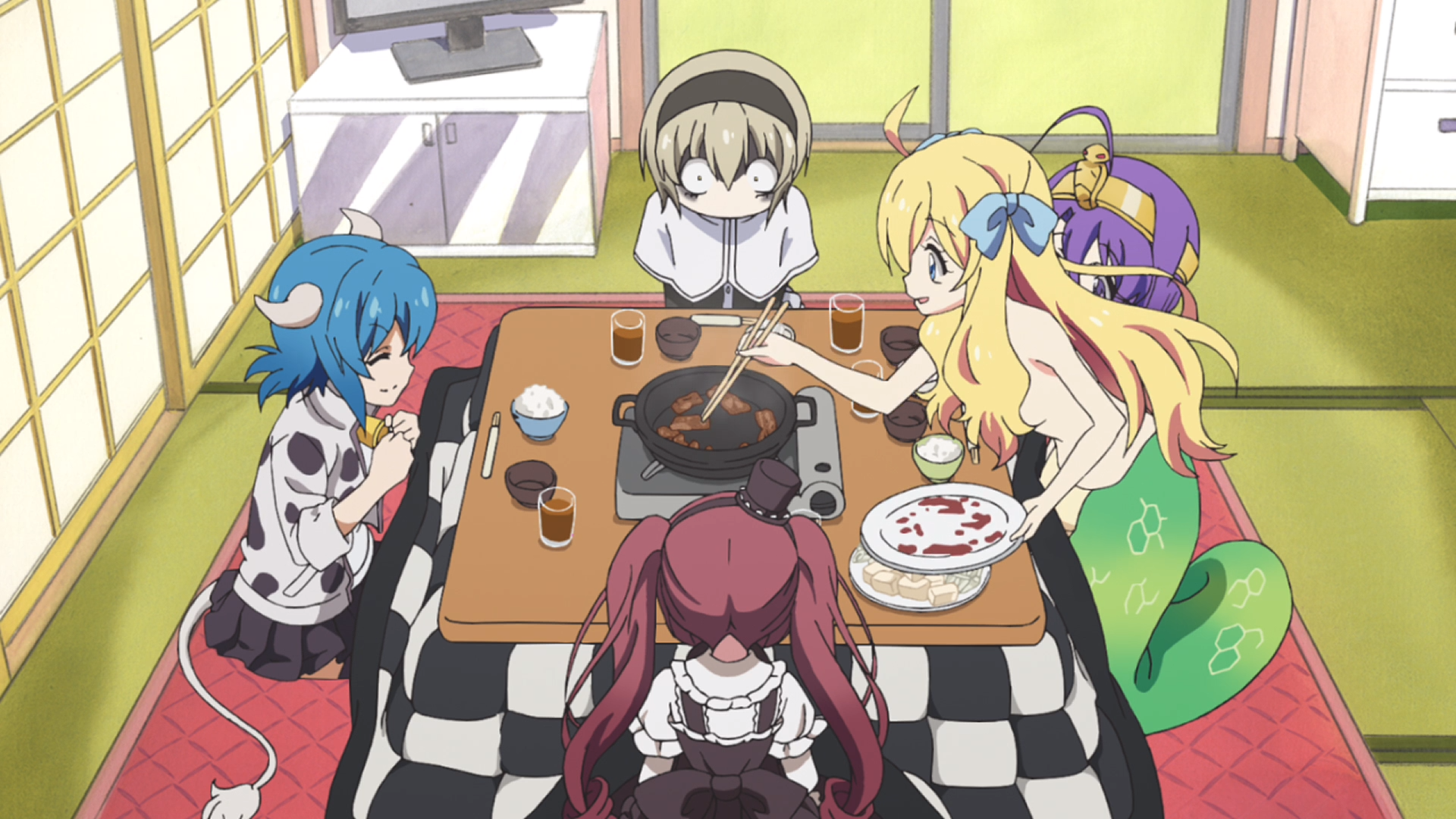 Come to think about it, there hasn’t been a ton of Monster Girl anime. You’d think someone in the industry would chase after the success of Monster Musume and Maid Dragon. And not that I want another trend to get carbon copied to death; I’m just stumped since isekai is still alive and well. I guess Drop Kick on My Devil has nothing to fear though; competition is looking to be pretty slim.

Drop Kick kind of reminds me of Maid Dragon in that it features a monster girl (in this case, a lamia) rooming with a mortal. There’s even a scene that reminded me of Maid Dragon‘s Tohru where Janshin’s tail is offered as food. Tonally though, Drop Kick airs more on the mean-spirited and violent side. Janshin is constantly trying to kill her host, Yurine but it seems that in every attempt, Yurine is one step ahead of her and things go south in bloody fashion. I personally found it a little funny but it’s not necessarily the kind of comedy I’d want to watch every week and if you’re not fond of violent humor, then you should probably steer clear of it.

I will say this though: the character designs in Drop Kick are pretty good. I’m a bit of sucker for Gothic Lolita so I thought Yurine looked pretty cool. I think my favorite one out of the cast though is the angel character, Pekola. Her bulging, sunken in eyes really sells how hungry and homeless she is. It made me feel really sorry for her. 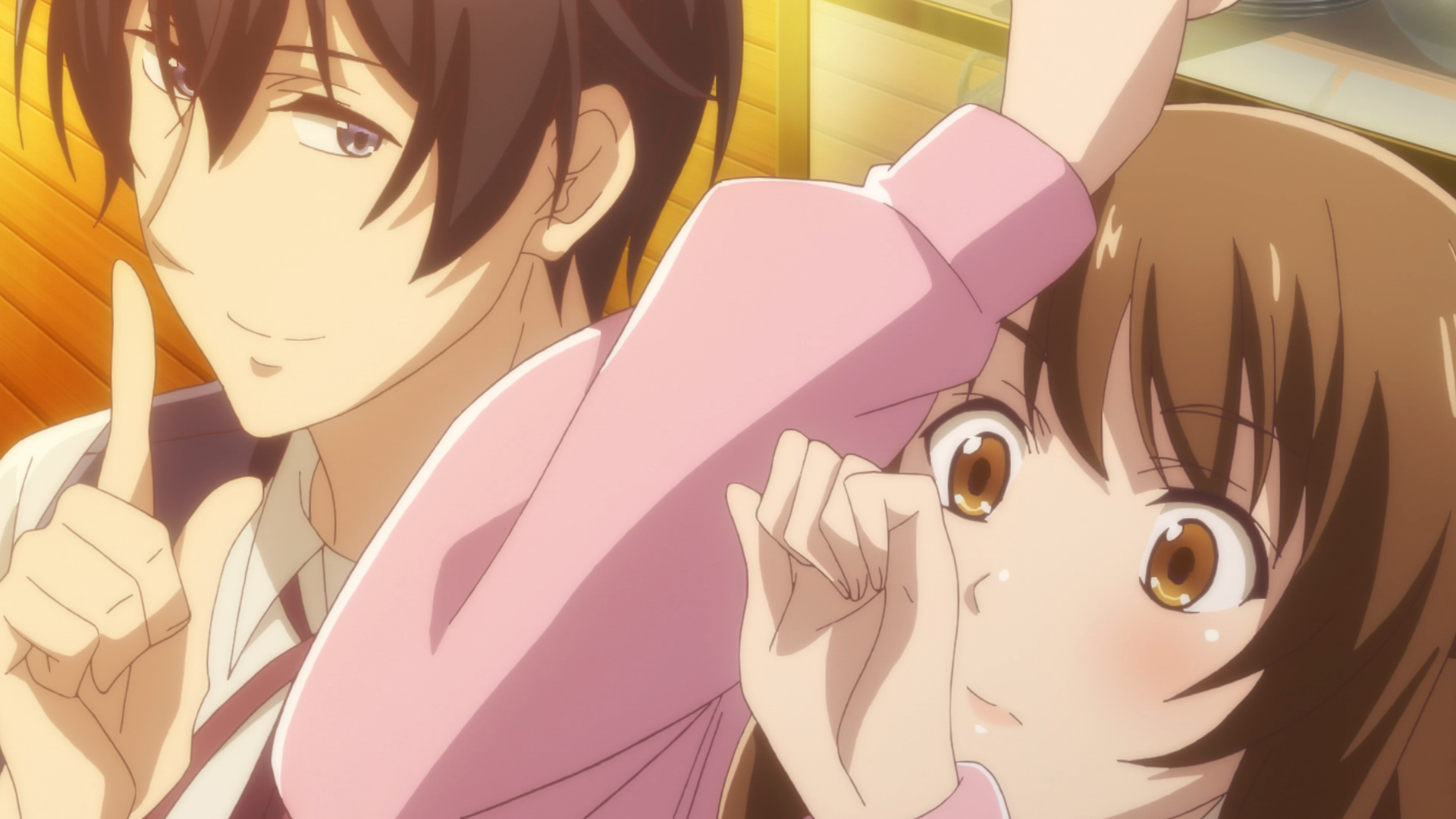 Judging from the title, I was wondering if this is about Sherlock Holmes reincarnated as a Japanese high schooler. I don’t know, anime has made my mind go to places. In my defense, Sherlock Holmes weirdness has already peaked with Sherlock Holmes in the 22nd Century. In actuality, Holmes of Kyoto centers around a young man who has “Holmes” as a nickname, due to his attention to detail as an antique appraiser and as pun on his actual name.

I’m curious as to what kind of show this truly is. The introduction airs on the side of iyashikei but there’s potential for Holmes of Kyoto to become a straight up homage to its namesake. Holmes pretty much acts like the detective and his assistant and possibly love interest Aoi could easily fulfill the John Watson niche. The set-up is clearly there and I hope it’ll go that direction since an antique appraiser turned detective sounds kind of neat. Honestly, that whole appraisal aspect is actually a really good angle in explaining why a Sherlock Holmes-type of character would be that attentive.

This seemed interesting enough so I’ll give it one more episode.

Drop Kick on My Devil! is officially available on Amazon.

Holmes of Kyoto is officially available on Crunchyroll.