A little bit behind on the First Impressions. Apologies for that. I spent most of yesterday hanging out with friends and watching Venom in theaters…interpret the latter however you will… 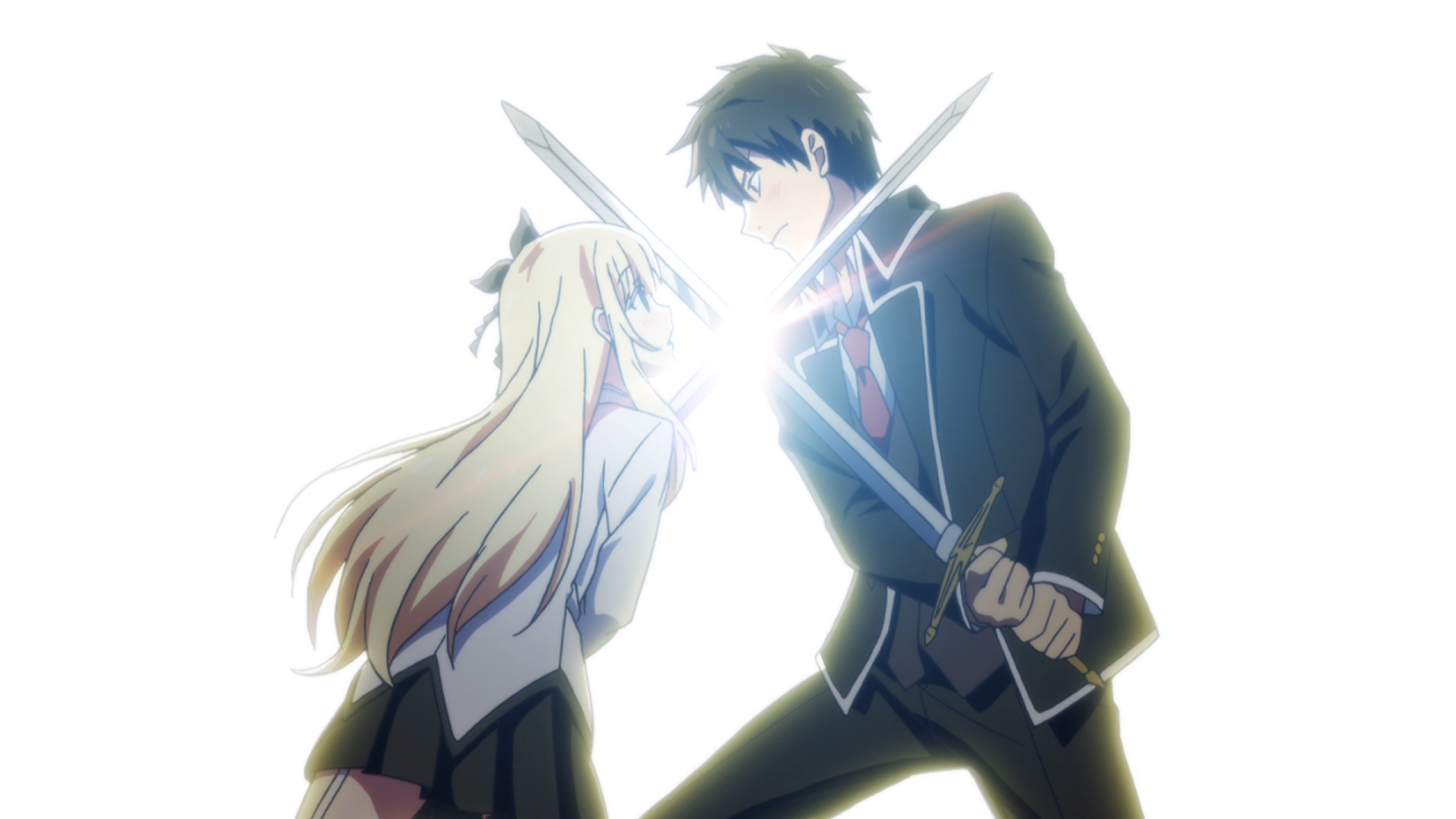 Romeo & Juliet as a shounen romantic comedy? Sure, why not? It wouldn’t be the first weird take on Shakespeare and it certainly won’t be the last.

I actually found this premiere to be pretty enjoyable! Oh, it’s dumb. Really dumb. Turning the Montague vs. Capulet conflict into this weird proxy war between academy students from two different nations is downright silly, especially with the deliberate black and white colors and dogs vs. cats symbols. It’s very on the nose is what I’m trying to say.

By the end of the episode though, I found myself really digging the main characters. Romio’s admittedly the simpler of the two but I had fun watching him struggle to confess his feelings to Juliet and realize him deliberately holding back during his fights against her was being interpreted as a sign of disrespect. Him owning up to his mistake and muster the courage to ask her out during their duel felt very triumphant. Meanwhile, Juliet’s character has a lot of potential with how assertive and ambitious she is while dealing with the pressure society has on her. The scene where she genuinely encourages and cheers up some of the Black Doggy children particularly demonstrates her nobility. Also, having her pretend to be a tsundere now that she’s in a secret relationship with Romio makes way too much sense and I kind of want see more of that in later episodes.

All in all, I’m pleasantly surprised with this. I don’t know if any of us should expect anything deep out of this but maybe something this silly will still be worthwhile. One thing that does worry me is the emphasis on all the different female characters in the promotional materials. Is this going to be a harem anime because that would be an awfully bizarre take on Romeo and Juliet. Still, I was entertained on Episode One so I’ll check out the next one. 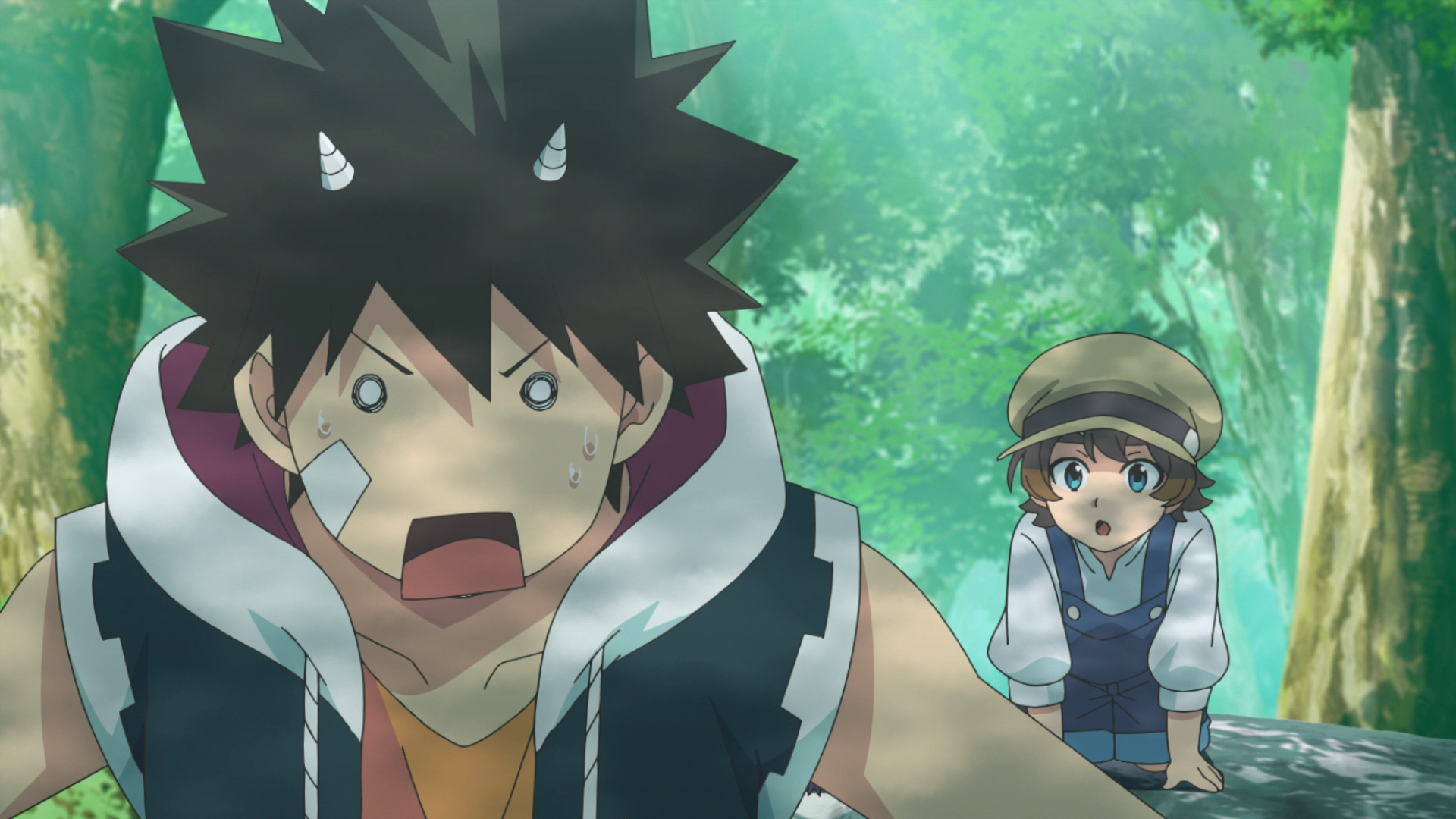 I’m afraid of coming across as a bit harsh here. Believe me, a French comic published in Japan getting an anime adaptation is a big deal for the anime industry in terms of inclusiveness. But if I didn’t like it, I just didn’t like it and, well, I didn’t like what I saw of Radiant.

Mind you, the premiere isn’t terrible; it’s just pretty generic and forgettable. Seth is just your average, happy go luck, “never give up” shounen protagonist and while I am super happy to see Romi Park in a starring again, Alma is just your average cranky mentor. The setting is your typical fantasy land and the whole issue surrounding the fear and disrespect for mages is nothing new either.

I guess it’s all perfectly functional. At the very least, it didn’t make a stink the same way Black Clover‘s first episode did. There are, however, more appealing alternatives out there so Radiant is going to need to really assert its identity if it wants to people to stay for 21 weeks.

Radiant is officially available on Crunchyroll.