I am one of those unfortunate souls who had to wait a couple more days to get Super Smash Bros. Ultimate. I normally get games on release day via Amazon but I wanted to get the Special Edition and at the time, Gamestop was the only one who had it pre-ordered. It sucks because Gamestop doesn’t offer free same-day shipping at all but since this is a fancy, “limited” Nintendo product, you’re always better off holding onto whatever pre-order you got your hands on.

So what does this Special Edition come with? Well, not much really. The game itself comes with a steelbook which is admittedly always a plus. But apart from that, you just get a Smash-themed Switch Pro Controller. Not exactly the best bundle and given the individual MSRP of both products, you’re really not going to save much. Plus, when you factor in scalpers…yeah, you definitely won’t save money on this. This is, without a doubt, for those who love collector’s editions too much for their own good or have money to burn. I happened to be both… 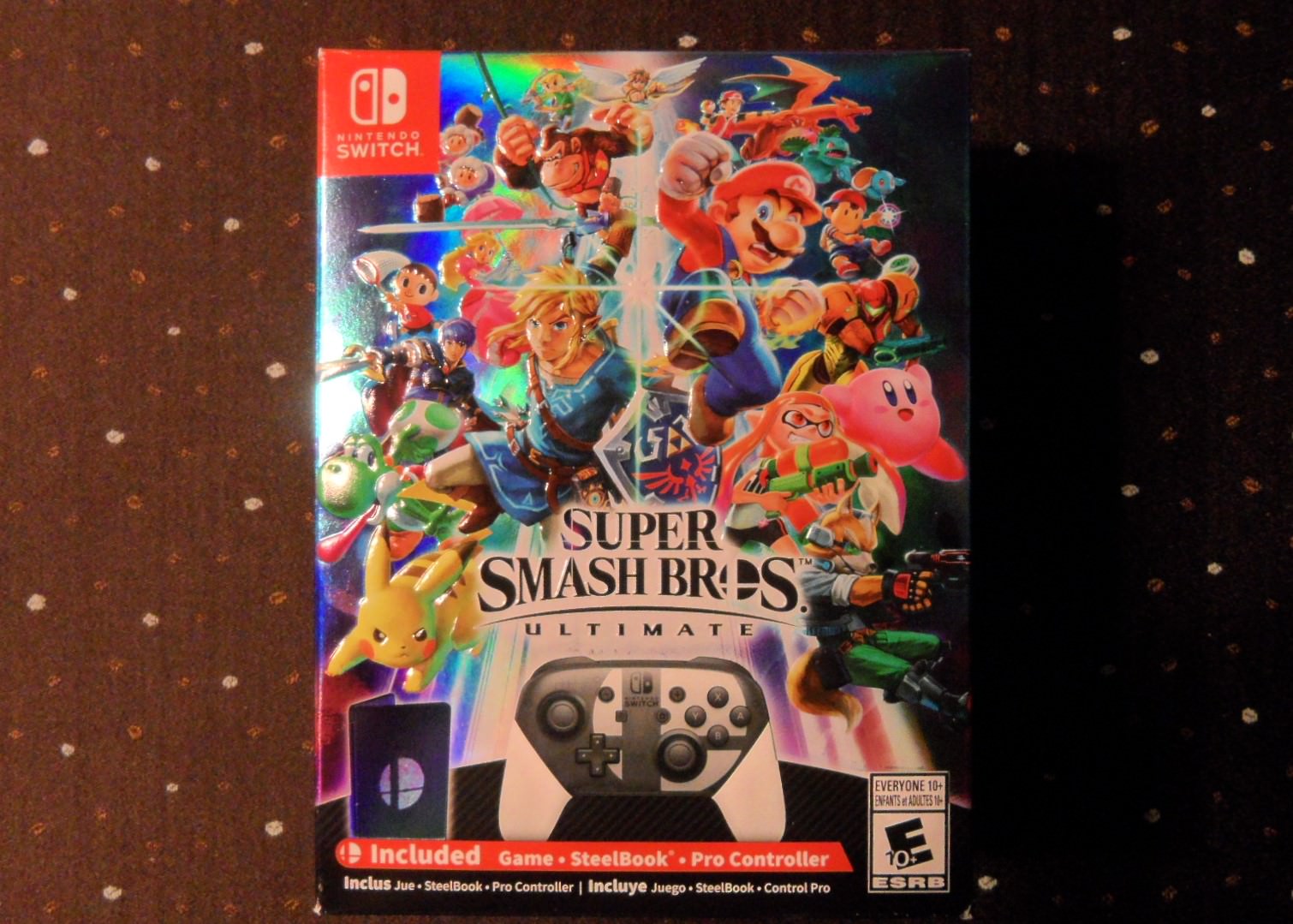 I’m aware that I don’t have the best camera but man, trying to take a picture of this darn box was tricky. It’s largely the same cover art as the standard edition but in fancy, shiny foil! It looks great for the naked eye, don’t get me wrong, but boy did the light reflecting off it annoy my camera.

Also, yeah, my box has a few scuffs around the corners and folds. It was bound to happen, especially, because Gamestop shipped this game in a box twice as a big for some dumb reason. I do get a little OCD about that but I learn to just accept the cardboard as is and given scalpers, replacing the box would be a huge hassle. 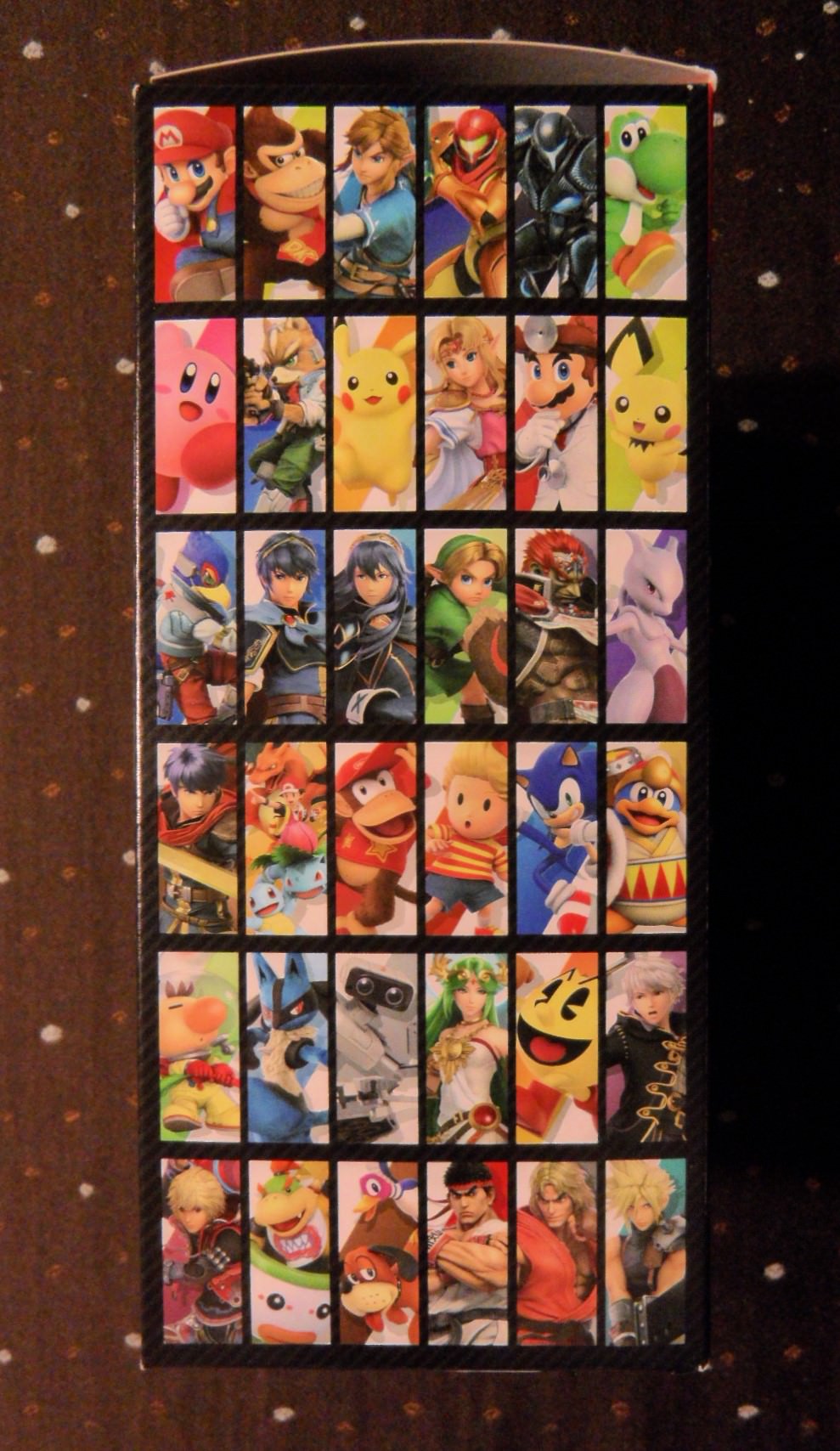 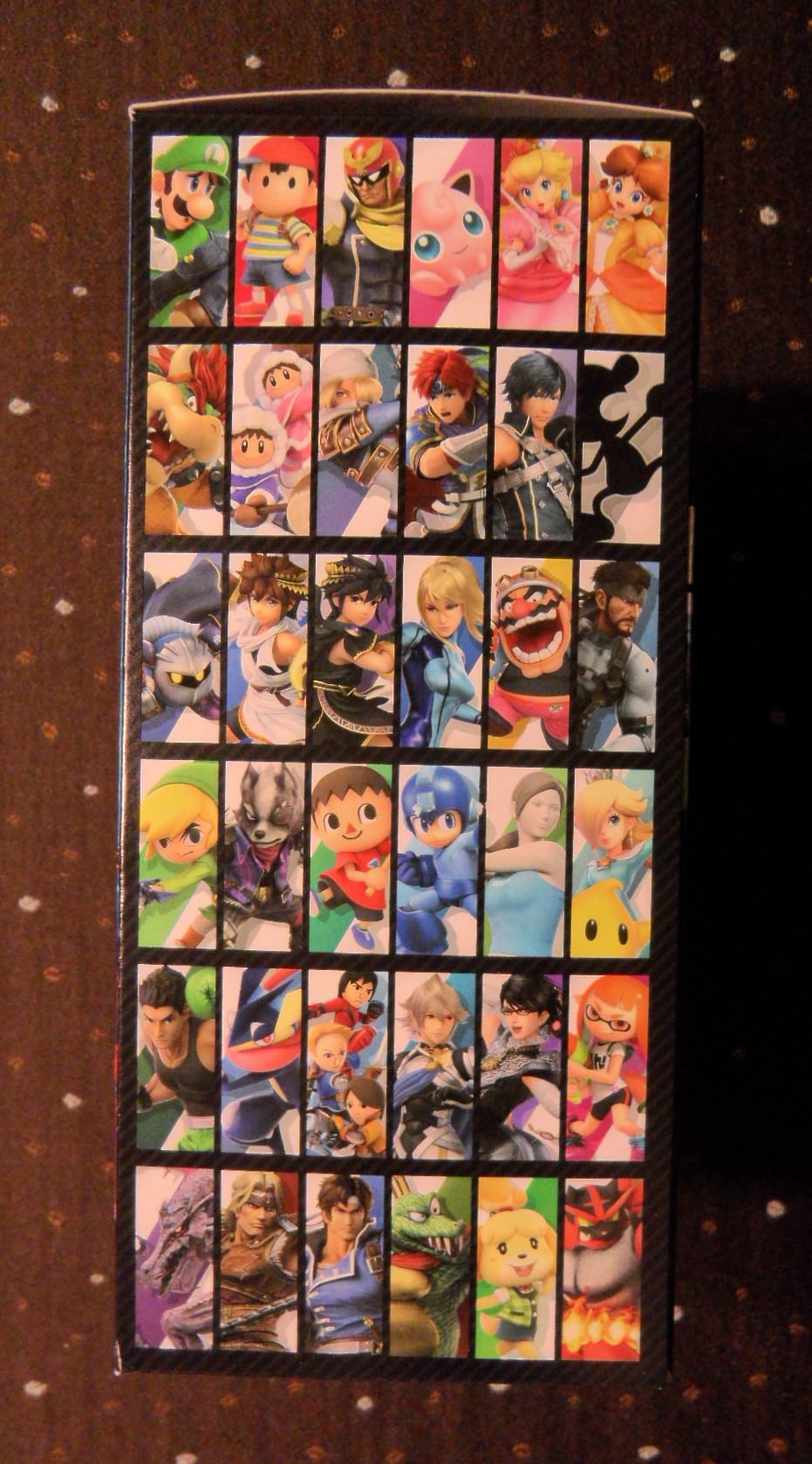 Here’s a really great touch. The sides of the box show off everyone in the base roster in the order established by our Lord and Savior, Masashiro Sakurai!

In case anyone asks: my traditional mains in Smash have been Link, Fox, Kirby, Zero Suit Samus, Robin, and Shulk. I’m sure they’re all not that high in the tier list but I don’t play Smash competitively so no one ask me to 1v1. 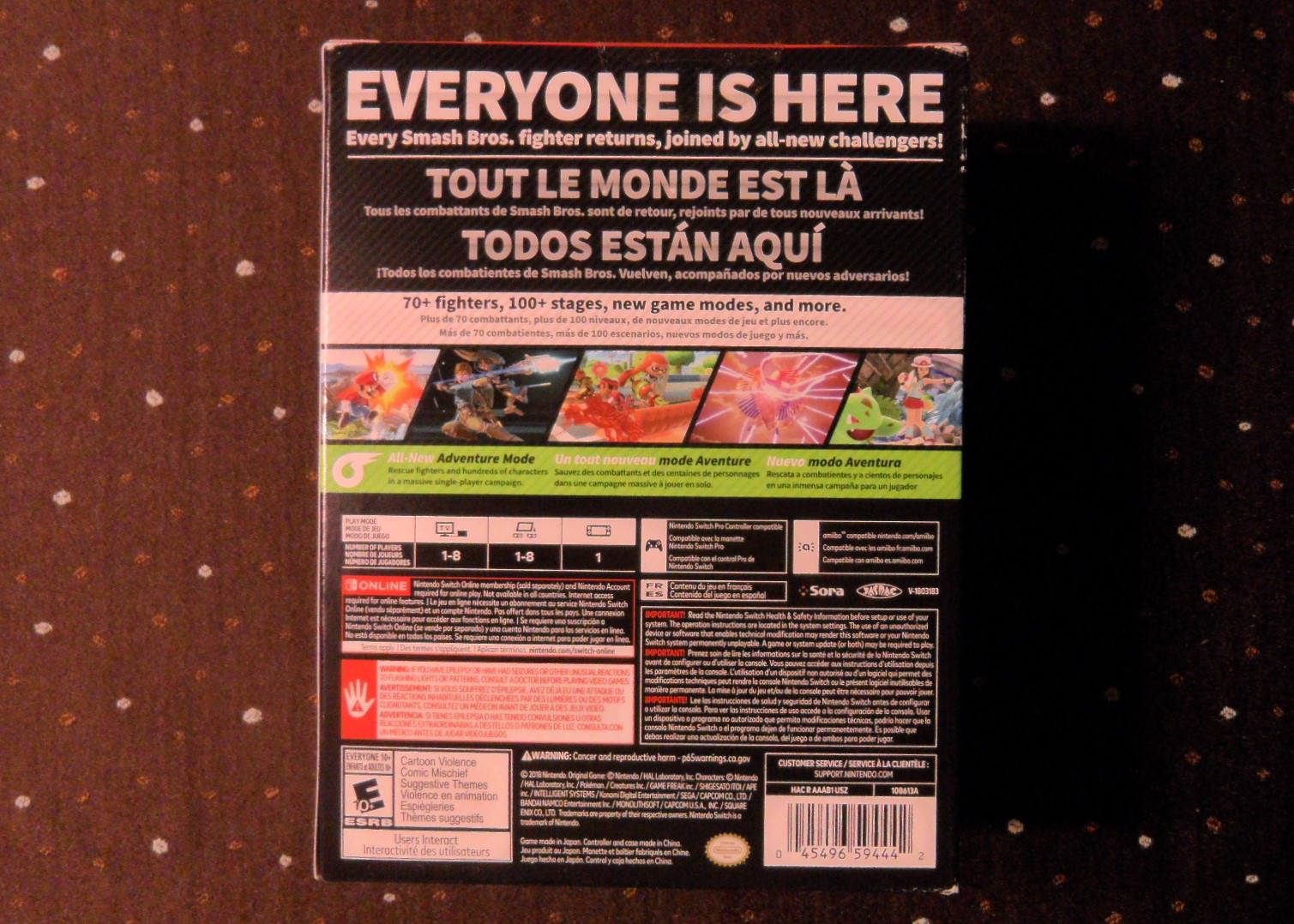 Everyone is here indeed! Well, except for Waluigi but what can you do? I personally still wish Lyn from Fire Emblem would be playable. 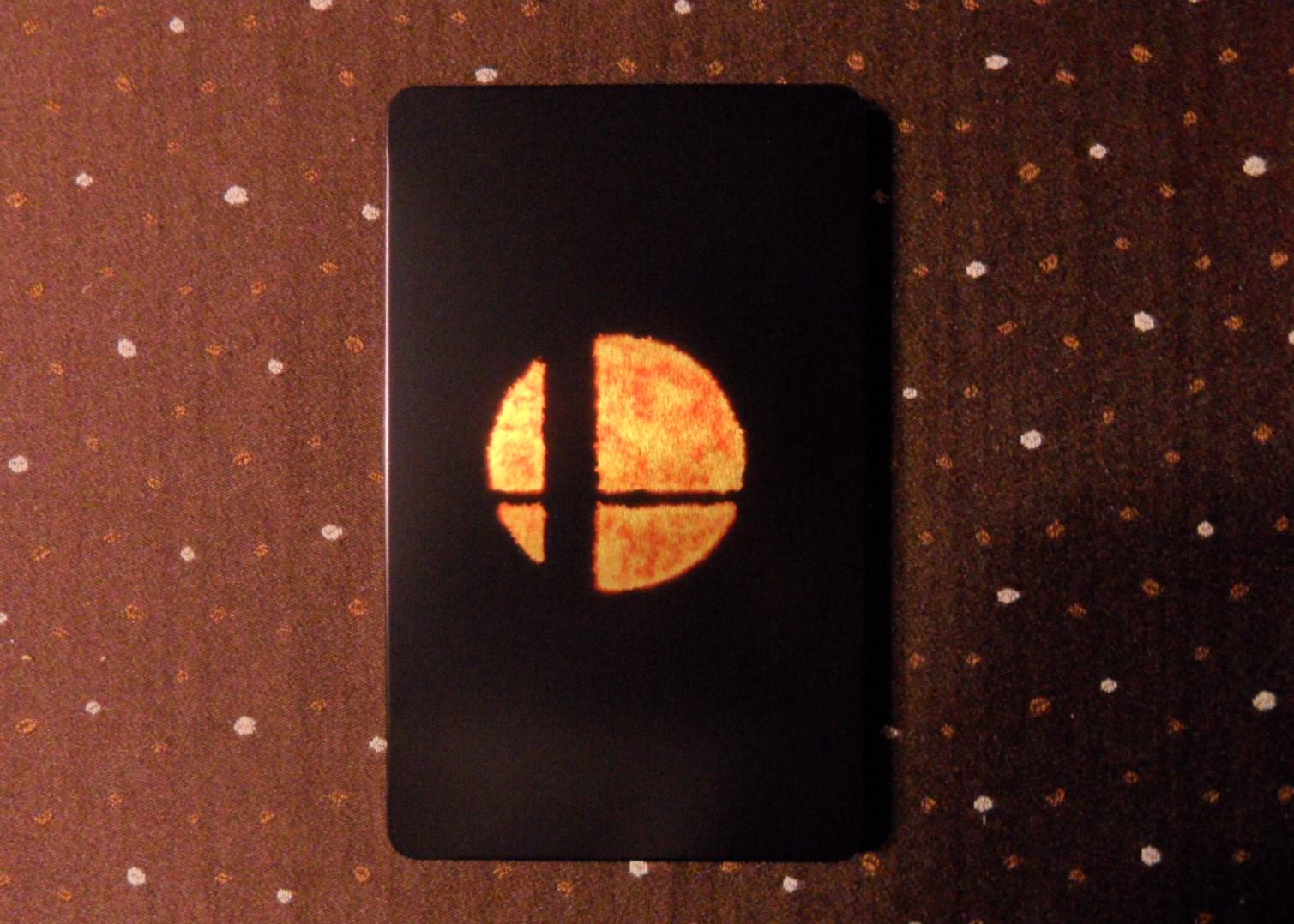 Here’s the steelbook. I’d also show the back but it’s just pitch black. There isn’t even any title on the spine label. I can imagine some people finding issue with how minimalist this looks but the flaming Smash Logo against the black background does look awesome. 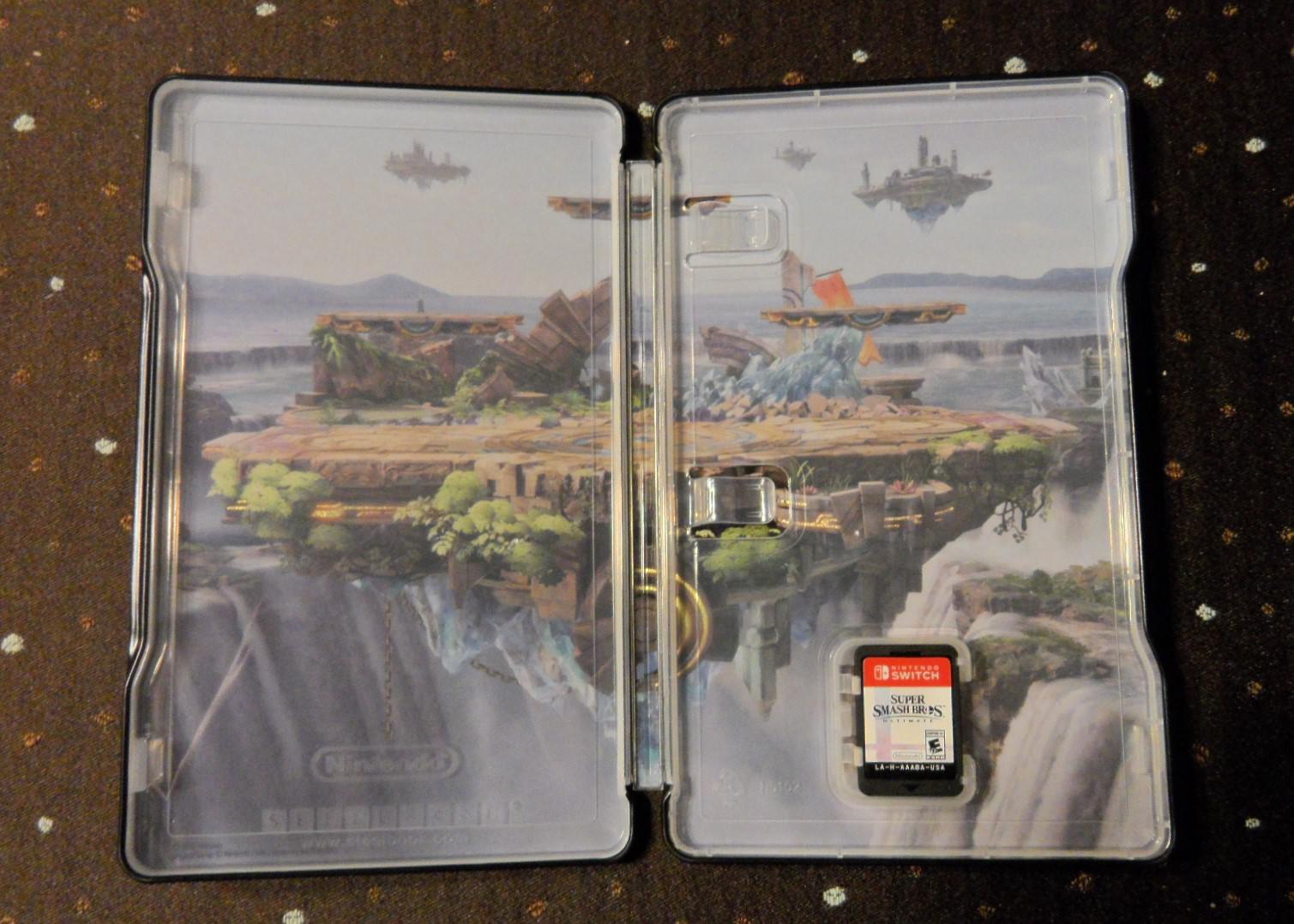 Inside, you have artwork of Ultimate‘s version of “Battlefield”. I kind of wish there were characters fighting each other in the art but this suffices. 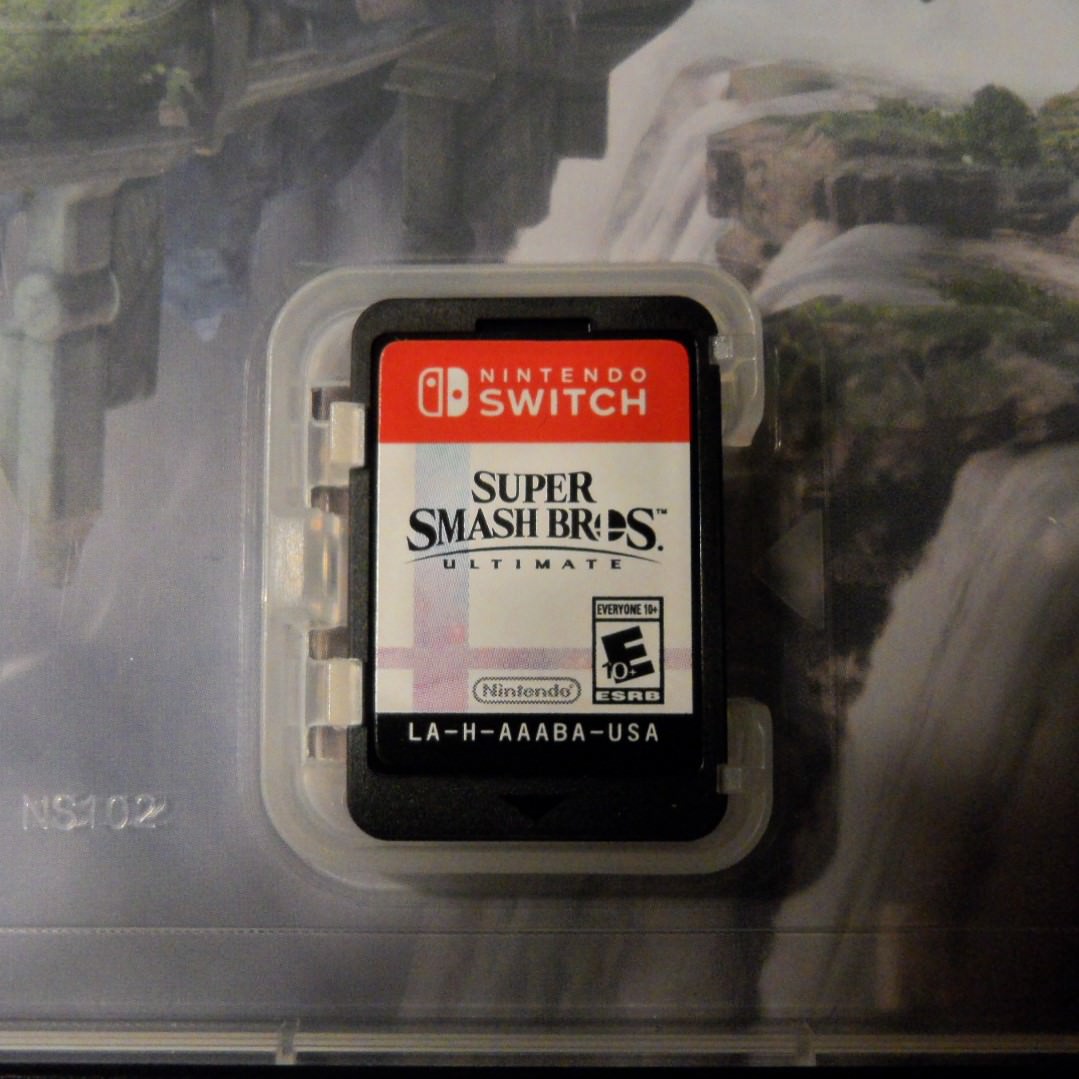 And of course, here is the game cartridge. 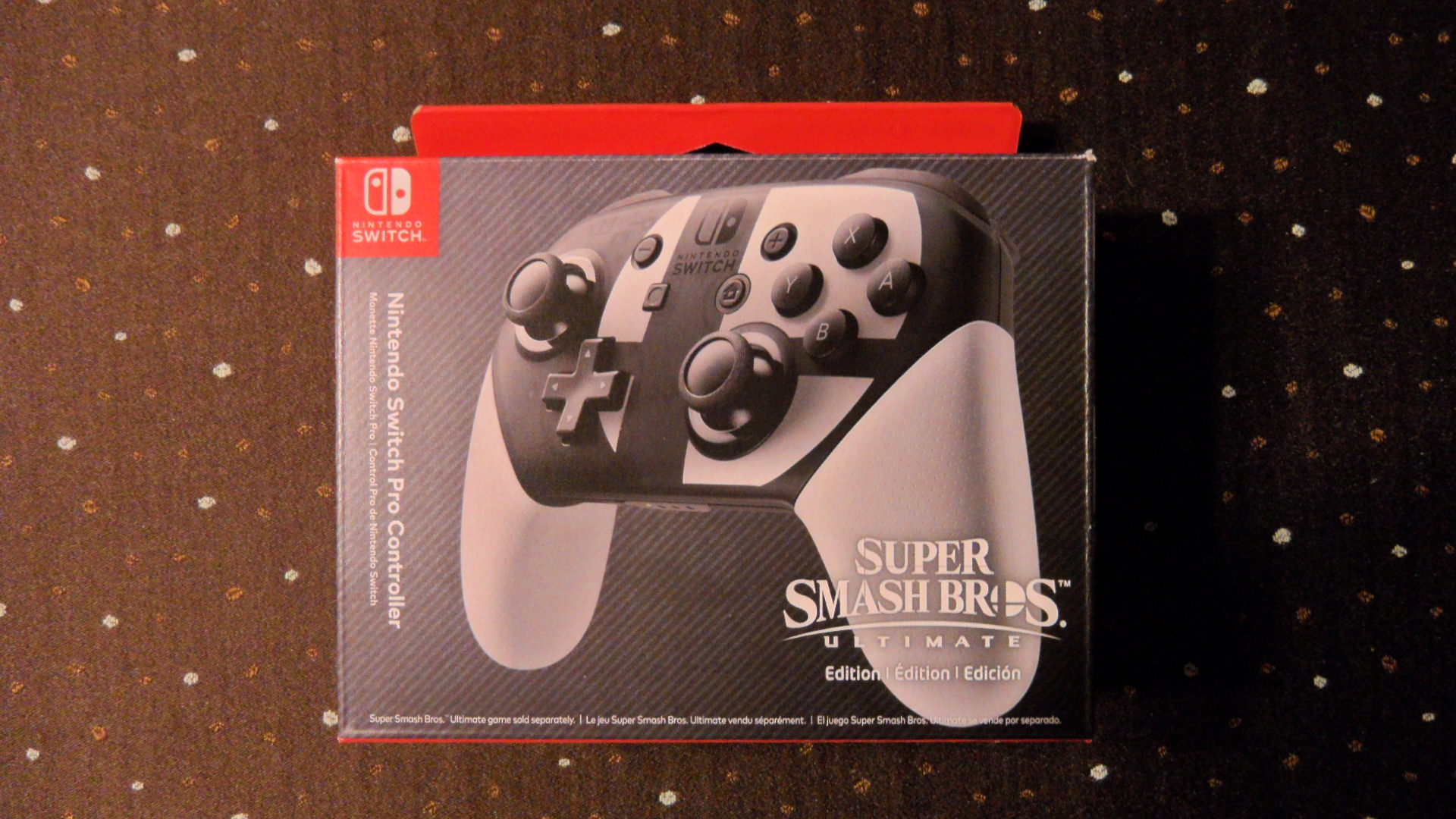 So here’s something that stood out to me as odd. This controller comes into a regular retail box. That would be fine and all but in order to make this fit in the box, someone had to fold the top flap inward. So, when you take it out, it’s all bent. I don’t really get it. This isn’t going to be hung up on a store counter by itself so why not make a box without the flap? Ah, whatever. 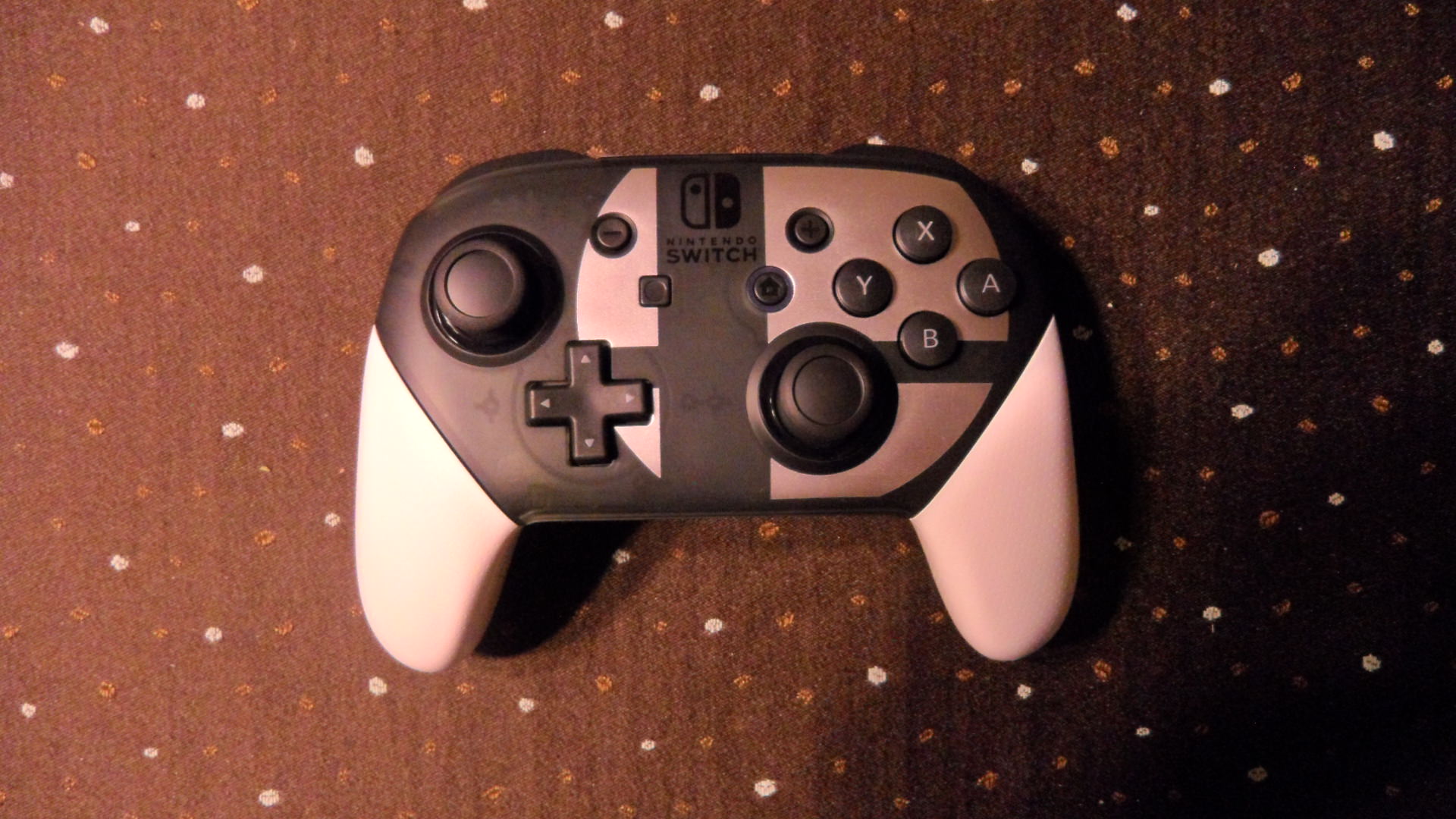 My only real complaint with the controller is the color scheme. Monochrome just doesn’t suit the Smash Logo at all. I would’ve loved it if the manufacturer colored it to look more like a Smash Ball. Still, this is a nice controller design and I actually don’t have a Pro Controller lying around, so this is convenient to have.

…I’ll probably be using the GameCube controller though.

And that concludes the unboxing! I’ll of course be playing the game this week. I’ll try not to let it take too much time away from my usual aniblogging. Key word being try.