Note: This is a blind watch through School-Live!. Please do not post spoilers in the comments. 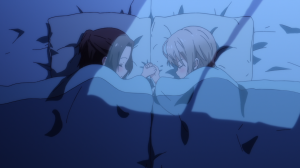 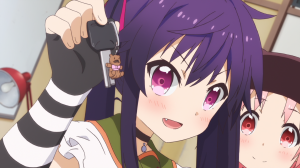 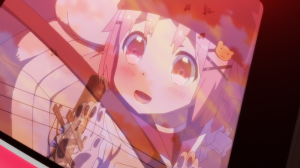 First off, apologies for the inactivity this month. My priority was re-adjusting to work and combined with inconsistent sleep, blogging has fell way into the wayside. The list of posts I’d like to write is pretty big now but it’s nothing new to me and right now, chipping away at it is good enough for me. And second, I know I’ve already apologized for putting this series of School-Live! posts on hold but the apology still stands. I appreciate that those of you who are still sticking around for this seem to understand that life just happens but I do still feel extremely bad since reviewing School-Live! came about from that stinking poll (yeah, so much for that prospect). Still, however long it takes, I aim to keep my promise. It sure helps that I like what I’m watching too.

It’s been mentioned in past episodes that Miki was trapped in a mall with a friend of hers when the zombie apocalypse kicked and well, here’s the flashback. If it sounds like my mind isn’t blown, I admit that you’re right about that. That largely has to do with the fact that the episode not having a POV character as fishy as Megu-nee (though her scenes are getting increasingly suspicious…) but besides that, this episode’s story is very straightforward. There’s Miki, her friend Kei, and zombies. Kei is nowhere to be seen in present-day. I think we can do the math here.

If anything surprised me, it was maybe seeing Taromaru showing up. It didn’t even occur to me that he was absent in Megu-nee’s account of how the world fell apart. I was honestly under the impression that he was just some stray Yuki found (tell me that isn’t a believable possibility). Turns out, Taromaru was owned by a nice little lady that Miki and Kei bumps into at the mall…I think you can take a guess what happens to her. You also find out why Taromaru isn’t that fond of Miki. I get the context but man, that dog really knows how to hold a grudge.

To be fair, the drama between Miki and Kei does work. Kei’s character is pretty much summed as the friend who gets the short end of the stick in the zombie invasion but her reaction to the situation is believable. The duo traps themselves in a storage closet and despite the convenient abundance of supplies, they’re on luck’s mercy to receive help. Kei ultimately getting fed up and leaving when the coast seems clear is understandable. If I were in her shoes, I’d find the risk tempting. More importantly, this event kind of says a decent deal about Miki’s character. She’s not wrong for playing things safe but she lacks initiative here and that flaw proves to detrimental to her ability to keep the things she cares about together. I wonder if this is connected in any way to Miki’s desire to tell Yuki the truth about the situation they’re in. The problem is different but it does feel like Miki doesn’t want to stand idly by her friends a second time.

The cut to the School Living Club midway through the episode threw me off a bit. I mean, we do need to know how they meet Miki but there is definitely tonal whiplash going from Miki and Kei’s depressing life in a mall’s storage closet to Yuki happily proposing that the club should go on a field trip. Then again, a moment like this sums up Yuki’s role in the story. Her self-created innocence naturally lightens the mood. And really, what’s most peculiar about this scene is that Yuri and Kurumi went along with the field trip idea. Do they ever say no to Yuki?

There’s also the chronological placement of this episode in the timeline that raises my eyebrows. It seems that by this point, Yuki has already snapped (the walls of desks have also been erected). Just when did that pivotal moment happen?

I won’t lie: for an episode about Miki, my favorite moment ended up being the one where Kurumi makes a beeline for Megu-nee’s car. Call that Best Girl bias (and it is) but it really is fun seeing an anime girl beat zombies up with a shovel, jump on a bunch of cars, and neglect to tell her friends that her knowledge of driving is limited to video games. It is maybe a little jarring to see this kind of action after watching her first kill last episode but it has been established that she’s the closest the club has to a combatant. With where this episode takes place chronologically, it makes sense for her to be much better at shovel whacking. Plus, it’s not like she’s invincible here; there’s a couple of close calls throughout the fight scene. Were it not for her experience in track and field, she’d probably be dead.

Watching Kurumi drive a car begs the question as to why the club doesn’t just drive out of town instead of staying cooped up in a school. It’d be hilarious if she ends up crashing the car and that’s why they’re out of a ride but I doubt that’ll happen since they need to go back to the school in order for the present to happen. The only justification I can buy is that the school sadly is everyone’s best chance at staying alive. There’s running water, power, supplies (the latter of which can be replenished by the school garden). It practically mirrors Miki and Kei’s situation this episode though in this case, the school is more apocalypse-proof than a storage closet.

Given how silly and entertaining the climax of the episode is, I’m surprised by the rather emotional ending that follows it. The School Living Club are awestruck at seeing the outside world for the first time in eons. Miki mopes over Kei leaving her and realizes she too has to leave the storage closet to look for Taromaru. The ending theme that plays, “We took each other’s hand”, sung by Kaori Sawada, is this melancholic piano ballad sung that perfectly fits with the club’s awe and reflects what Miki is currently feeling. I confess, I got a little teary-eyed watching this scene. What a way to go. It’s becoming clear to me that School-Live! has impressive control over its tone. As silly or intense as it aims to be, it surprisingly knows when to tug at the heartstrings.

The pieces are aligning for Miki’s inevitable first encounter and recruitment into the School Living Club. No doubt, that’ll be an interesting scenario to behold, especially with how Miki might react to Yuki’s perception of everything. I know that Kei’s fate is left ambiguous but to be honest, I hope this anime never reveals anything. Not knowing what happens to her just feels more haunting. 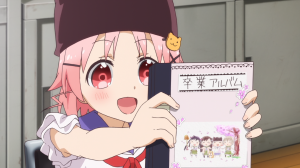 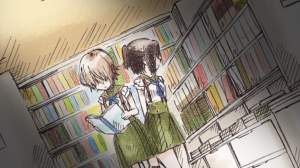 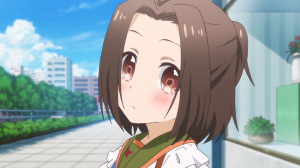 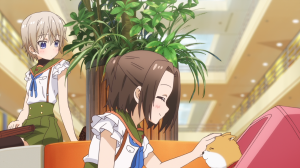 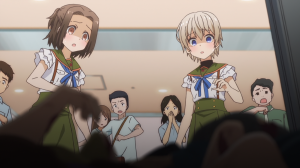 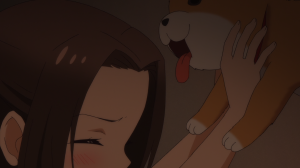 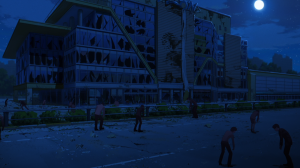 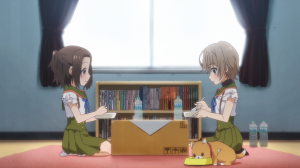 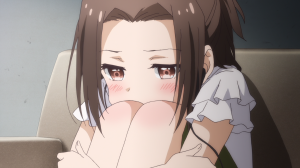 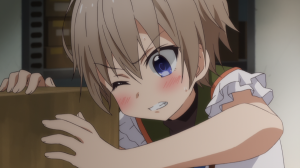 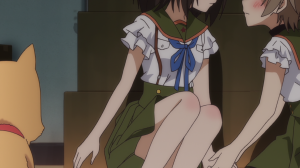 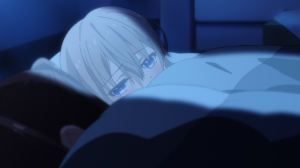 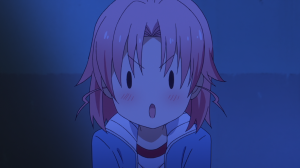 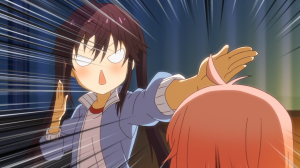 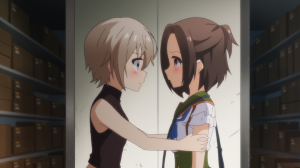 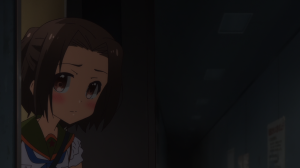 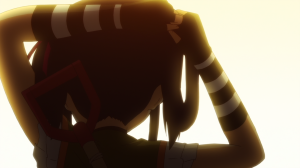 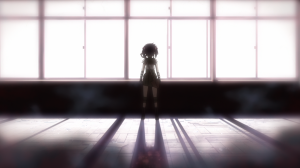 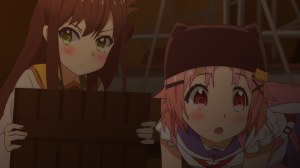 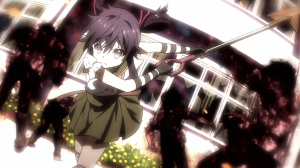 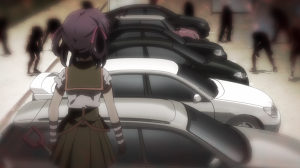 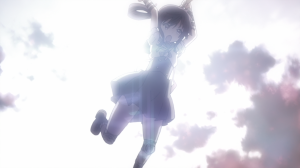 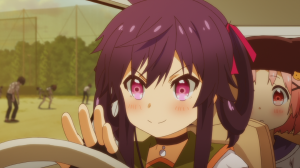 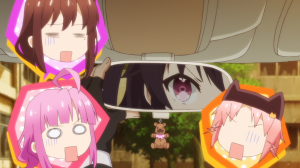 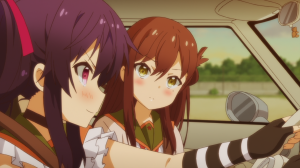 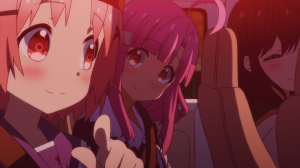 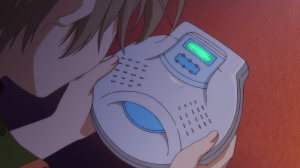 Read My Other School-Live! Posts