Note: I’m watching this show blind so please do not post spoilers in the comments. 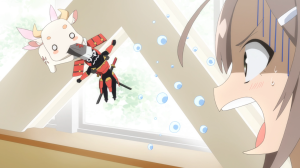 A month passes by before the Hero Club has to fight another Vertex. It’s quite the jump forward in time though it does lead to an amusing bit where Yuna worries she and the others are rusty at fighting. We don’t get to see if that is the case however as another magical girl, Karin Miyoshi (Juri Nagatsuma), appears to defeat the Vertex all on her own.

Karin soon reveals that she’s a fully trained hero candidate who, as per the Taisha’s orders, transfers to Hero Club’s school in order to supervise them on combat. As to why she only shows up now, the Taisha was apparently taking the time to make sure they’re sending the most qualified person for the task. It makes enough sense though there is only implication about Karin’s introduction that puzzles me. I was under the impression that only those chosen by the Shinju could enter Jukai and yet, Karin, who wasn’t chosen, is able to enter as well. I’m assuming that’s of the Taisha’s doing but if that is the case, why not send other trained candidates as well? Does it require a ton of magical power or something? Is the Taisha on a budget? Perhaps I shouldn’t think too much into this but it does feel a little silly.

The ironic thing about Karin’s introductory episode is that despite being the one with the most combat training, she actually doesn’t fight a whole lot here. Much of the episode involves her reluctance about joining the Hero Club and being friends with them. In fact, her talk of being more powerful compared to everyone else is kind of treated as a joke. When Yuna points out that she has one fairy and Mimori has three, Karin stubbornly insists that she only needs one. She also tries to make a big deal about her fairy’s ability to talk though it’s implied that the fairy really only parrots whatever catchphrase she taught it. Later, we have a scene where Karin explains that heroes can gain experience and level up in a phenomenon called “Mankai”. Presumably, that’s what everyone’s emblems have been hinting at. When asked if she’s experienced Mankai, Karin is forced to admit that she hasn’t, much to her embarrassment. Fuu then jokes that for all intents and purpose, Karin is at Level 1 like everyone else which causes Karin to brag about her bases being higher.

I was concerned that Karin might annoy me but I ended up really liking her by the end of the episode. She certainly has an ego though her initial view on the Hero Club is understandable. Having devoted herself to serve the Taisha and the Shinju, the fact that a group of untrained girls who spends their time doing errands and volunteer work must sound like a joke to her. It’s also not just her sense of superiority that gets in the way. Presumably due to her background, Karin doesn’t know how to make friends. When she agrees to help the club out on their next event and goes to the wrong location, she’s indecisive on calling any of the others. When Yuna calls, she accidentally hangs up and looks anguished when she returns to her regular routine. When everyone pays her a visit and throws a surprise birthday party, she’s at a loss for words as she’s never had one. All things considered, it’s not just being part of a team that’s new for Karin but also being in a circle of friends. It makes Karin easier to relate with and root for.

Props to the Hero Club for being so persistent in befriending Karin. They could’ve easily been discouraged but they keep trying and eventually succeed in getting along with her. I thought Fuu would at least be annoyed with Karin but she ends up acting more amused with the latter talking big and enjoys teasing her. Yuna’s actions are worth noting too, noticing that the coming Sunday is Karin’s birthday as well as the fact that Karin circled the date on her calendar and thereby learning that she did want to be a part of the club event. For all the talk that Yuna is an airhead, she’s far more observant than she gets credit for.

My favorite part in the episode is whenever it cuts to Karin’s daily life. It effectively portrays how her life is changing because of the Hero Club. The first day has her following her training regiment to the letter, eating dinner alone, and reporting to the Taisha. On the following day however, she smiles a bit more and brings origami materials to practice on for the club event. The third day is where the birthday party happens and its conclusion completely contrasts the first night. Karin enjoys cake and snacks with her new friends and she later joins the group chat, engaging in a more informal conversation.

Another thing that stood out to me is Itsuki’s Tarot reading for Karin. The former draws the Death card for the latter which everyone finds ominous though the card does fit Karin’s development in the episode perfectly. From my understanding, the card represents change or transformation with upright being change for the better and reversed being resistance to change. It ties very well with Karin’s initial reluctance to be part of the Hero Club before accepting the change and feeling happier because of that. Curiously, Itsuki drew Tarot cards last episode so I wonder if this will be a recurring symbol in YuYuYu.

I still wonder what kind of magical girl show Yuki Yuna is a Hero is ultimately going to be. What I do know is that if it does go dark, it might stick the landing in an emotional sense. These three episodes have gotten me to like the characters quite a lot. 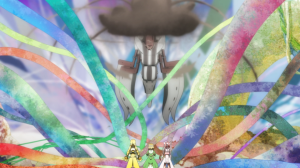 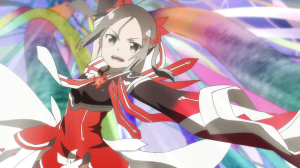 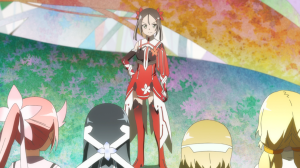 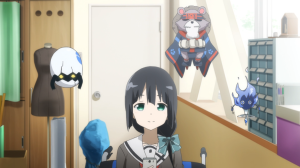 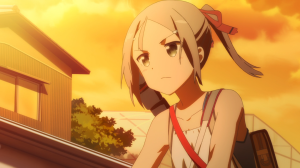 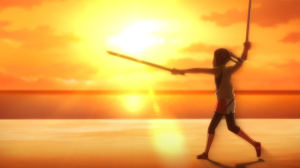 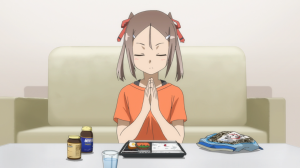 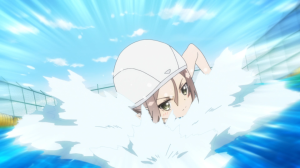 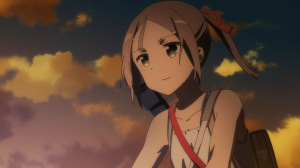 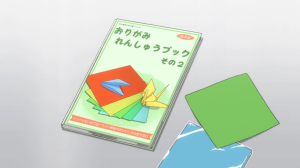 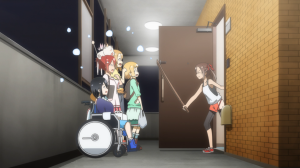 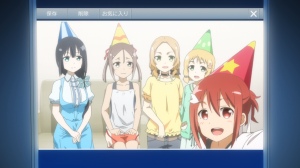 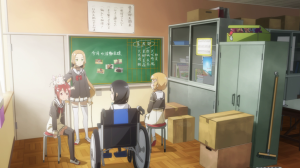 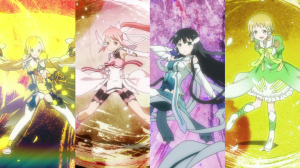 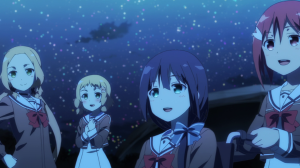 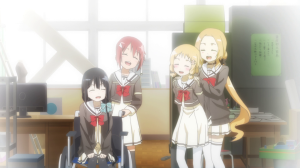 Watch Yuki Yuna is a Hero on Amazon and Crunchyroll

Read my Yuki Yuna is a Hero reviews