Sorry I’m late again with these seasonal posts and yeah, it’s only by a week, but for something meant for the midseason, I feel that’s pushing it (hence the quotation marks in this post’s title). I’ve been pretty off my game as of late. Much of that has to do with me being sick a lot this summer and that affects my desire to write. I have managed to keep up with this season but as always, it’s always easier to watch than watch and blog. I’d love to play catch for a few shows that I’m watching, Vinland Saga is particularly tempting, but I make no promises. Work resumes soon and let’s be real here: I have enough to catch up as is (I swear I’ll finish School-Live!).

That all said, this has been a pretty crowded season for anime. It’s not the biggest lineup but there’s a ton of shows I’d say are decent or at least worth the time and that overwhelmed me considering how light Winter and Spring were. For the first time in a while, it was tricky finalizing the watch list and some of the shows you’ll see I dropped were dropped almost entirely for the sake of time. Let’s take a look, shall we?

Again, I’m really tempted to come back and cover Vinland Saga. This anime has been pushing all the right buttons for me. It admittedly took me a while to board the hype train as the show started off slowly but with each episode, I find myself enamored with it. It’s a violent tale but one with a tragic or disheartening edge and it’s got strong writing and direction to back it up. The only gripe I have is the way the language barrier is depicted; it’s very lazy having characters speak in Japanese while the dialogue states they’re speaking different languages. However, if that’s the only thing wrong with this show, then clearly it’s been doing a lot of other things right.

Fortune hasn’t been on Fire Force‘s side following the KyoAni arson casting a dark shadow over its marketability. I can’t speak for others but I’ve personally been able to look past such a coincidence and enjoy the anime by itself. The writing could use some work but I do admire this show’s effort and it’s hard not to find the world it’s creating a little intriguing. If nothing else, it’s proving to be a very solid action series, boasting some creative powers and pushing David Production’s animation quality to an all-time high. 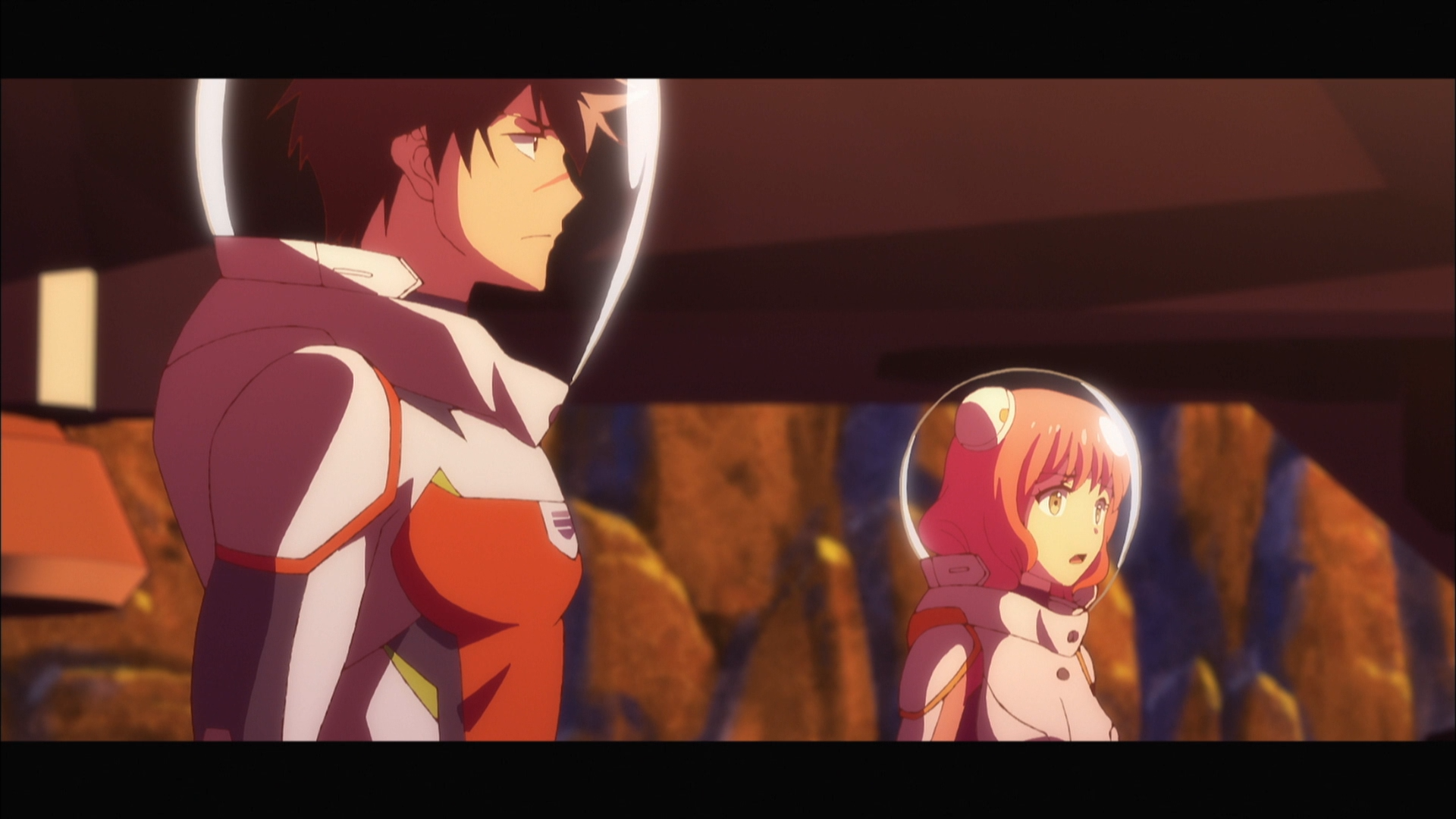 There’s always that one anime that makes me feel stupid for not putting it on the radar. Astra Lost in Space is very much that anime this season. It started off modedly but as time goes on, you learn there’s more to the characters and mysteries. And yet at the same time, the show continues to fulfill its promise of delivering a fun adventure series set in space. Versatility seems to be the name of the game for Astra and it’s so far being doing very well in that area. 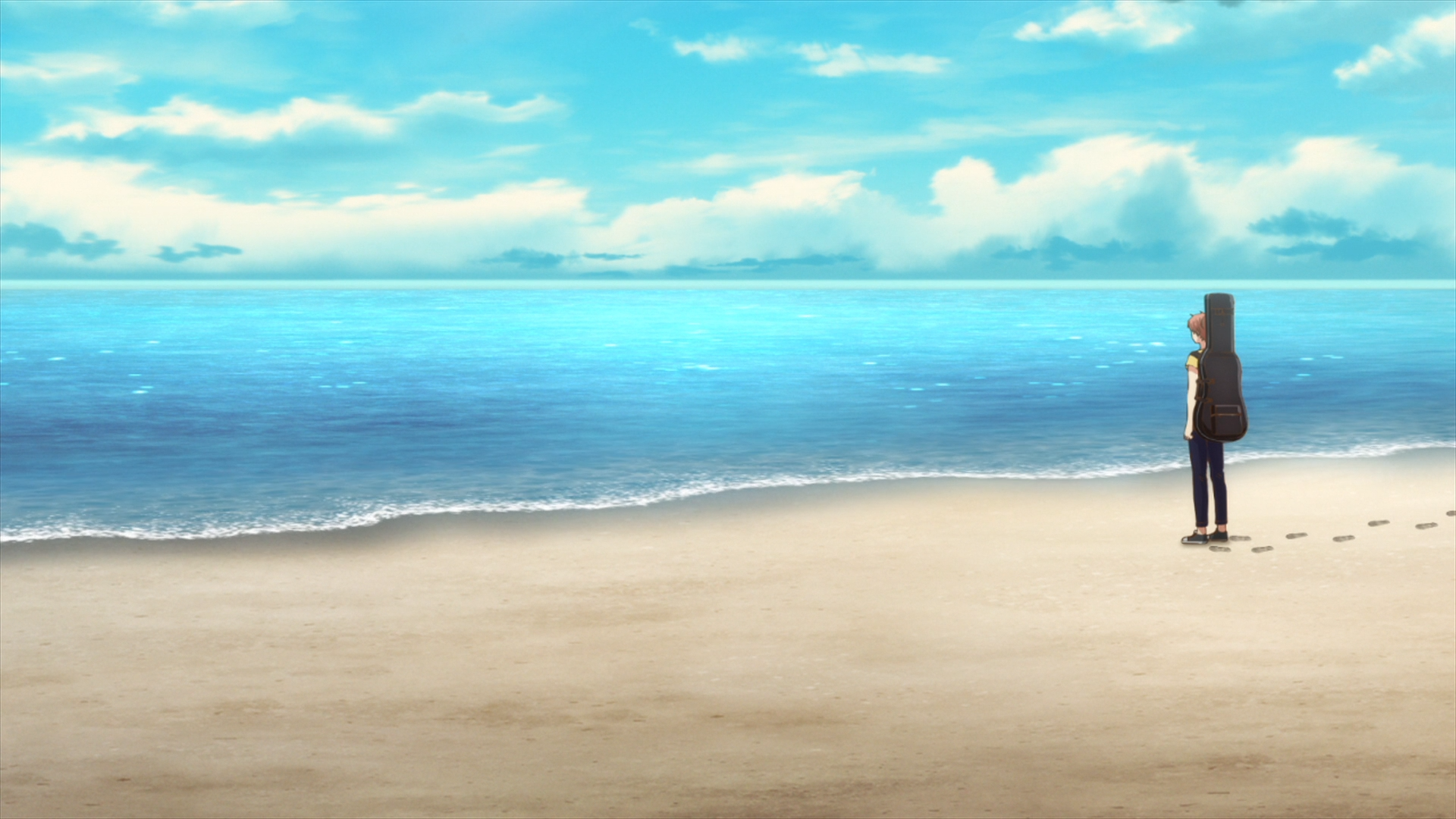 To my surprise, Given is an extremely slow burn, not just in regards to the romance but also the music. Seriously, six episodes in and the band is still working on their first vocal song (at least the BGM is lovely). But more surprising is that Given isn’t as mind numbing as it sounds. In a way, the pacing makes the story feel more naturalistic, making you believe into the two leads’s friendship and possible attraction towards one another. That approach is maybe an acquired taste but I think Given is executing as solidly as it can. 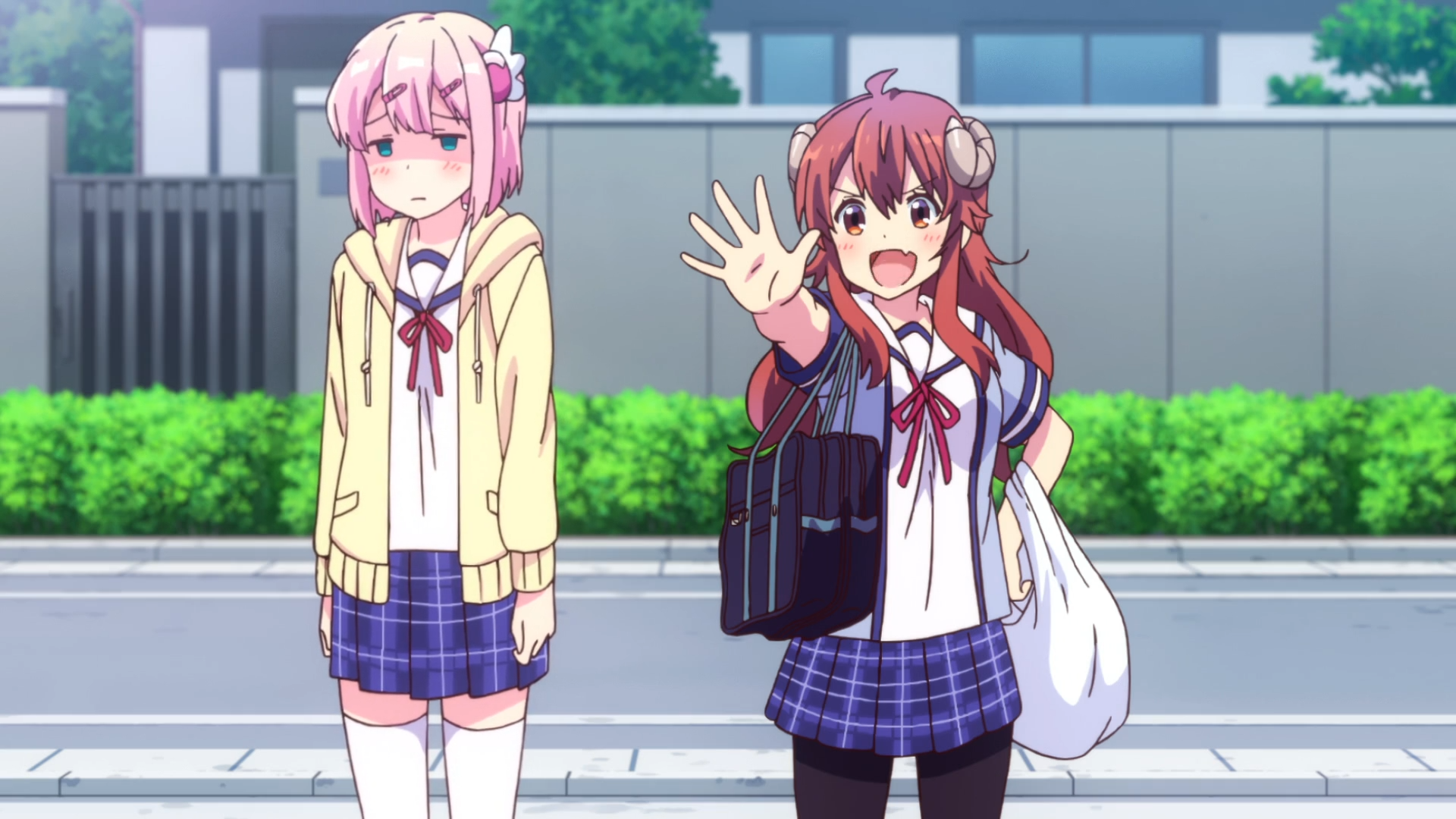 #5. The Demon Girl Next Door

I was thoroughly convinced that The Demon Girl Next Door would fall off the watch list but then I watched some more and something suddenly clicked. The chemistry between Shamiko and Momo has really grown on me; they’re hilarious together and there is genuine heart to their friendship as well. Most surprising is the show’s sense of continuity. What seem to be one-off goofs can actually feed into later developments. I’d dare say this could beat Hitoribocchi for cutest anime of the year. Time will tell. 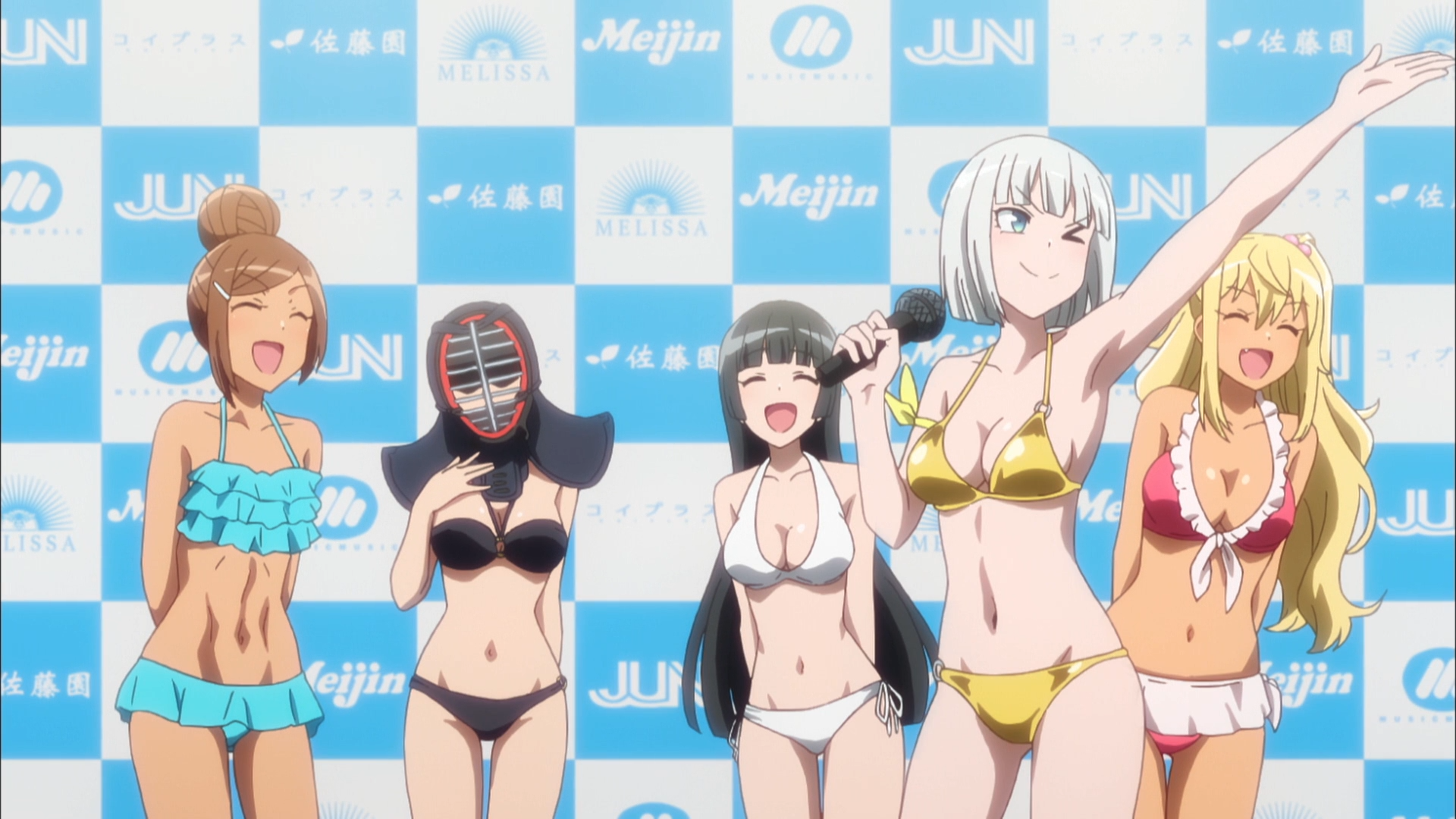 #6. How Heavy Are the Dumbbells You Lift?

Proof that I am a man of culture. We can scoff at the excessive eye candy all we want, it’s hard to deny that How Heavy Are the Dumbbells You Lift? is informative about how to properly exercise. In a way, calling this show gratuitous would be hyperbolic. I mostly give this a 7 because frankly, it’s very aimless and uneventful. Anything that happens is just a vehicle for the next bit of educational fan service. Some CGDCT anime can make that direction work but I remain unconvinced that this is one of them.

Another pleasant surprise. Re:Stage! is looking to be a Love Live! clone but it’s a pretty good clone at that, emulating some aspects while still doing its own thing. The characters have a charming rapport among themselves. Some of their backstories are pretty surprising too. The biggest issue is the soundtrack or rather, the lack thereof. It’s been very light on insert songs.

I’ve been watching Are You Lost? with my brother and were it not for him, I don’t think I would’ve stuck with the show. And before you ask, I honestly don’t know why my brother thinks this is worth his time (he’s watching this along with Vinland Saga). To be fair, I have been enjoying Are You Lost? as time goes on. It’s been striking a better balance been grossing you out and actually eliciting a laugh. Also, the fan service…again, proof that I’m a man of culture.

Cop Craft is nowhere near as ugly as Berserk (2016) but it has become rough on the eyes at various points. I don’t know what the deal is with Millepensee but you know a studio is cutting corners when they’re quickly cutting to still images, zooming in on the frames, and darkening the lighting to the point that you can’t make out important details. It’s pretty darn bad and a huge shame given the quality of the actual designs. The one saving grace is the writing. Each case presented has been interesting and Tilarna and Kei’s chemistry makes for a solid buddy cop duo.

Tonally all over the place and almost every attempt at actual drama or suspense falls flat on its face. I want to say this series is really stupid but I really can’t identify the intent. For all I know, someone is trying to make The Ones Within a serious survival game anime and is screwing up so spectacularly that it ends up being entertaining in a different sense. Still, enjoyment is enjoyment and for what it’s worth, the characters have grown on me.

For every smart thing Bem does, it follows it up with something equally stupid. That became apparent when I was watching Bela deal with the repercussions of emulating a deceased girl’s likeness and halfway through the episode, she fights an assassin who kills his targets with giant bowling balls. I couldn’t make that up if I try. And while none of the next villains of the week are that goofy, they are pushing the line of acceptability. Maybe the older Bem anime had stuff this silly. I haven’t checked. All I can say is that it doesn’t work in the 2019 version.

On Hold/Not Ranked: Fruits Basket (2019), Hensuki: Are You Willing to Fall in Love With a Pervert, As Long as She’s a Cutie?, Star Twinkle Precure