Oof, now that does sting. 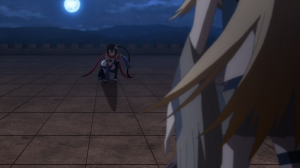 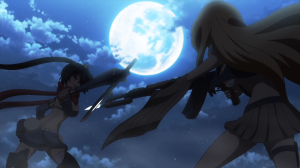 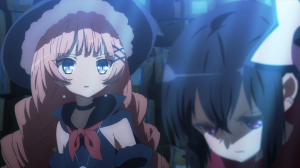 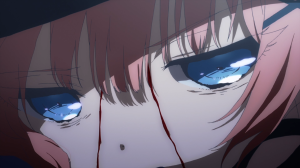 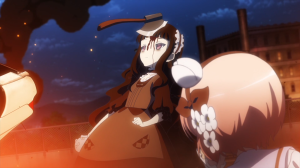 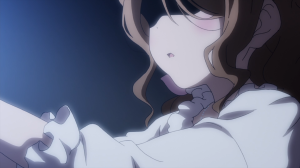 Obviously, I’m referring to the deaths of Top Speed and Sister Nana and not Calamity Mary. I do think Mary is a pretty good villain, certainly a character that exemplifies how cruel the world is in Magical Girl Raising Project. That said, she was one of those characters that I did want to see die first before anyone else still alive. And to this anime’s credit, killing her off does pay off.

The fight between her and Ripple (later joined by Top Speed) is fun to watch. It is pretty one-sided for most of its duration but then again, Ripple has a sword and some shurikens and Mary has a bunch of guns. Someone clearly has a slight advantage here. I guess Ripple does have that special ability that lets any of her projectiles land but that didn’t seem to help too much since Mary is quite the sharpshooter. Still, the fight animation is pretty good and throwing in Top speed into the fray spiced things up. Not going to lie, seeing Top Speed’s broom producing a motorcycle windshield was kind of badass even if it is silly. Her flying Ripple high up so that the latter can send shards of glass to overwhelm Mary is also a highlight of the fight. What a clever strategy that was.

Part of me does find some fault in how Top Speed’s death is executed. Obviously, the flashback last episode wrote doom on her forehead but there’s other issues. To start off, there’s just something about the storyboarding with how she collapses and gets injured by Swim Swim that just feels odd to me. It’s sudden and perhaps appropriately so but the visual trickery makes it feel more out of the blue than shocking. I think the bigger issue though is how excessive her dying gets. I figured she was pregnant with how often she talks about needing to live for six more months. But I don’t know, are the dead magical girls not enough for this stinking anime? It just gets to a point where things are dark just for the sake of it. That said, this death does still hit close to home since Top Speed has been so damn likable. I’m honestly going to miss her interactions with Ripple and both Yumi Ichiyama and Lindsay Seidel were great at bringing this character to life. Now I’m just left with this big void.

Oddly enough, I take less issue with how Sister Nana’s death is handled. I originally figured the opposite because suicide is perhaps too heavy of a subject for this anime to venture into, even if briefly. Truth be told though, it works because it feels so grounded in reality. Generally, someone dies in this anime through magical mumble jumbo or absurd violence and that’s perfectly fine. Nana’s death, however, is completely stripped of all that. It’s just a woman who lost her lover, convinced that she can’t go on in this world alone, and decides that death is the only thing can solve her pain. It’s something that can indeed happen to anyone. And in terms of the character and her personality, it’s such a cruel way to write her off the story.

Deaths aside, one takeaway to have with this episode is that you finally have a real bearing on Ripple’s character. Evidently, she’s one of the good ones; not naive like Snow White (God, why would you lower your guard for Minael?) but clearly recognizing the responsibility of being a magical girl. She believes she can’t help or save everyone in the world but so long as the situation calls, she’ll respond hence why she faces Mary instead of escaping as originally planned. It sure is nice to know there’s at least one other magical girl besides Snow White (and Hardgore Alice by extension) who would actually do her job. I suppose needing and wanting to avenge Top Speed could fill Ripple with hate but in her defense, Swim Swim is proving to be a threat that needs to be stopped.

For all of my Episode Reviews for Magical Girl Raising Project, check out the show’s archive page!