This post is few days later than I had originally planned and while most of you might not mind, I’m still sorry about that. Unexpectedly, I got offered to become a paraprofessional at the school I work part-time at which is a great opportunity for me but yeah, the prep work needed for that job transition threw my whole schedule off. Whoops. Then again, delaying the Midseason Rankings actually kind of worked in my favor as a lot of anime hit their halfway points over the weekend. Watching up to there did admittedly finalize my watch list more so that’s kind of neat.

I’ve made it no secret in January that I’m not amazed with this season and that opinion still stands. I am still watching ten shows which is a good number for any seasonal watcher but boy was it still slim pickings. Trimming the fat was so darn easy with a lot of shows fizzling out early on and even by the midseason, there were still a couple of shows I wanted to drop. To play devil’s advocate though, I am missing some heavy hitters such as Mob Psycho 100 II and Kakekgurui xx and that obviously is entirely on me. Maybe getting around to those shows will make Winter 2019 shine a bit brighter but how much so I’m doubtful over.

Oh well, not every season is going to be a winner. Let’s still take a look, shall we?

I don’t know how locked in Dororo is at #1. If I had to guess, Mob Psycho 100 II might be able to give it a run for its money. Still, what a tour de force Dororo has been proving to be — an incredibly nuanced period piece in both writing and directing about the human condition while still delivering some terrific action scenes. I have heard that some liberties were taken with Osamu Tezuka’s original work but as far as I can tell, this anime is working tremendously well as its own product as any adaptation should.

I am in the camp that The Promised Neverland is overhyped but I’m still digging it. Past the slow pacing and the suspension of disbelief required for accepting how smart these preteens are is a well crafted thriller story and mind game. Some specific moments could stand to be scarier but in general, I find watching the show suspenseful and eerier. That’s more than I can say about a lot of its fellow contemporaries. 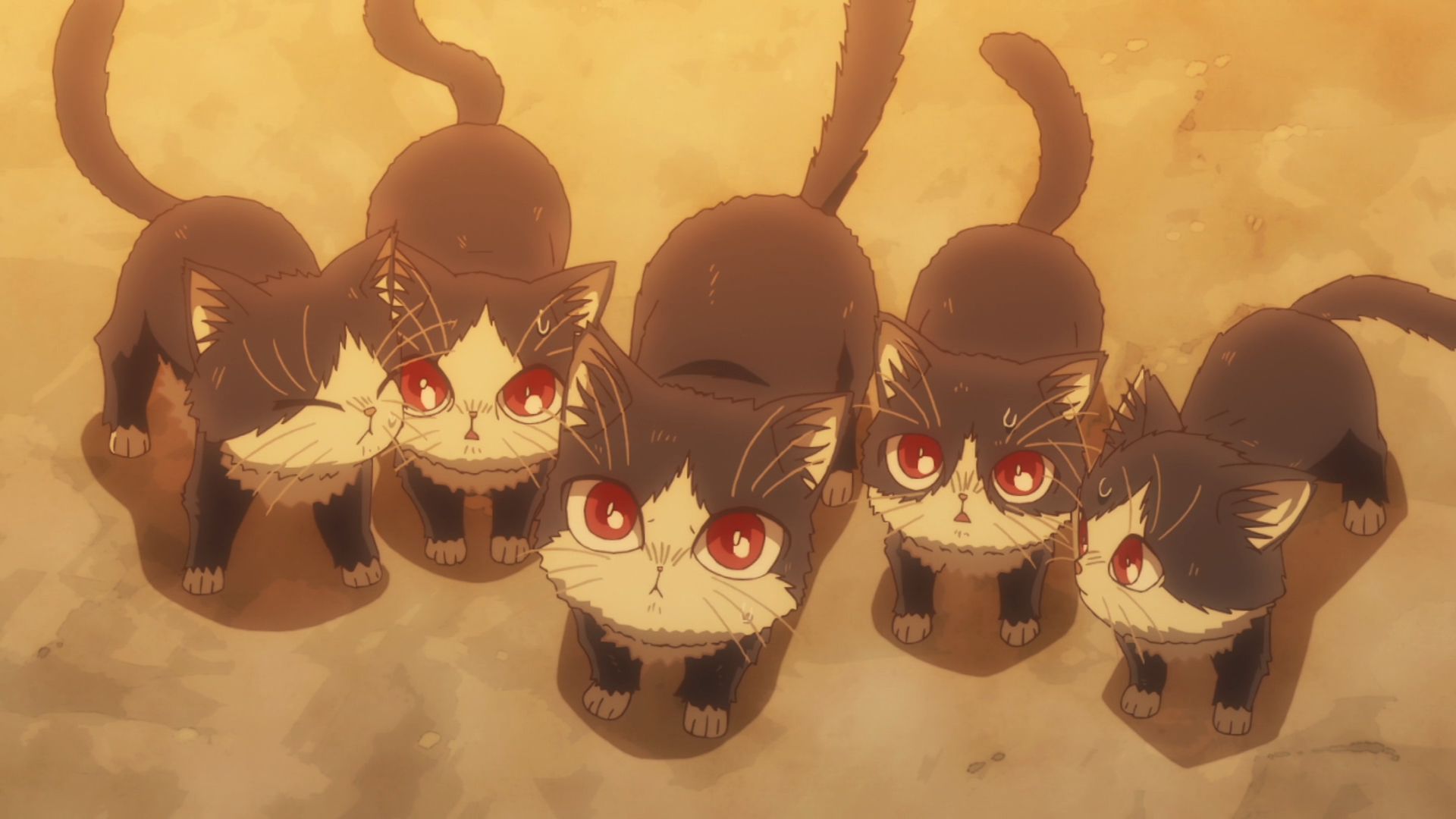 I’ll admit that I struggle a bit in finding something new to say with My Roommate is a Cat. There really are only two things this show aims to do: show cats and hit the audience with the darn feels with said cats. As simple as that conceit may be, the show has surprisingly kept my attention this far in, delivering heartwarming episode after heartwarming episode.

What a twist. To be honest, I feel like I’m jinxing myself for putting Domestic Girlfriend this high but I aim to be honest and right now, I really am liking the show by a lot. Way more thought is put into this story, particularly with the characters who are very compelling to follow and behave so believably. Should this show ever jump the shark though, it’ll be up there with Fate/stay night and Darling in the FranXX as one of the most disappointing anime I’ve ever watched.

8 out of 10 is maybe a generous score but that is what my gut is currently telling me, especially after watching the last two episodes. Endro! is simply a ton of fun — mean spirited and weird with its sense of humor but still bearing a big heart for its characters. Whether or not there’s an actual story to be found here remains to be seen but I’m honestly content if the shtick really is just four adventurers goofing off. 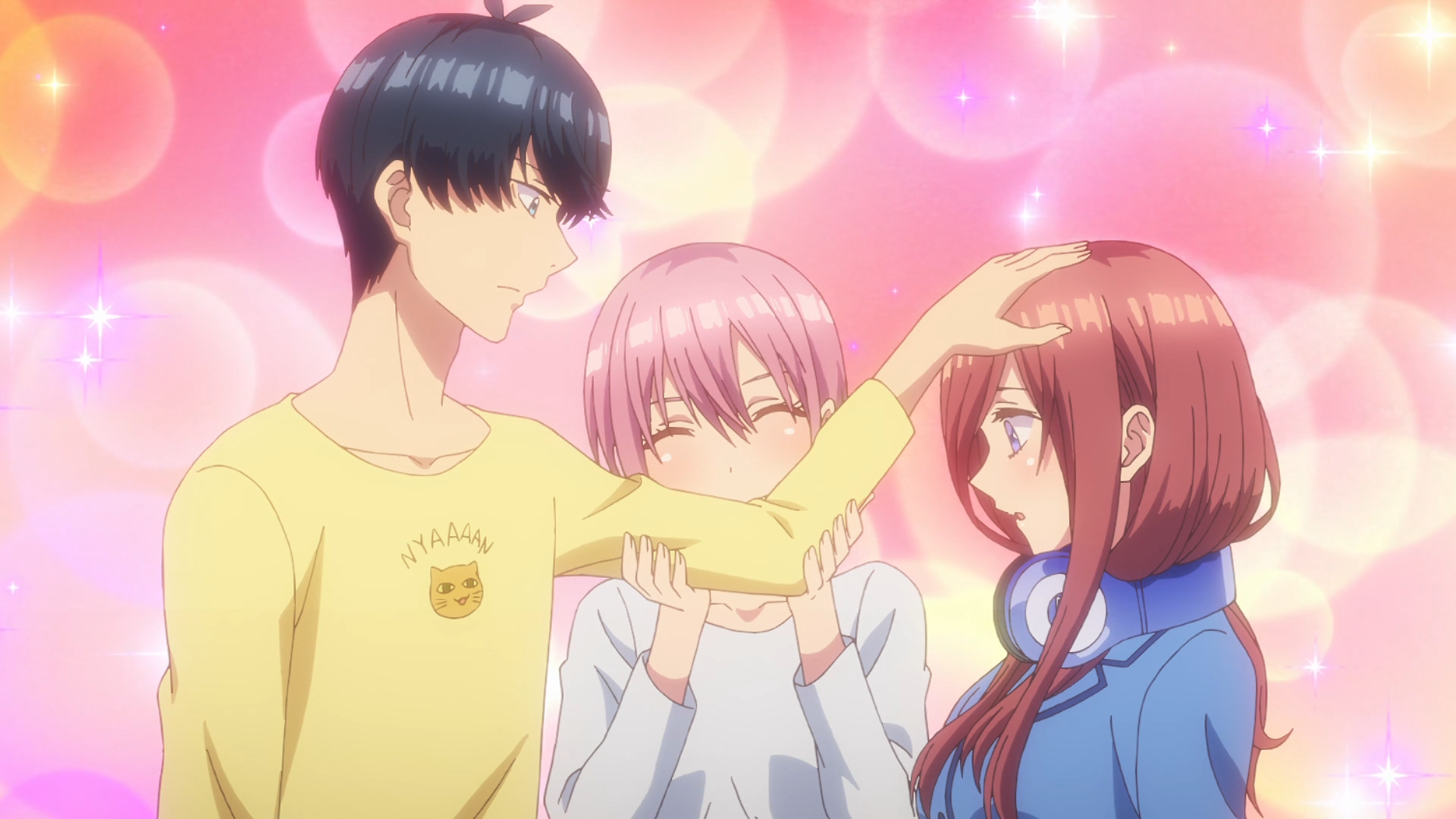 A pleasant surprise as harem generally isn’t my cup of tea. I personally find Quintuplets at its strongest when just one of the girls (that isn’t Nino) has the spotlight all to herself. The group dynamic is pretty good but it’s so much more intriguing to learn about each girl’s quirks and areas of interest and how Fuutarou might in their lives. That said, the study group does work better the bigger it gets and all in all, I’m enjoying this show a lot more than I expected. 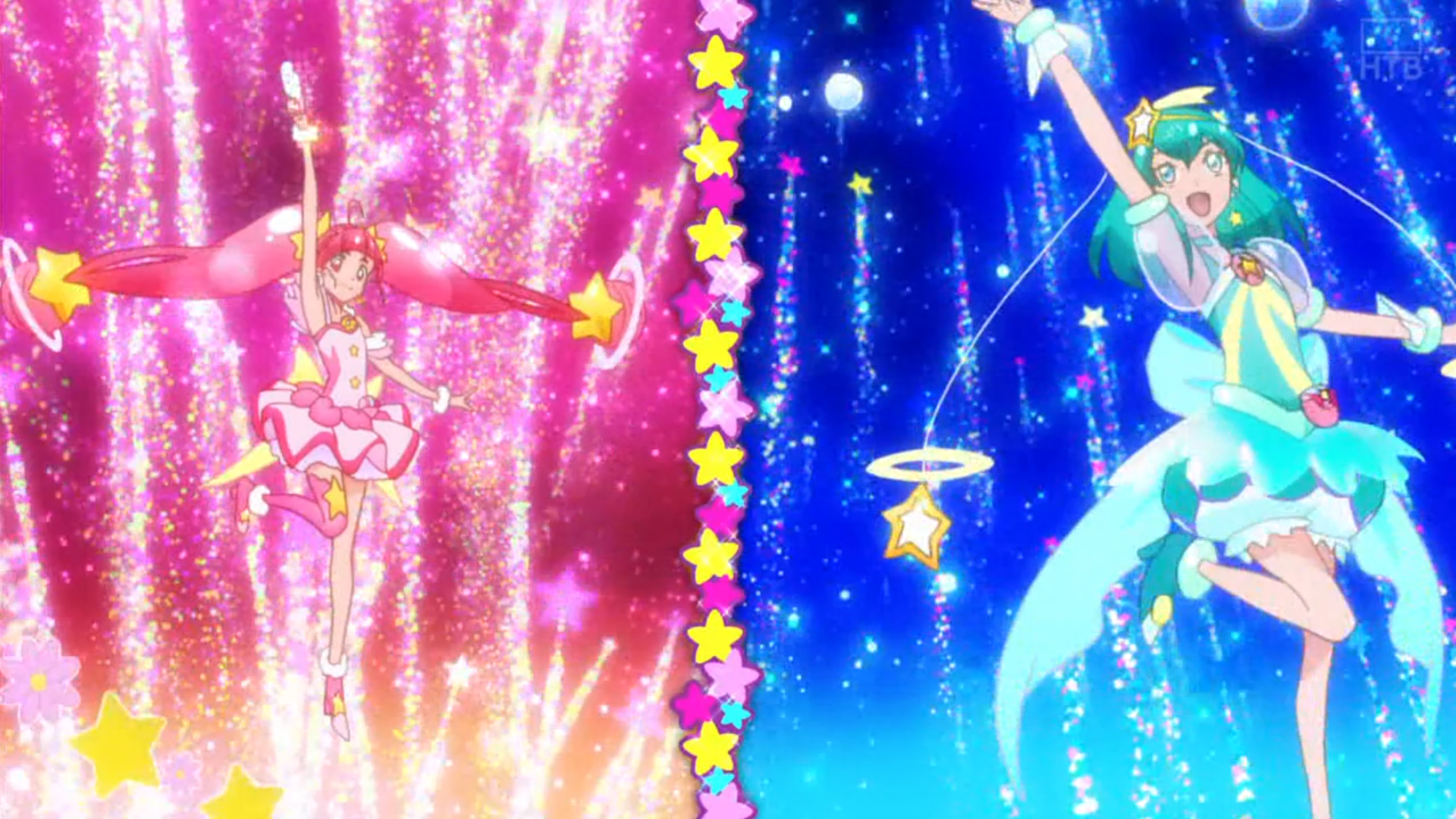 Having premiered this month, there’s only three episodes out and Precure seasons air for a whole year so it’ll be a while before I have a solid grasp on the show. So far, so good though. All the girls introduced so far seem likable enough and not going to lie, the magical girl outfits are amazing.

For what it’s worth, I do think Magical Girl Spec-Ops Asuka has gotten its titular protagonist right. There’s something about Asuka’s struggles in choosing between the life of a civilian and the life of a magical girl that feels genuine to me. However, I’d still argue that this show is still trying to have its cake and eating it too, presenting a PTSD driven arc while still making magical girls look like the coolest action heroes ever. It just doesn’t still well with me. The fanservice and direction can sometimes feel off too. 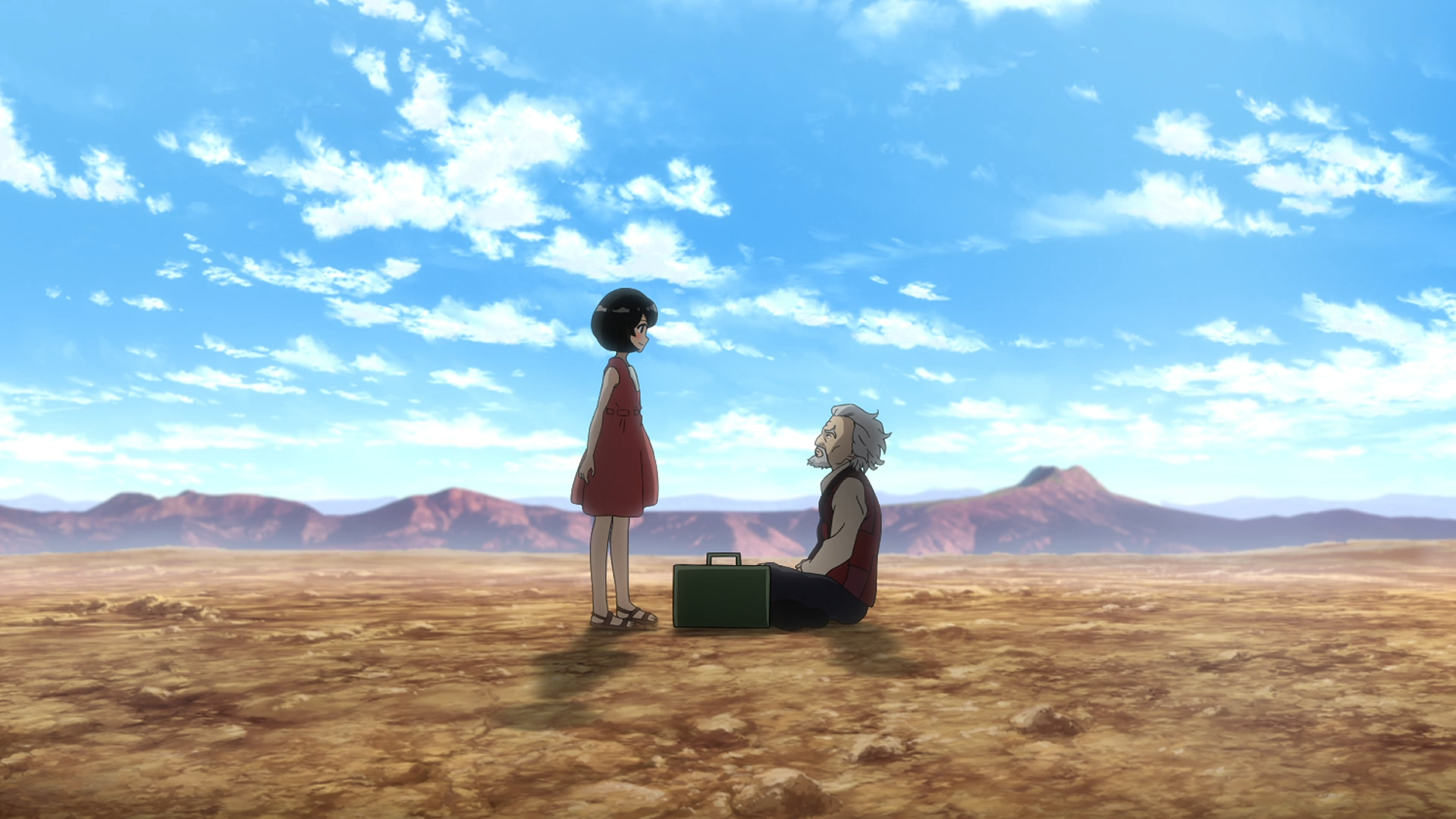 A slight guilty pleasure. I will wholeheartedly admit that the characterization is extremely static and the inconsistent use of CG modeling for the characters is off putting. Even so, there is something adventurous about this series. The week to week plots are wacky and entertaining and the camerawork for the aerial scenes can add an exciting flavor to the action. 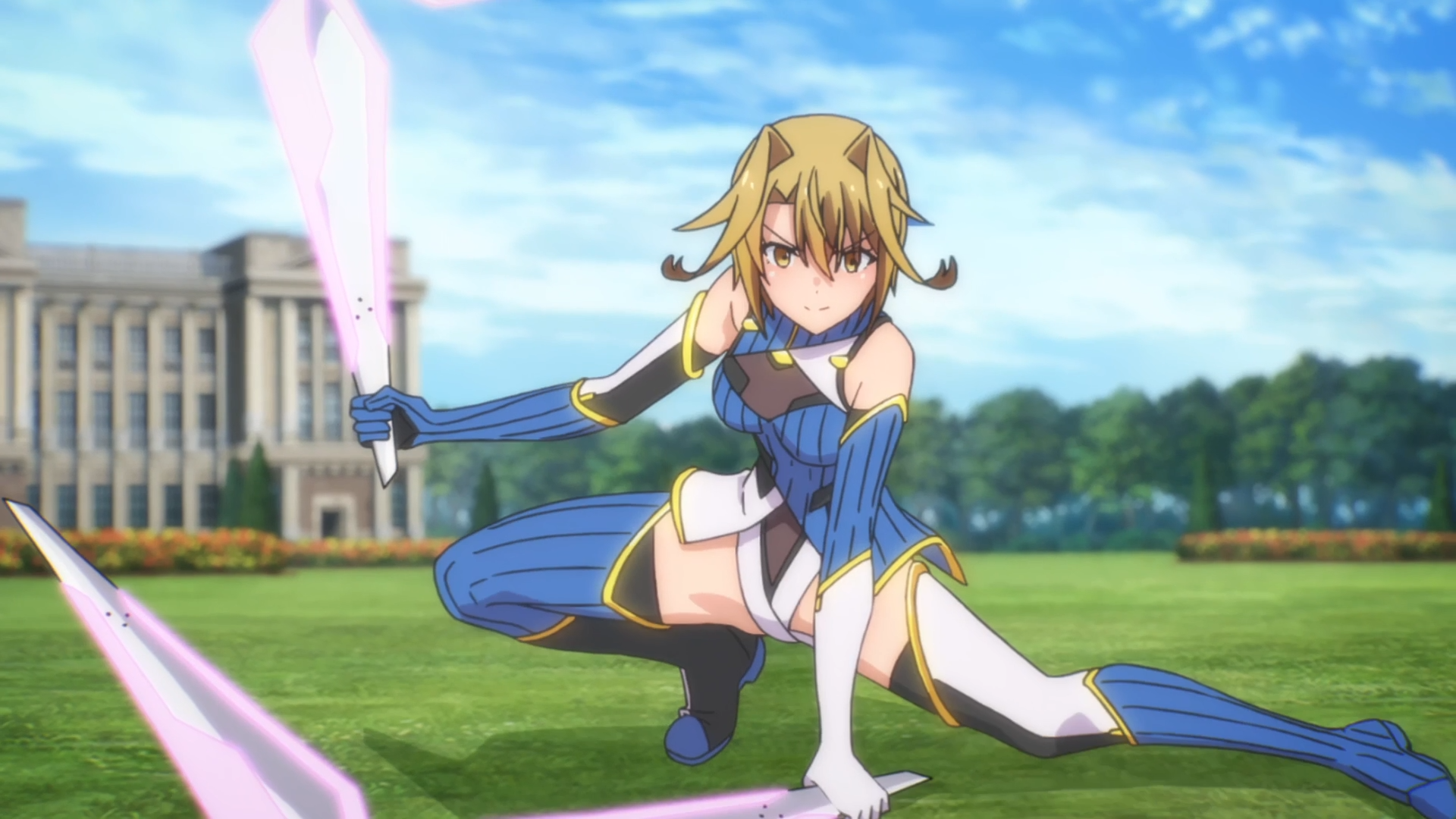 At the mercy of fansubs so I’ve only able to watch up to Episode 5 of Circlet Princess (the show is currently at Episode 7). There really isn’t anything remarkable about this show and the farther I get, the clunkier and odder it appears to be. Combining battle school and sports is still a pretty neat workaround the former genre’s conceit and the characters have been entertaining, especially Yuuka who is such a bumpkin, I love it.

Obviously, my original plan to just review three shows fell apart especially when I factor in review series I’m also doing on the side. Whatever, I tend to dislike writing less anyway.

Again, should a new episode in any of these shows intrigue me enough, I’ll do another standalone post, provided that time and energy will allow of course.

How has the Winter 2019 anime season been going for you? Any favorites? Any surprises? Any disappointments? Think I should give something a second chance? Let me know in the comments below!

One thought on “Winter 2019 Midseason Rankings”