Special thanks to Derek over at Apprentice Mages Lounge for nominating me for the Sunshine Blogger Award. I forgot to mention this yesterday but I believe I got this and Inskidee’s Real Neat Blog award nomination on the the same day Inskidee nominated me. Getting one tag is flattering enough but two? That really did make my day. 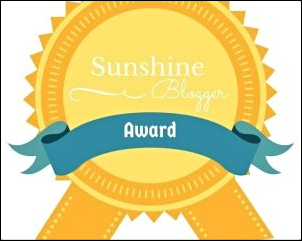 The Princess Principal movies! Love that series so much. I’m a little worried due to the staff changes and it’s a shame to not have Ayaka Inamura return as Ange but I’ll reserve complete judgment for when the movie comes out. The bigger question is if it’ll see a US theatrical release of some kind. I’d love for one to happen but I don’t think Princess Principal is big enough to finance one. Here’s hoping HIDIVE will stream it.

Tokyo and Kyoto would definitely be part of the trip. Maybe Okinawa; when I watched Harukana Receive in Summer 2018, I felt the urge to go there. Lake Motosuko would be neat too; that’s the first camping spot in Laid-Back Camp. I’d probably be doing the basic stuff of touring; sightseeing, taking pictures, learning more of the culture, trying the local delicacies. As a video game collector and a weeb, I’d be on the look out for import games and anime merchandise. I think you can take a guess what I’d want to do in Lake Motosuko…

#3. You are magically given talented amateur level skill of any (real life) skill you wish.  What skill will you choose?

I always wished I could draw. My younger brother is pretty darn good at it but me? I can barely draw stick figures, that’s how much I suck at it. It’d be really convenient if I could suddenly draw well as I’ve been meaning to add original art for this blog. I ask my brother for favors (my Twitter profile picture is by him) but he’s busy with his job and drawing his own stuff. I also try to pay him when I can…and I usually can’t.

#4. You are invited to a pot luck party and asked to bring your favorite side dish.  What do you bring?  Do you make it or buy it?

Don’t know how appropriate this would be but being Chinese and having a huge fondness for Chinese food, I’d probably bring guotie, also known as potstickers. I kind of how to make them, my mom taught me, but making them and dumplings in general take a while so I’d need to know about the party in advance. Otherwise, I’ll buy them.

#5. You can interview any anime character for your blog.  Who?  And what are some of the questions you’d ask?

All Might from My Hero Academia. Some questions I’d ask are:

Well, I hate Sword Art Online so this is an awkward question. I guess Asuna? I like her character design for Aincrad and her role up until Episode 12 before the show decided to make her a damsel in distress for Fairy Dance. Also, unlike most haters it seems, I actually like the romance between her and Kirito (though I do wish the show did something more with it).

As an honorable mention, I’ll give a shout-out to Sachi. Her one episode was one of the better parts of Season 1.

#7. What’s your most unusual fandom/hobby/collection/interest?

Geez, I’m pretty upfront about that kind of stuff on this blog and on Twitter. That’s part of being a nerd and a weeb. To me, they seem pretty normal so sorry, nothing really comes to mind.

#8. You can choose one anime to be remade and done right this time….  What anime and what flaws would you want corrected?  (Note: Remade/rebooted, not a sequel or a side story.)

Persona 4 the Animation. I liked it it but it horribly skims over what I consider to be my favorite game of all time, especially with how it handles social links. The and visuals and action could stand to be way better. I also think it was really dumb to make the anime months before Persona 4 Golden come out and then make an anime adaptation on the stuff Golden added two years later. The anime should’ve just adapted Golden from the get go. Some things I would keep in a remake would be Yu’s characterization, the songs Shoji Meguro composed for the anime, and that episode where Nanako pretends to be a detective.

Bonus Answer: Pandora Hearts. Really, it just needs a full adaptation. I admittedly haven’t read the manga all the way through but the story still doesn’t serve the incomplete anime it get. Also, get a S-tier studio to animate it. One of the biggest reasons I think the original anime didn’t fare so well was how lackluster the visuals were. You really want a studio that can make those character designs and the setting pop. Keep Yuki Kajiura’s soundtrack and the OP though.

#9. Let’s roll with the topic of side stories…  What secondary or minor character from an anime would like to see more of their story?  (I’m going to ground rule out TK from Angel Beats.  No points for the easy ones!)

Eh, I actually liked that TK had no explanation but that’s a discussion for another day.

I don’t know if anyone remembers Guilty Crown but one of the characters, Ayase, is a paraplegic girl who pilots a mech and can even kick ass while in a wheelchair. She also had one of the coolest Void weapons in the show. For a real, I wanted a show about her. Forget Shu. Forget Inori (fight me). Forget all the nonsense that ended up happening in Guilty Crown. Give me an action mecha anime starring Ayase. I just love the concept behind her character.

#10. You get to have a meal at any anime eating establishment – where will you go?

Nekoya from Restauraunt to Another World. This is less because of the food and more so that I can meet some of the fantastical characters that appeared in the show. I also just want Aletta and Kuro to be my waiters…

For a pick more motivated by the food, I say Yukihara’s from Food Wars! Shokugeki no Soma. Soma’s cooking would be sublime. That said, if I react to the food like the way the characters in the show do…I’ll have to give that place a hard pass.

#11. What comic book, book, or other media property would you like to see as an anime?

Harry Potter. Some of the anime-style fan art for it has made me want to see the series animated. Also, as much as I like the movies, I think the stories would’ve worked much better as a TV show. With multiple episodes, you’d get an even better sense of the characters growing up in a school year by year.