I know, Summer 2019 literally ended a whole season ago. Even given my output this past half-year, that’s really late. My excuse is the usual one. I wanted to be thorough and if it’s going to be late, so be it. This is called the “Final Rankings” after all. Fortunately, it’s not as time-sensitive as the Midseason Rankings. And yes, I’m missing some multi-cours here and some sequels there but I got all the single-cour, new shows out of the way so I consider that satisfactory enough to post.

I’m also just glad I have one more rankings post out before 2019 ended. Obviously, it’d be more ideal to be on time and have all four seasons ranked (with sequels and multi-cours) by the end of the year but hey, 3/4 isn’t half-bad. It’s still a step-up from 2018 (I only ranked Summer and Fall that year). Hopefully, finishing Fall 2019’s lineup won’t take three extra months…key word being hopefully. 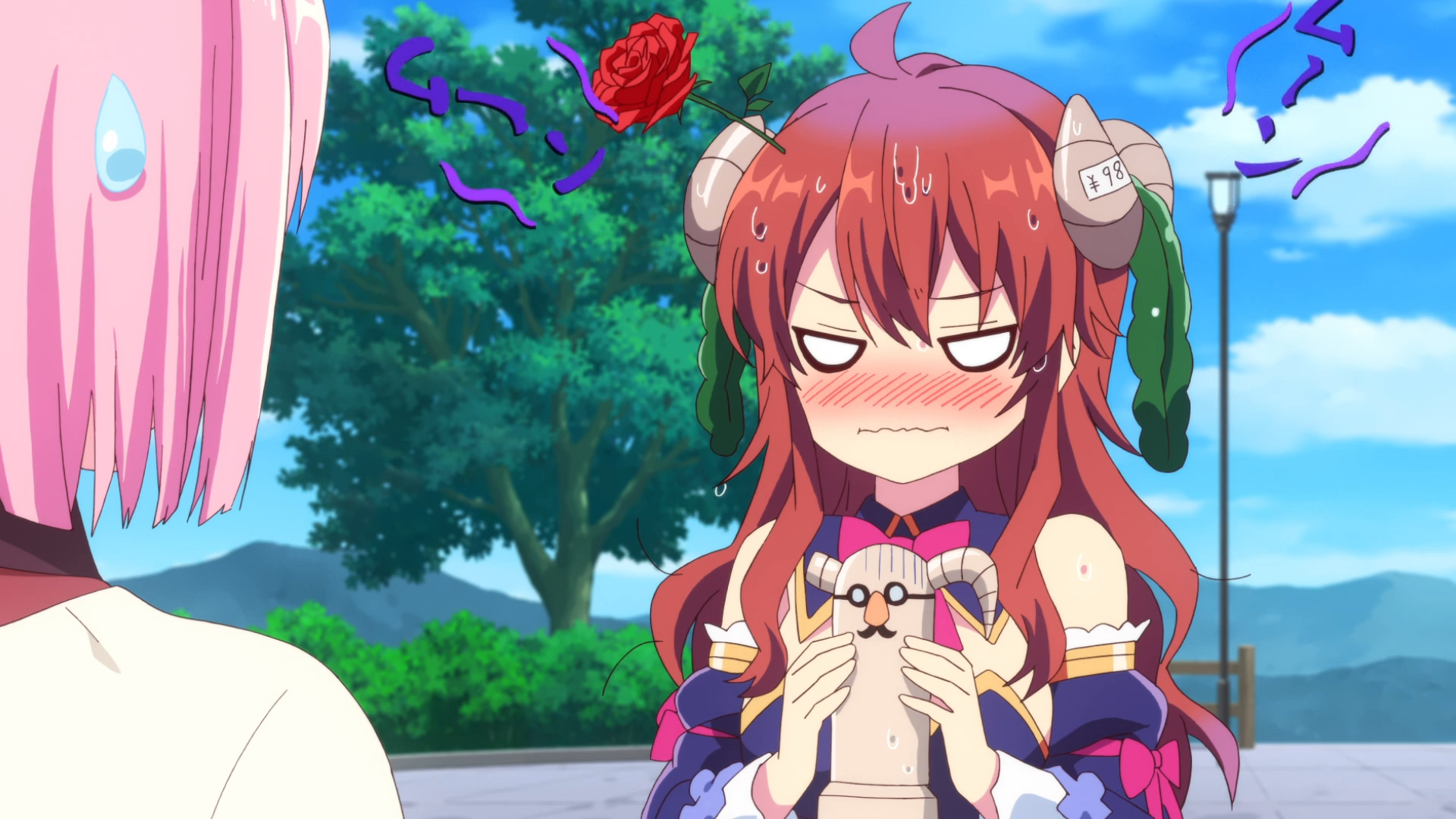 #1. The Demon Girl Next Door

One of the most pleasant surprises of 2019. I thought I’d get tired of The Demon Girl Next Door‘s comedy but it kept splitting my sides from Episodes 1 to 12, even taking what seemed like one-off gags into consistently entertaining recurrences. Most impressive is how much of a heart the story actually has, exploring Yuuko and Momo’s friendship in a thoughtful, endearing, and even emotional manner. Is it the best CGDCT anime of 2019? That’ll depend on how Fall 2019’s offerings ultimately fare but I will say the likelihood in Demon Girl‘s favor is high right now. 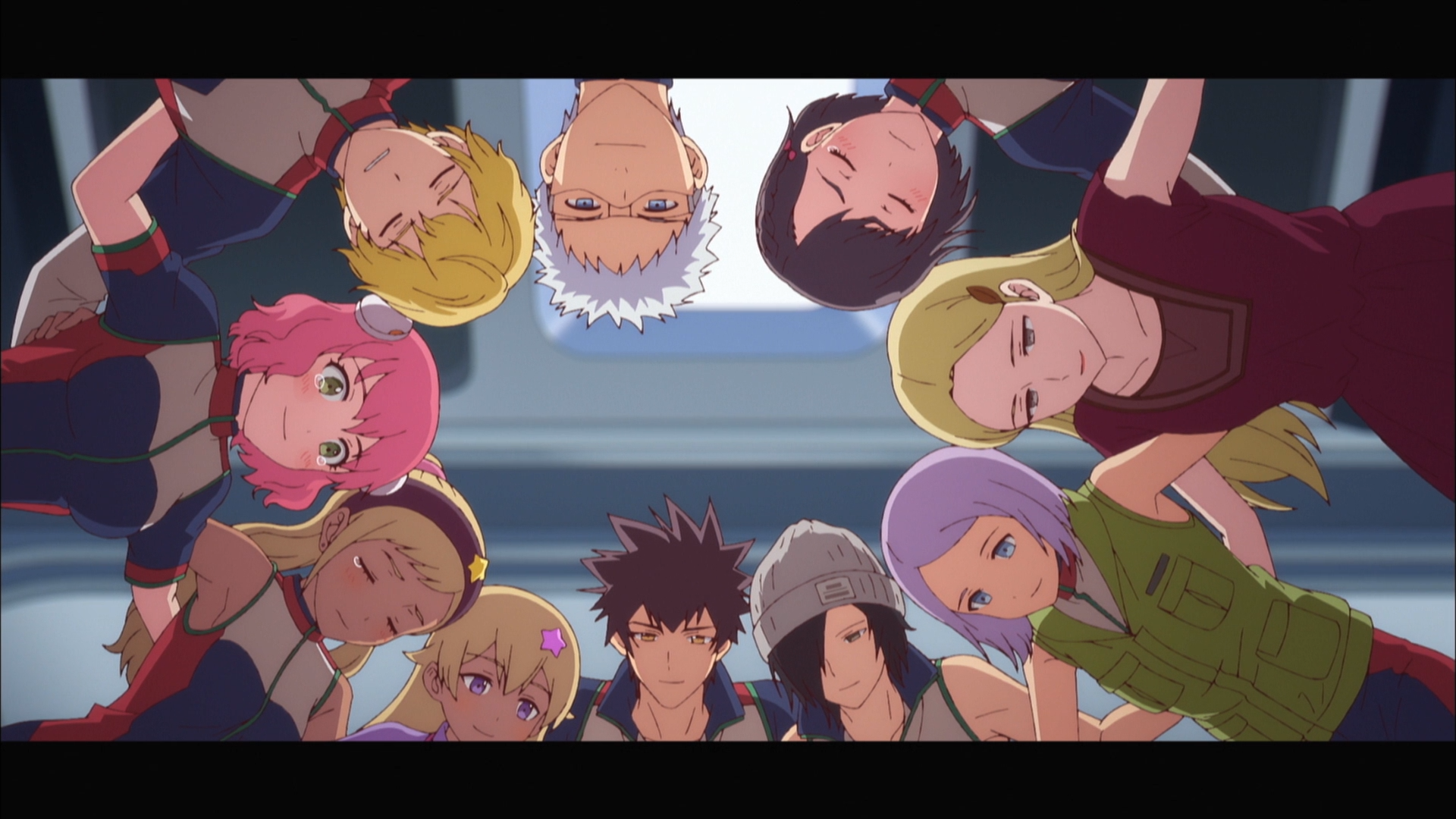 What a fun ride this turned out to be. The spacefaring adventure aspect of the story kind of fizzles out a bit by the end but Astra Lost in Space remained compelling thanks to its character-driven comedy and drama and an impressively dense web of mysteries. It’s also worth acknowledging how complete the story is. It has a beginning and an ending which is more than I can say for a lot of anime (bonus points for making the premiere and ending an hour long). Admittedly, the ending is maybe a bit too squeaky clean for my liking but it is satisfying and it does fit the tone of the story. 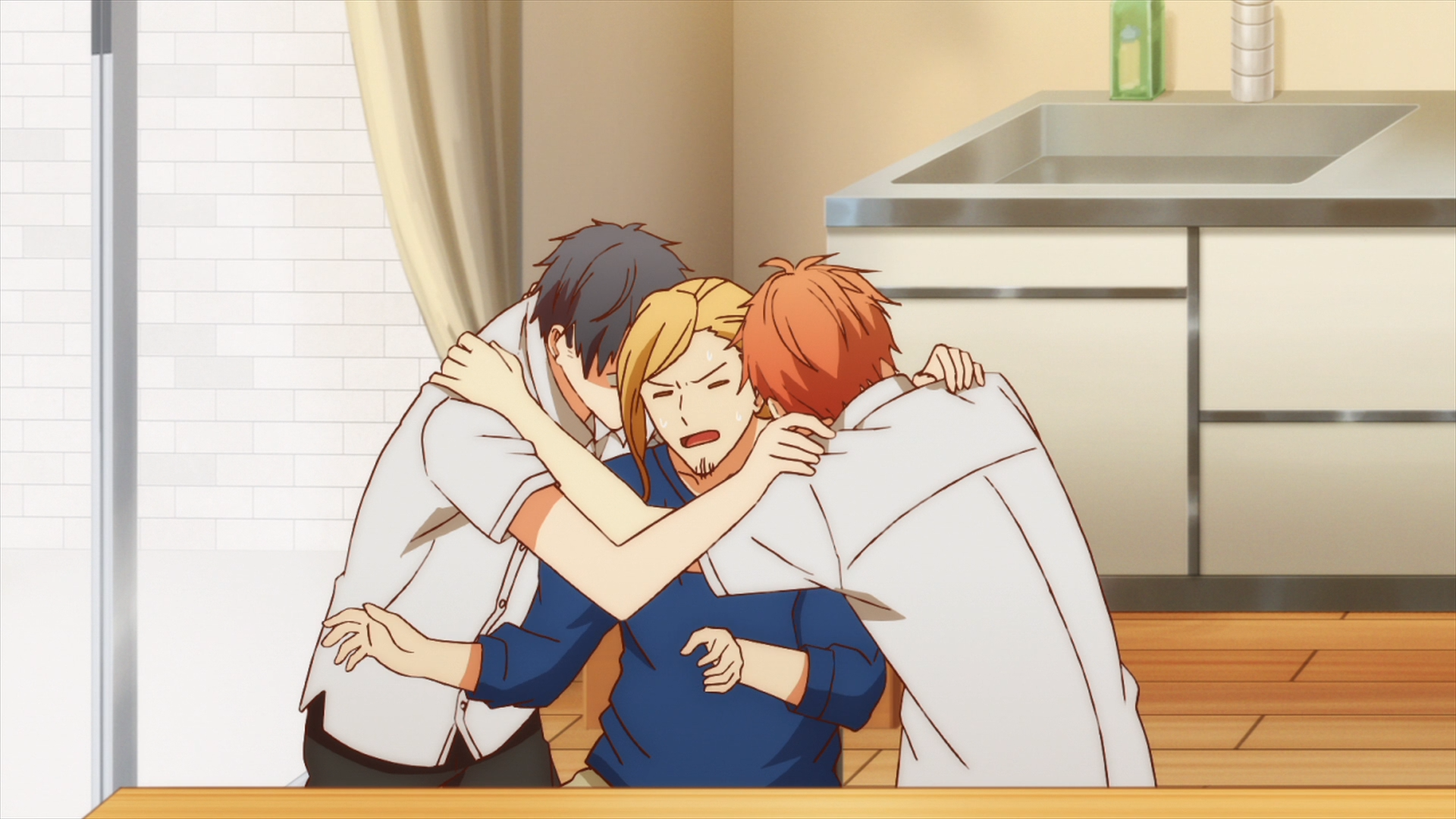 A music anime with only one insert song that plays in the ninth episode. A romance series where the romance has only just begun. If that isn’t a slow burn, I don’t know what is. But while Given is slower than a snail, it remained captivating. The characters are believable, slow pacing lends to a naturalistic tone, and the direction and BGM are both fantastic. I’ll also give Given credit for not being too heavy on tropes and even light on explicitly sexual content. More yaoi stories like this are welcomed. And yeah, I will watch the movie when it’s available in the States. 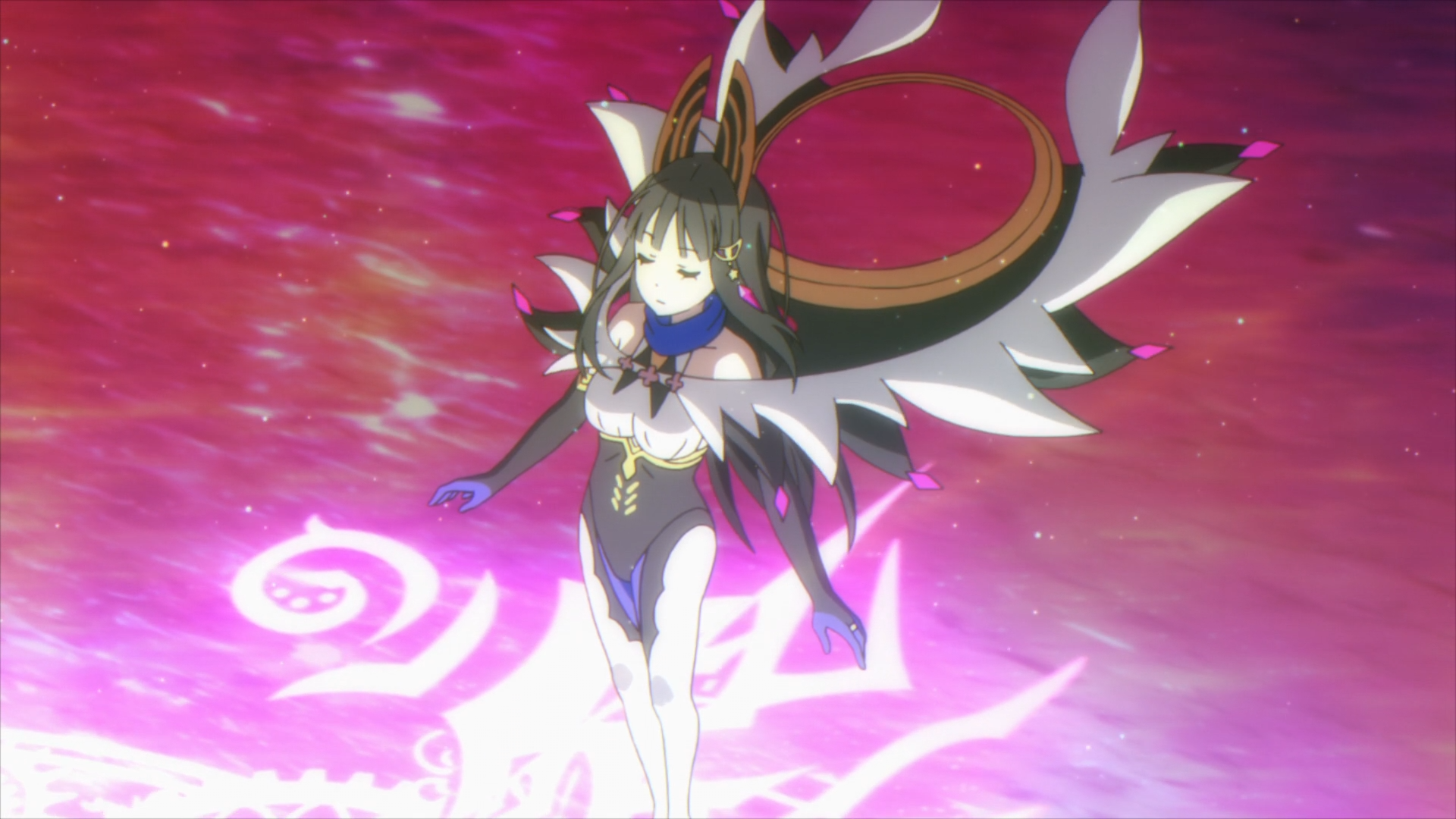 Granbelm was originally omitted from the Midseason Rankings as I wasn’t far enough to rank it and I didn’t feel confident enough to drop it. Here I am now, having just finished the show and making a last minute addition to the rankings. This is why it can help to delay the Final Rankings.

I enjoy the show but perhaps because the show is fresh in my mind, I am still struggling to decide how much I enjoy it. I can safely say that I really loved Shingetsu and her entire arc (that ending) and Mangetsu really grew on me. Everything else is where I think mileage will vary. Anna and Suisho, basically the show’s antagonists, are interesting but also far more over the top than they need to be. And don’t get me started with how dirty this show ended up treating Nene and Kuon. Frankly, I wish I did cover this show in episode reviews while it aired. There’s surprisingly a lot to unpack here.

If nothing else, this show is gorgeous. All the action is spectacle after spectacle and a lot of key dramatic moments are beautifully composed. Nexus really outdone themselves here. I hope to see another action series by them. 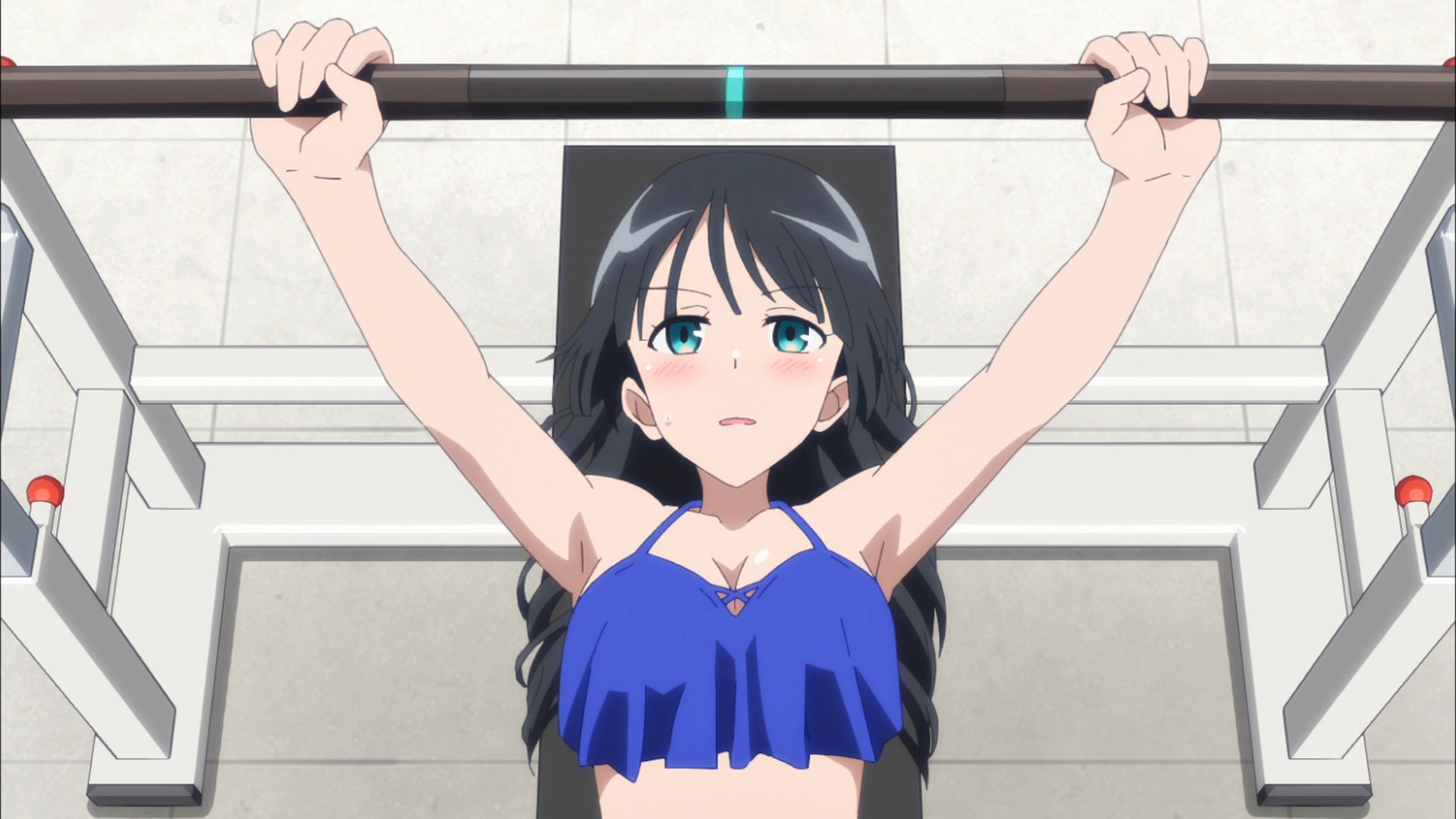 #5. How Heavy Are the Dumbbells You Lift?

Sexy and educational. Not a combo you’d expect but How Heavy Are the Dumbbells You Lift? manages to pull it off. Mixing in fan service with information on how to properly exercise is an amusing, even clever conceit. It also helps that the show can be funny without it (that final scene…). The story is too thin for my liking but I did like the characters, especially Akemi. 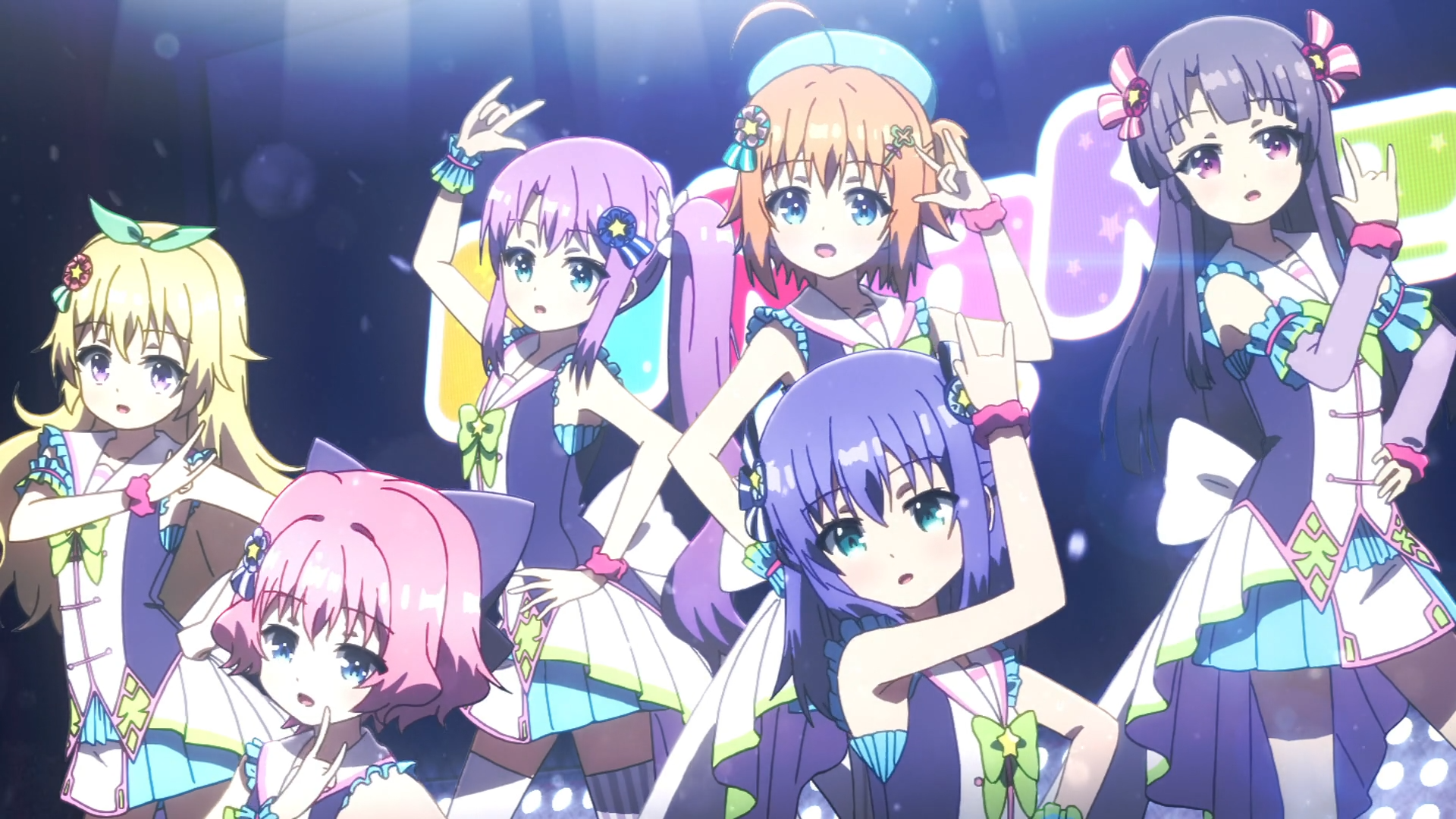 One of the better Love Live! clones that I’ve seen. I wish the soundtrack was more earwormy and the ending was more conclusive (assuming there’ll never be a second season) but I still found the main cast charming and their backgrounds and motivations surprisingly interesting. 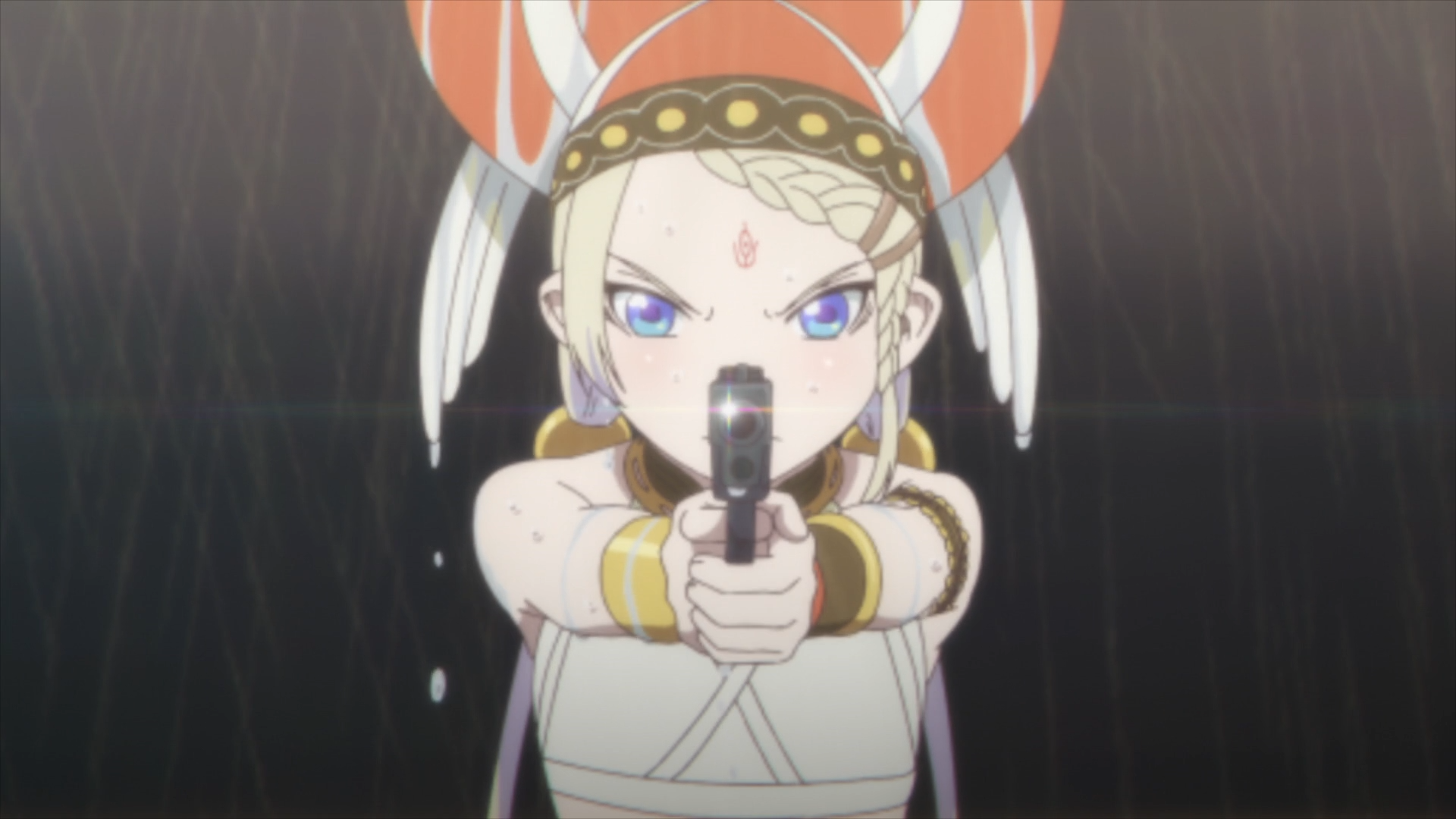 I can’t tell if Millepensee had a low budget or if they just suck that much at animation but Cop Craft severely squandered its visual potential. Some of the designs are solid but the action is often barely animated and even non-action shots are composed in ways with the obvious intent of drawing less motion. Simply put, some other studio should’ve animated this show. The writing fares much better. I don’t really like the villains in this show but Kei and Tilarna’s chemistry is pretty good and the show’s political and ethical commentary is impressively topical, especially to an American viewer. 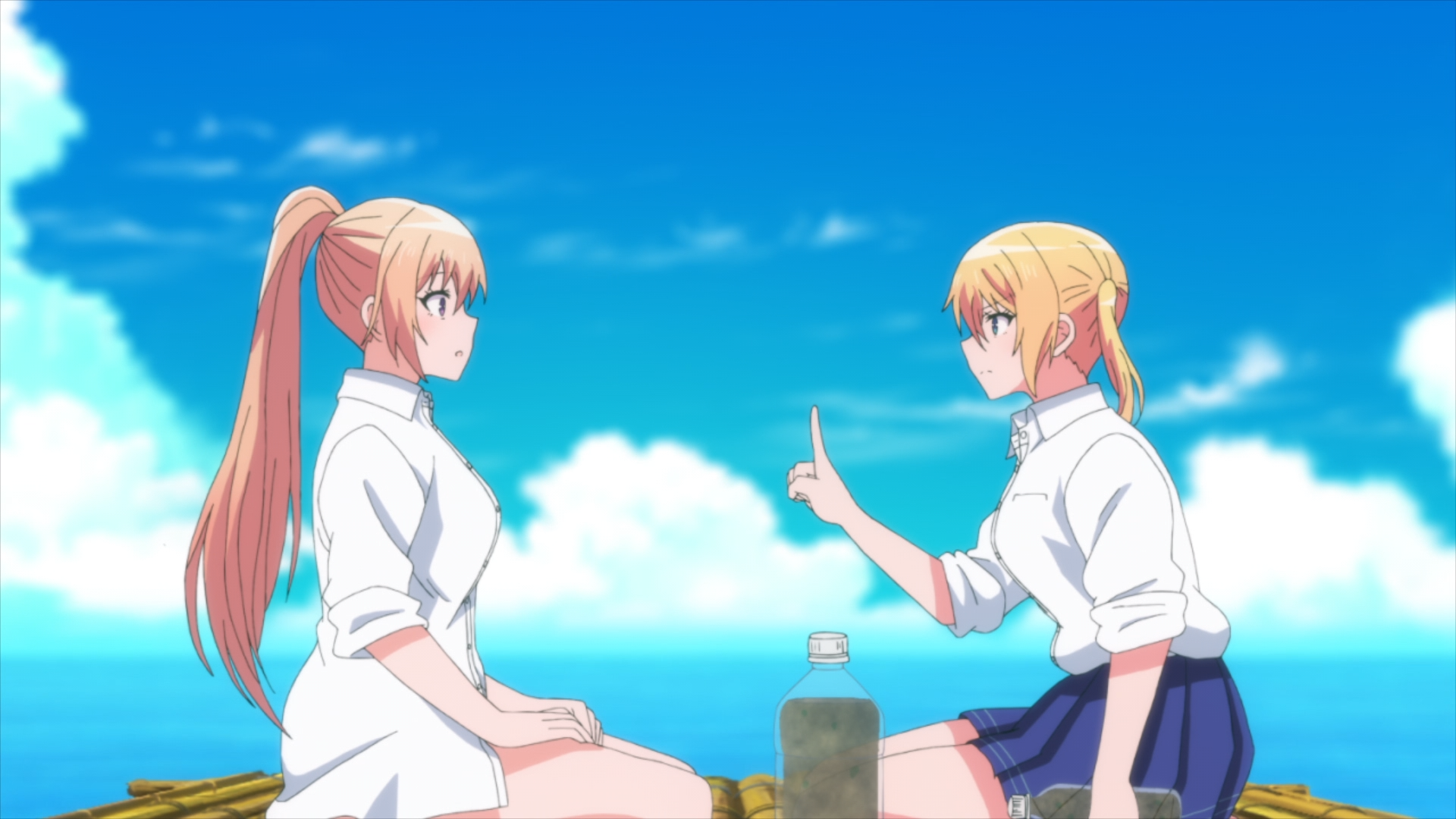 I definitely enjoyed Are You Lost? more than I expected (hell, I finished it) but it did end up wavering back and forth so a 6/10 feels more “right” to me. The comedy is definitely an acquired taste with how shamelessly gross it can be and it’s also at odds with the show’s effort to evoke sex appeal. It still has its moments though in either department and I still found the cast, especially Homare, charming. 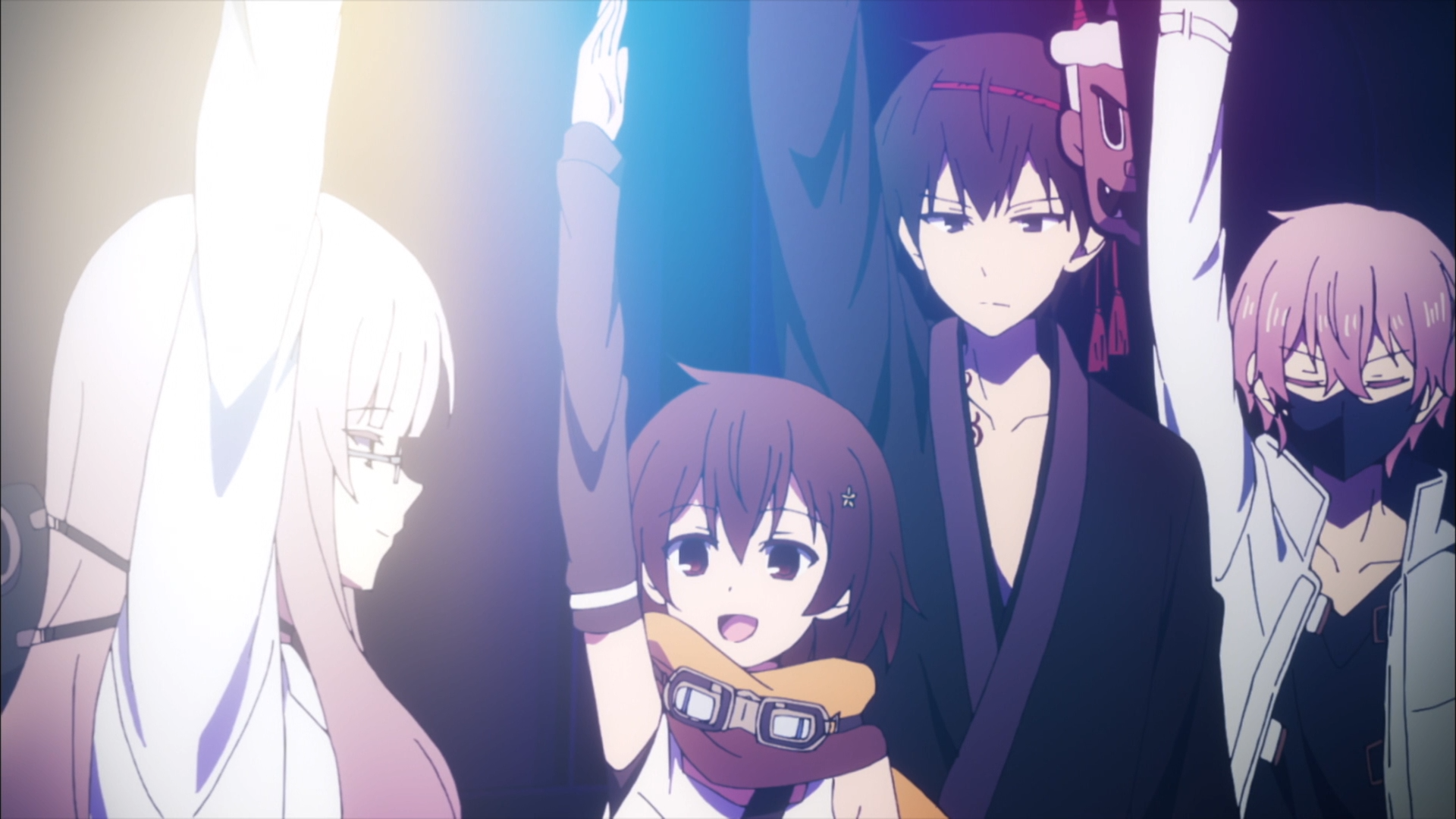 A slight guilty pleasure. The Ones Within is a very confused survival anime. It’s not very good at evoking suspense and the dark backstories some of the characters are hilariously skimmed over. The show tends to work better the goofier it gets but that obviously undermines the plot. But like I said in the Midseason Rankings, enjoyment is enjoyment and I did in fact enjoy the show. In fact, I’m actually disappointed that this ends without a clear cut resolution (and no, I doubt the OVA will remedy it).