Note: Updated to include BNA and Healin’ Good Pretty Cure.

Keeping up with seasonal anime has been a struggle of mine on this blog. I think the last season where I was 100% on top of things was like Summer 2018 (though I didn’t do too bad during the Fall after). With that in mind, I’m glad I finally pulled it off again with Spring 2020. And yeah, it is partly because of COVID-19 forcing me to stay at home and trimming down the Spring lineup. Obviously not circumstances I’d ever want but it technically has made keeping up with the seasonal stuff easier. There was actually a close call over this past weekend where my wi-fi died due to renovations and weather but that fortunately ironed out and I managed to finish all the shows I resolved to finish since the midseason.

As for Spring 2020 itself, it’s a pretty underwhelming season. A lot of that does have to do with the pandemic delaying many releases, some by an entire season and others during the midst of broadcast. That of course can’t be helped.  But I don’t know, I feel like even if Spring 2020 had quantity, I’d still think it was underwhelming in some way. Before the delays in Aprils, not much really stood out to me and I think delays or not, I’d probably have a small watch list. And as I said in the Midseason Rankings, my favorite three shows this season are the three older anime I happened to review at the same time and that’s sometimes not a good sign for a season. Still, something at least aired this season and that’s good enough for me. 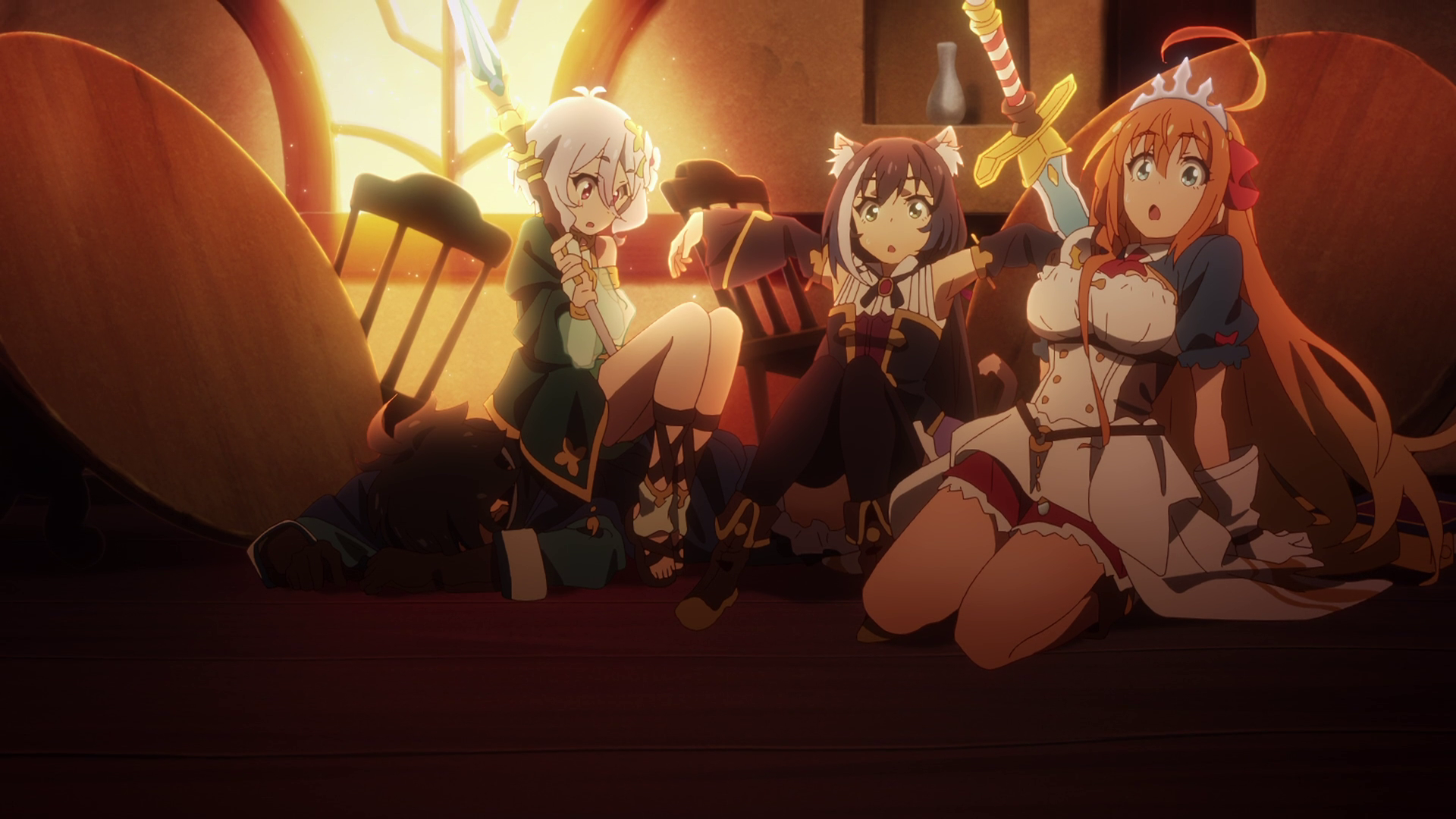 I did give Princess Connect! an 8 in the Midseason Rankings but right now, my gut is telling me a 7 is more appropriate. One, the supporting cast is too big with only a few standouts and some teased in the OP don’t even show up at all. Two, there are a lot of plot threads that go completely unaddressed. That being said, this show is still the one I found myself enjoying the most consistently this season. It’s hilarious from beginning to end. I absolutely adore the four main characters. The animation is not only gorgeous, it also greatly compliments the characterization and comedy. All in all, it really makes me interested in the game…too bad it’s not available in the US. 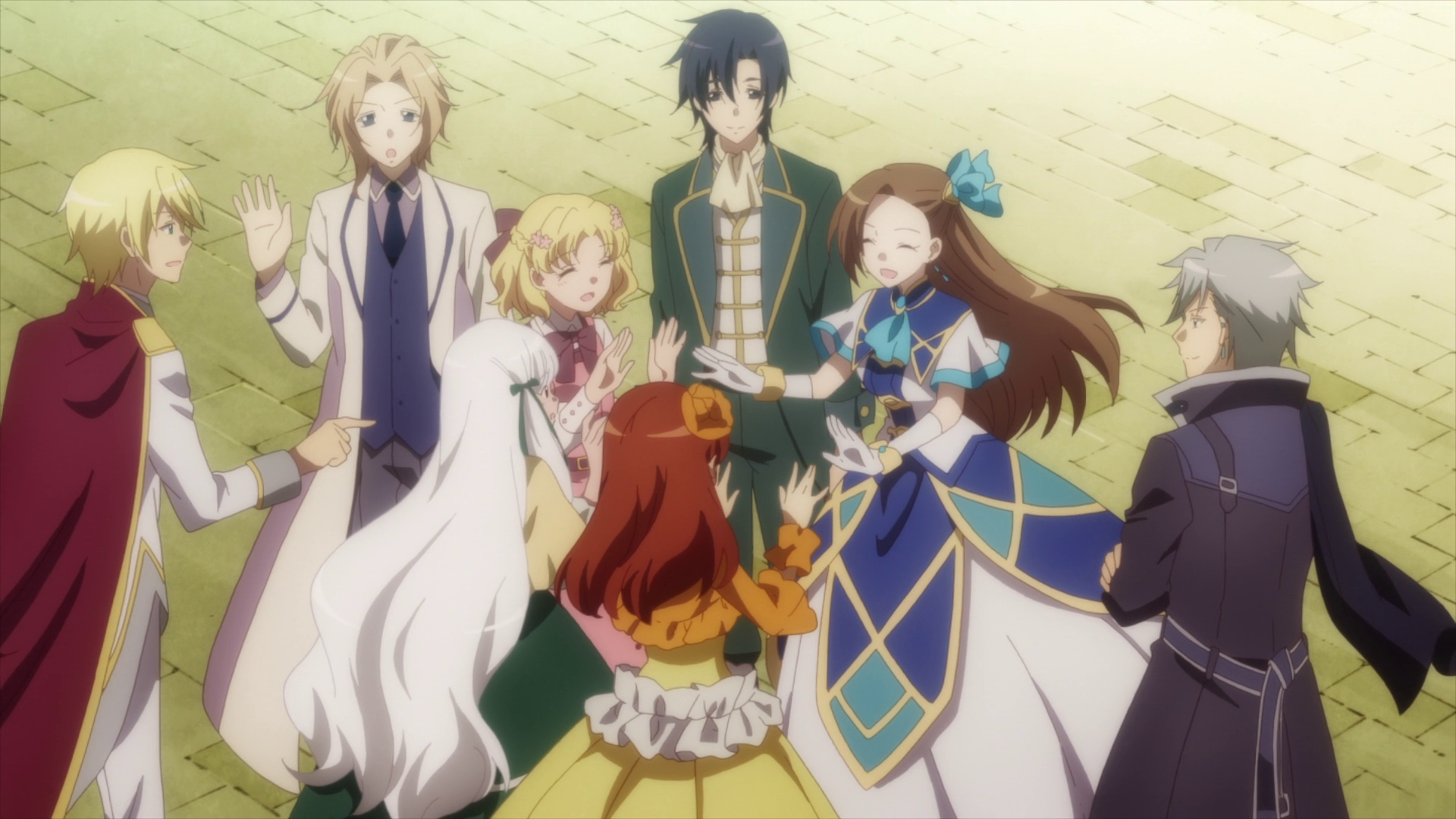 #2. My Next Life as a Villainess: All Routes Lead to Doom!

I’m not a huge fan of romantic comedies and isekai so it’s a testament to Hamefura that I finished and enjoyed it. It’s far from perfect. The story is aimless and has a finale that’s a bit shoehorned in. At times, Catarina can get pretty obnoxious with how much of a Bakarina she is. That said, the cast is overall quite charming and the punchline that everyone is enamored with Catarina surprisingly never gets old. As much as I enjoyed this show, I’m actually not sure if I actually want the recently announced second season. The only left to do is have Catarina pick someone and like hell that’ll ever happen (but if it does, please let it be Sophia or Maria). 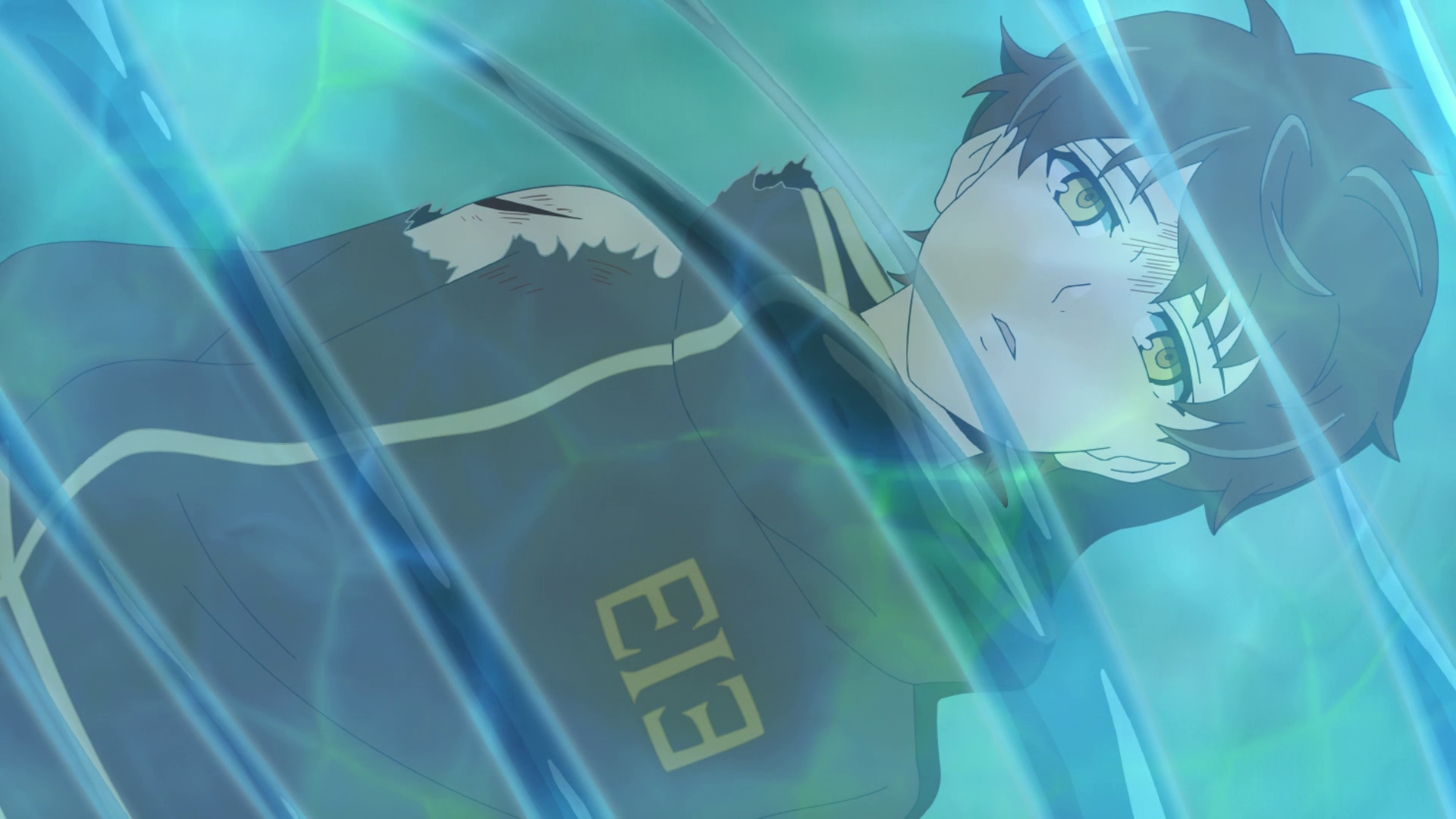 I don’t want to say Tower of God‘s mythos isn’t interesting but it is still my least favorite part of the show. A lot of the jargon is forgettable and yet the show clearly revels in it, given how plentiful the exposition is. That said, there are some standout characters (i.e. Khun, Rak, Endorsi) and the action set pieces are very interesting and entertaining. I’d also be pretty bummed if this is all we’re getting as far as the anime is concerned. After that ending, there better be more. 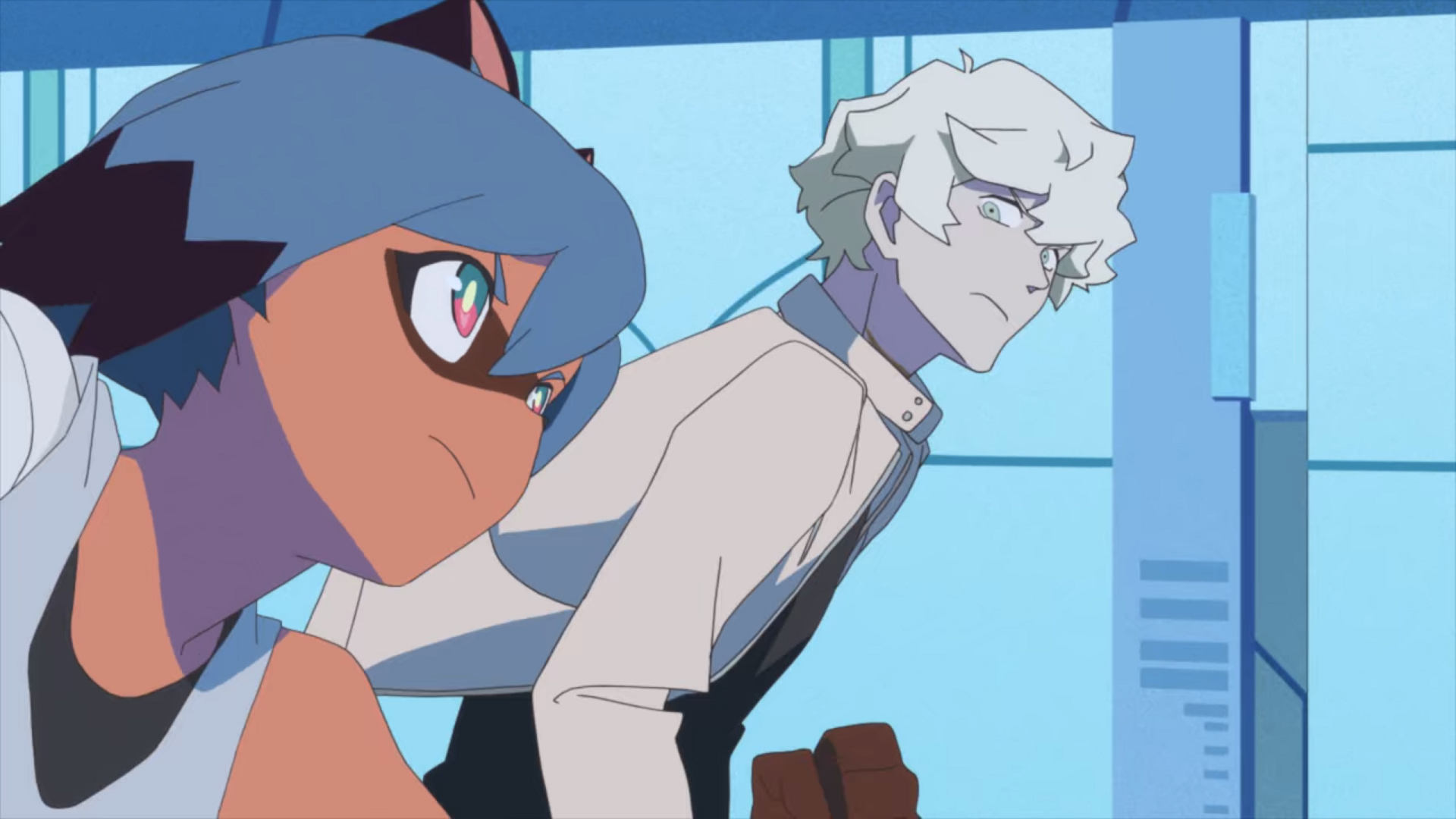 I probably would be saving Netflix releases for a future editorial but since BNA made it to the States on the very last day of the Spring season, I figured it made more sense to update this post and include the show here. The show’s theme of prejudice and racism feels a little surface level and not too well defined to me but I nevertheless enjoy BNA for its likable cast of characters and entertaining action sequences. And unsurprisingly, studio Trigger shows their animations chops here. 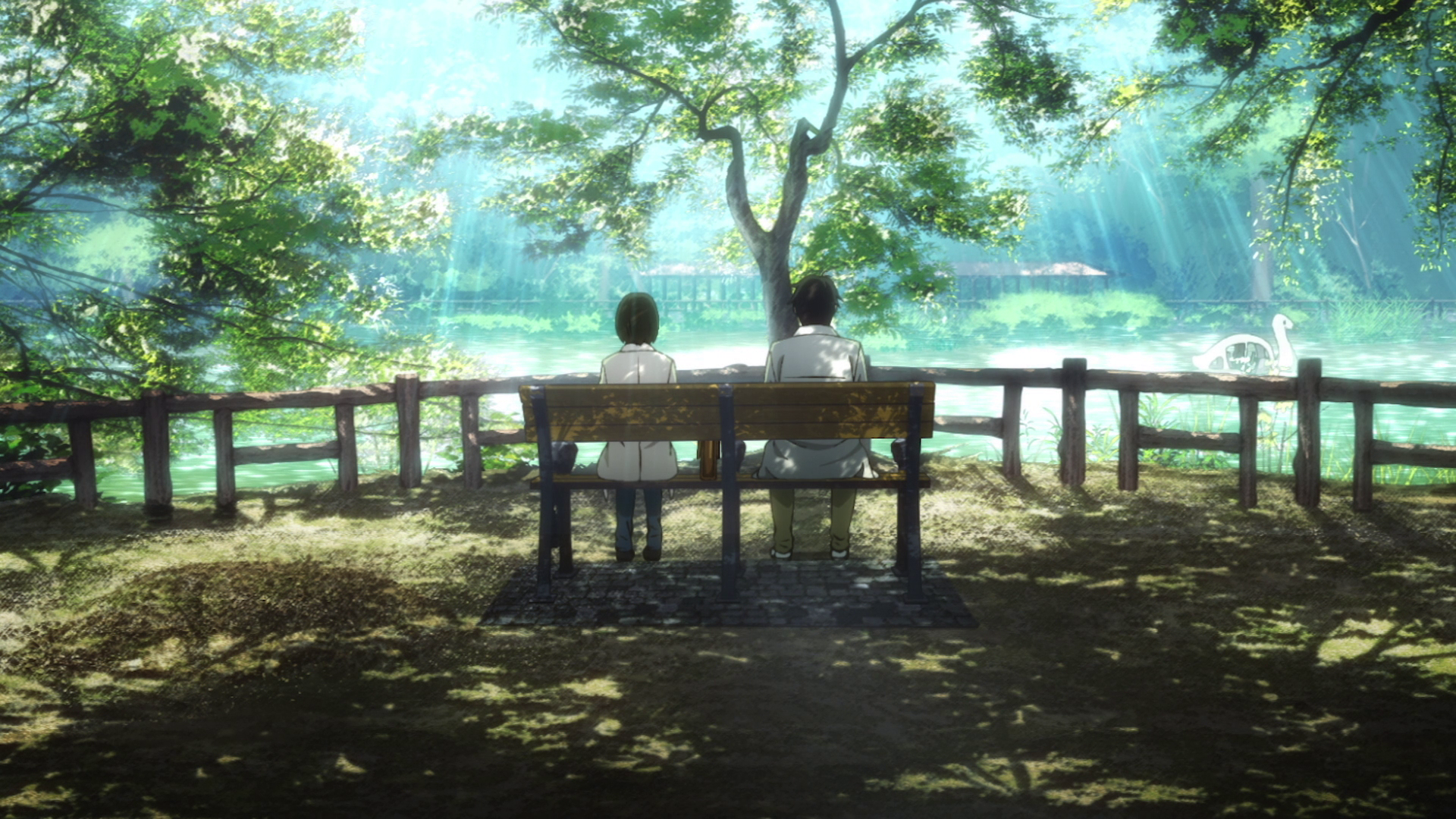 Finding out that this show is actually twelve episodes and not eighteen like we all assumed (the extra six are just shorts apparently) is not only disappointing but baffling. With how the show paces, eighteen episodes would’ve been perfect. I still enjoy the story for the most part but it does peak after the midpoint (those one-off, what-if love interests have more appeal than the main shippings, by the way). And I’ll be blunt: the ending is complete bullshit, contradicting much of the show’s prose. Obviously, I still like it but I can’t help but think it’s a disappointment in some extent. 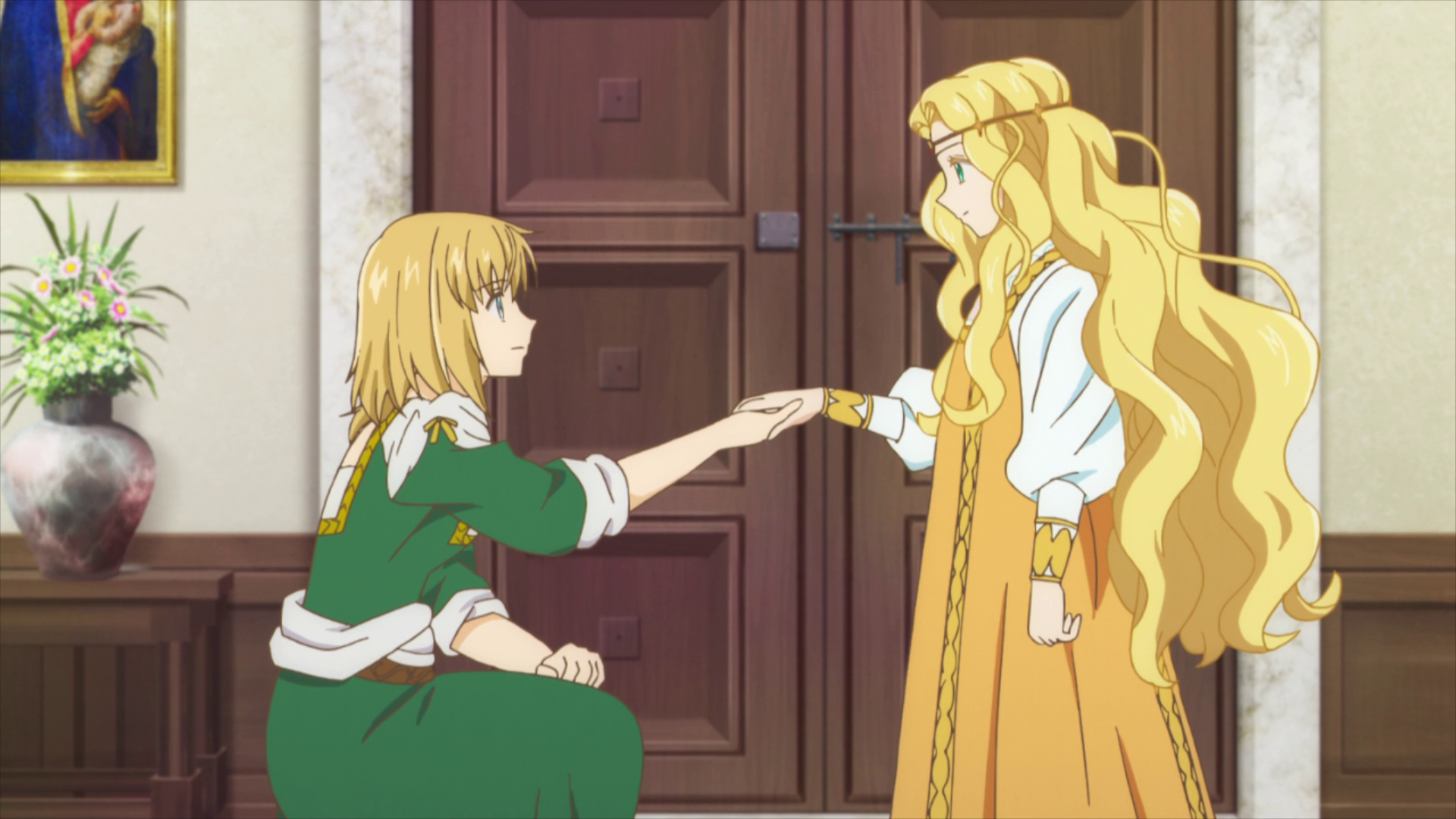 Watching Arte was pretty bumpy and once or twice before the midseason, I considered dropping it. The show really beats you over the head with its gender theme and I’m saying that given the show’s setting. There are also some baffling writing choices like Arte briefly crushing on Leo (which goes nowhere in this show) and skipping over the introduction of her best friend, Darcia (Kiyono Yasuno). That being said, I like the overall chemistry between Arte and Leo and the story picks up considerably as more characters are introduced and Arte takes a trip to Venice for the last couple of episodes. 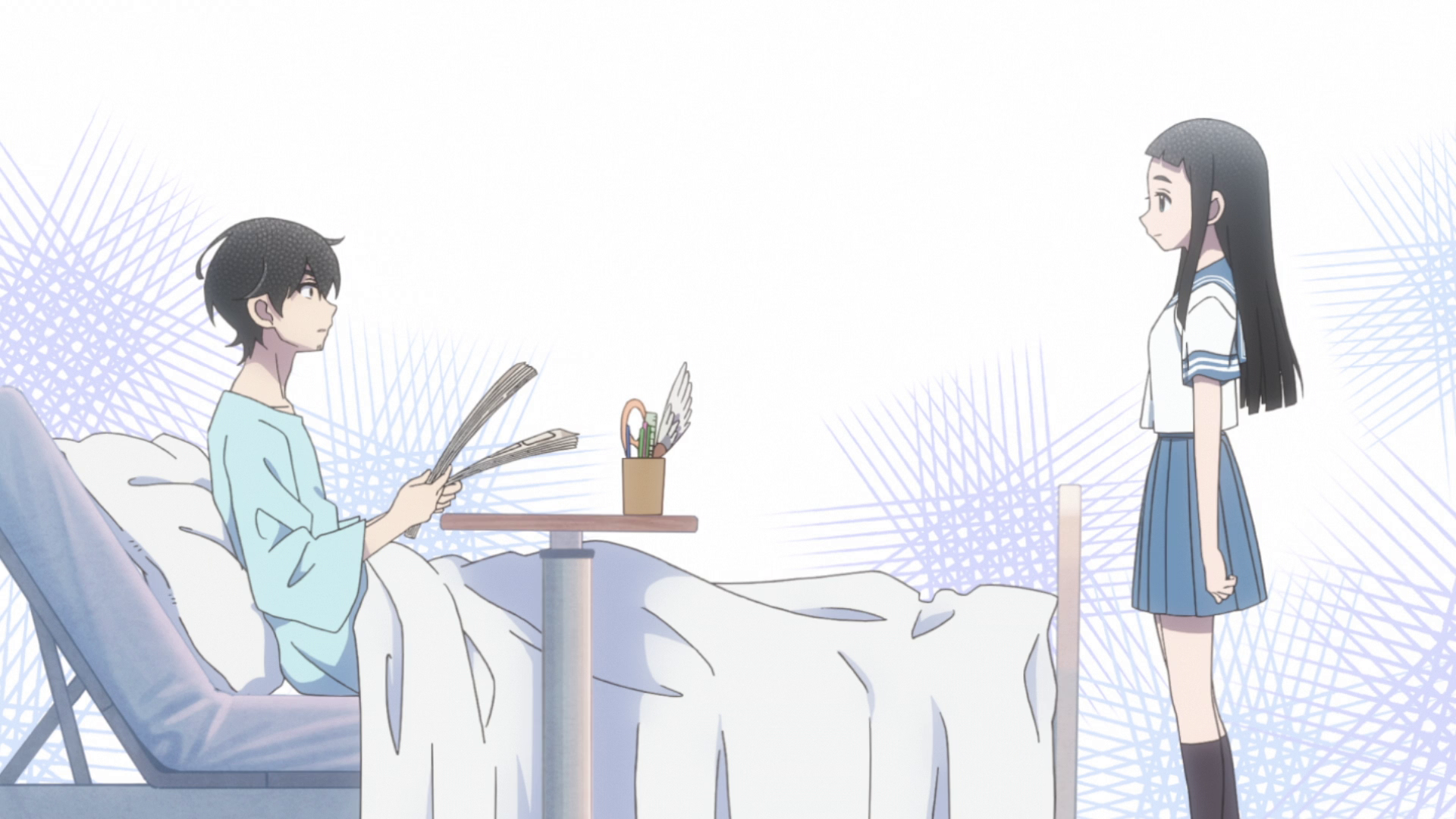 A gag comedy that I wish wasn’t a gag comedy. I get that the slice of life hijinks are meant to add to your investment towards the characters but they should not have dominated the narrative. It feels too aimless and I very often found myself wishing that the show would just cut back to the present. This becomes very problematic when you get to the finale which has to address every plot thread and briefly go over happened in the intervening years that you wish you could see in greater detail. That being said, the comedy hits more often than it misses and Rie Takahashi is fantastic as Hime. 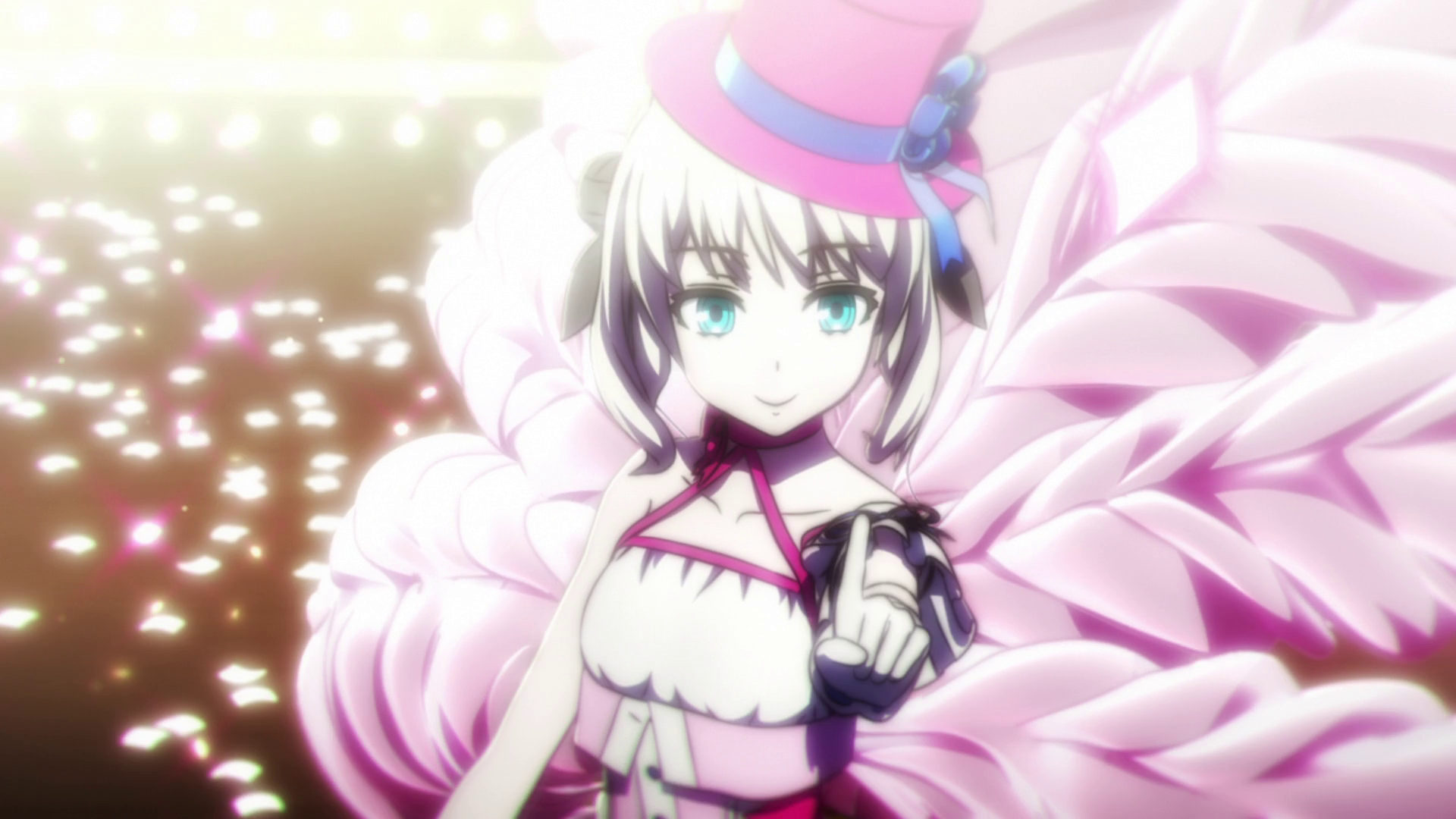 Still haven’t played the game (it’s actually out of print at the moment) though aside from sharing the cast, this anime is actually pretty self-contained. The story is its own thing and I was able to follow it just fine. Sakura Wars the Animation has a really cool setting and there’s some decent stuff done with Sakura and Klara. That said, the story is extremely predictable, some character actions are baffling, and the villain is hammy and stupidly powerful. While I wouldn’t call the CG animation by Sanzigen awful, I’ve seen worse, it’s still pretty distracting.

Been watching Healin’ Good Pretty Cure on and off and now that it’s officially simulcasted, I’ll be watching this more consistently and therefore include it on these seasonal editorials from now on. I like Healin’ Good. The characters are very cute and charming (Hinata is Best Girl) and I dig the veterinarian theme to the designs. That said, I do remember Hugtto! and Star Twinkle hooking me much more (makes me want to finish those two seasons). 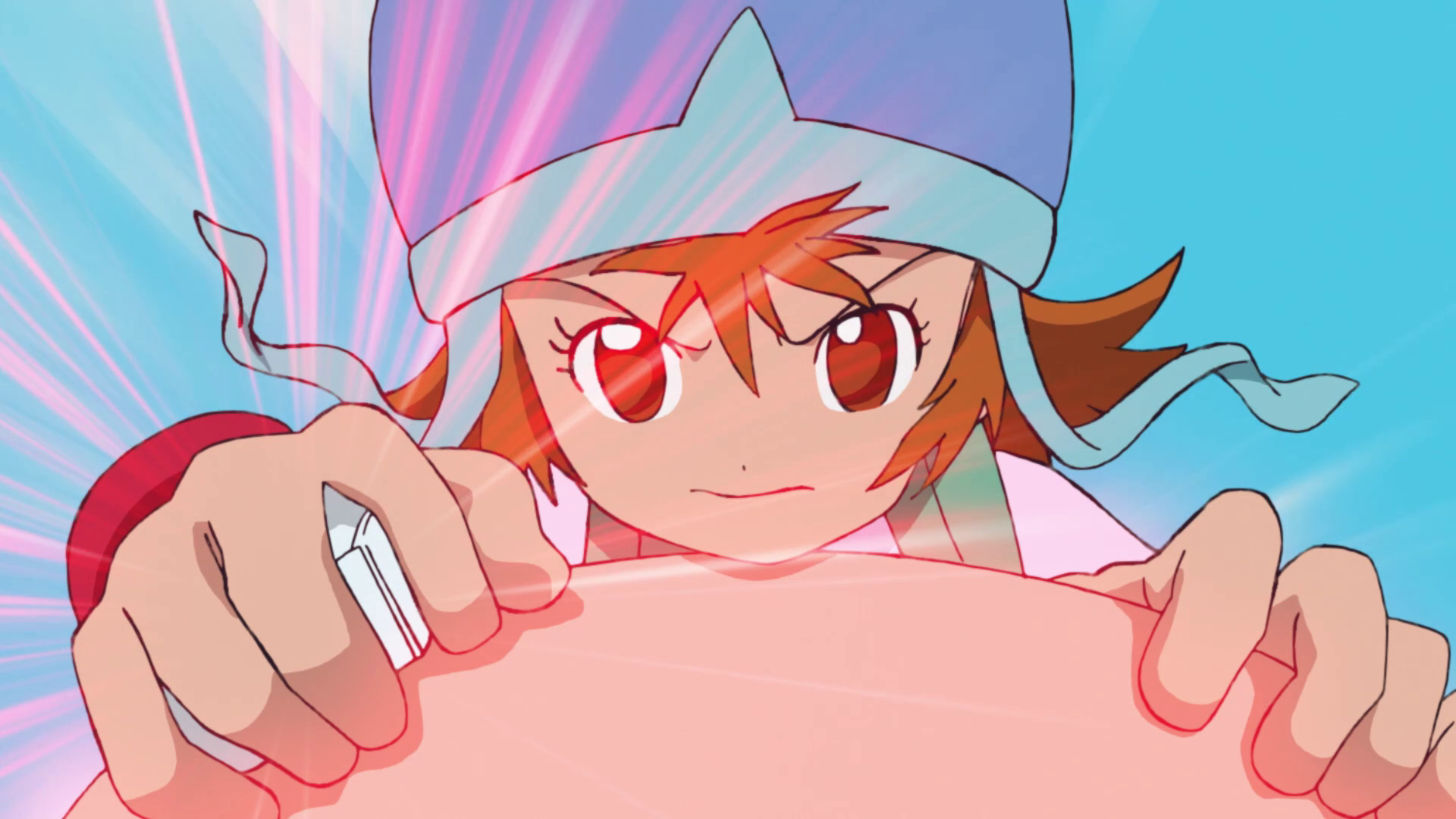 After a delay due to COVID-19, Digimon Adventure: returns and manages to sneak in one more episode before summer begins. Any pretense that this is a carbon copy of the 1999 original has been thrown out the window. I mean, freaking Omegamon showed up in Episode 2 which is very daring of the show to do. The show is doing its own thing while capturing the spirit of the original and I approve of that approach.

One thought on “Spring 2020 Final Rankings”