Update (1/31/2019): Now that Tsurune has finished airing…and now that I found the time to finish watching Tsurune…I can now truly say goodbye to Fall 2018. I also threw in a couple of more shows while I was at it. Some other changes includes a slight re-arrangement in rankings as well as a proper introduction on how I feel about this season.

Looking back, I kind of can’t believe that I thought Fall 2018 would suck as an anime season. In my defense, the bar was set really low. Summer 2018 proved to be underwhelming and at the time, a lot of the then-upcoming shows didn’t give me a lot of hope. In the end, the season proved much better than I expected. The shows I anticipated the most largely stuck their landings and a number of shows either took me by surprise or gradually won me over with time.

I don’t know if I can call Fall the strongest season for the year though. I admittedly couldn’t watch a whole lot for Winter 2018 (I hate college) but boy did were the shows I managed to watch that season really, really good. If you ask me, that was where 2018 peaked and not much in the succeeding seasons, including this Fall, were able to convince me otherwise. Still, for a year of anime that peaked early, I’m glad that 2018 ended gracefully and respectfully.

I thought really long and hard about putting Bloom Into You at #1, let alone bumping the score from an 8 to a 9. Much like during the Midseason Rankings, it was a tough time deciding on a top pick. In the end though, I feel that Bloom Into You really did inch its way to the top. I was skeptical of some developments such as the student council play and Touko’s identity crisis but the writing succeeded in proved me wrong and justified them with such purpose and prose. The direction and art is still lavish and of course, Yuu and Touko’s relationship remained incredibly endearing. I’ll admit the finale is a bit too “Read the Manga” for my liking but it still was a fantastic way to go. All in all, Bloom Into You is a wonderful time and it’s definitely up there in my Top 10 favorite anime of 2018.

#2. Iroduku: The World in Colors

I almost put Iroduku on top again but I’ll admit the finale, terrific though it may be, does leave me hanging in some respects. However, I still would call the whole show one of my favorite anime of the season. I really enjoyed the whole cast, especially Hitomi and Kohaku (Best Girl right there), and the show did a great job settling into a relaxed, slice of life tone before slamming you with the feels train for the last three episodes. And of course, the show still remained very gorgeous; easily one of the prettiest visuals 2018’s anime had to offer.

#3. Rascal Does Not Dream of Bunny Girl Senpai

Had Futaba and Nodoka’s arcs been longer and Kaede’s focused on her character more in the finale, I probably would’ve given Bunny Girl Senpai a 9 out of 10 and maybe make it my top pick. This series is still one of the biggest and most pleasant surprises of 2018 though. The dialogue isn’t the most subtle or eloquent but I’m willing to let that slide after meeting a compelling and endearing cast of characters and a lot of creative commentary on adolescence and desire. Now, to just wait for the movie…

This is normally not the kind of anime I’d enjoy but I suppose there’s an exception to everything. Believe me, the premiere is rough and the overall narrative and world can get clunky from time to time. Still, I’d argue the pros outweigh the cons. I grew to really like the characters, the action, and the self-awareness the show has over its own premise. I get why people dropped this from the get go but I personally enjoyed watching it and I am interested to see its continuation in whatever form it may take.

Much of Gridman‘s narrative pins on the redemption of its primary antagonist and mileage may vary on whether or not you think the show made that feel earned. To be frank, it didn’t come across that way for me and that did sap much of my enjoyment with the show, especially its conclusion, as a result. It’s a huge shame but the journey is still worthwhile. The characters are pretty likable and the direction is simply superb. I’ll give Trigger an A for effort…at least this wasn’t Darling in the FranXX… 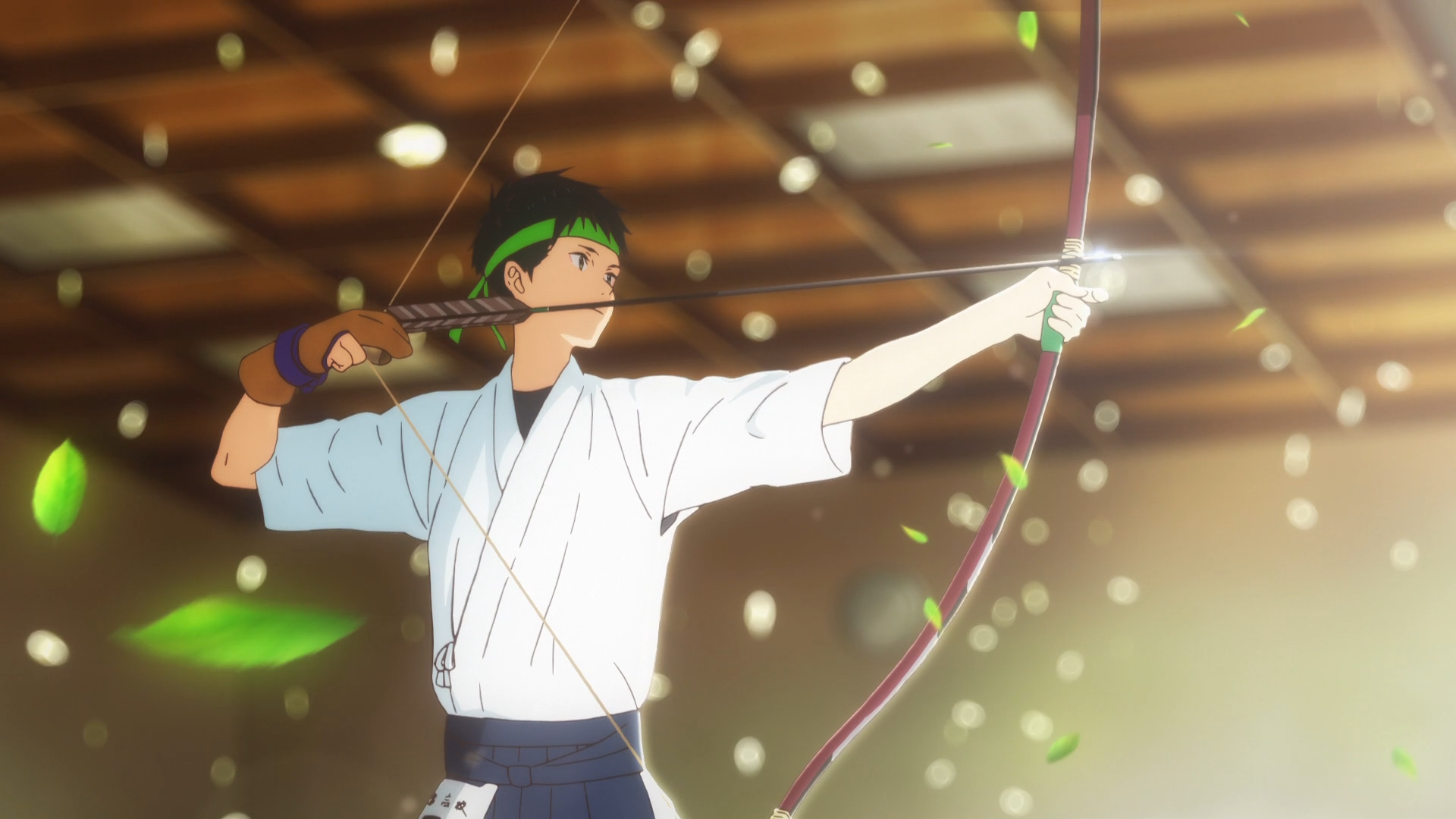 Guess my loyalty to KyoAni paid off after all. I did in fact end up enjoying Tsurune more than I expected. It’s far from perfect. A lot of the characters are either bland, annoying, or some blend of the two and there’s a couple of plot details that feel pretty cheap or contrived to me. Even so, the student-mentor relationship between Minato and Masa is exceptionally layered and authentic and the visuals are, of course, gorgeous. Violet Evergarden is the better of KyoAni’s productions from 2018 but it’s nice to know the studio got two hits for the year.

*Carried over from Summer 2018

Evaluating Banana Fish was tough and I’ll admit that I might be more critical than others would. In the end, I couldn’t shrug off how uneven the whole show is, be it pacing or writing or tone. So much is all over the place with this series. Even so, the friendship and implied romance between Ash and Eiji was the one thing Banana Fish got incredibly right. It’s the big linchpin in enjoying and feeling emotionally invested with this series. I wish this series could be better but it was still one hell of a ride. 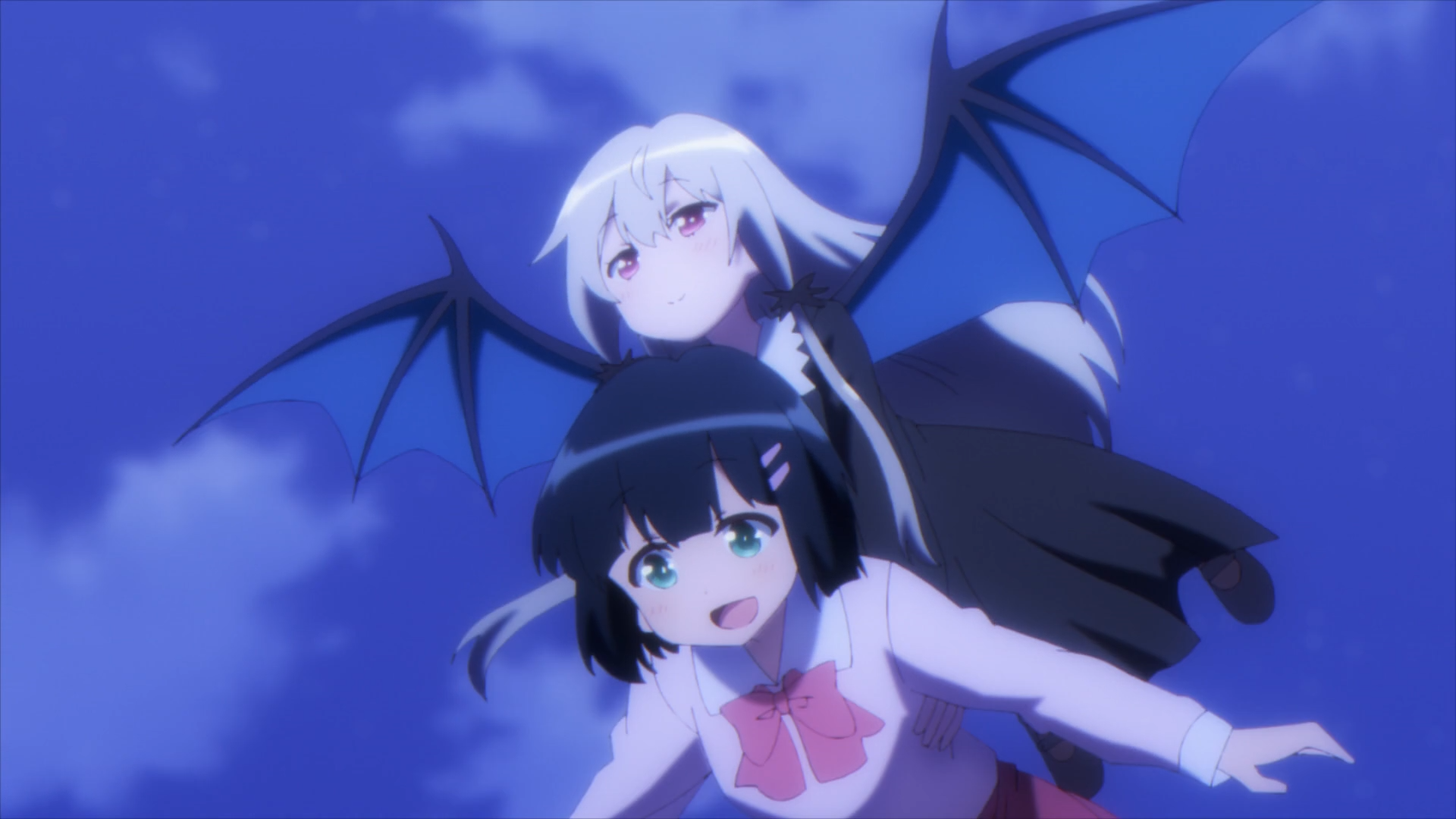 #8. Ms. Vampire who lives in my neighborhood

I realize I am settling with “pretty good” again with CGDCT anime but until Laid-Back Camp Season 2 premieres, that’s probably the best we’ll be getting. I still had fun with Ms. Vampire though. I 100% approve of portraying a vampire as an introverted otaku and the vampire-themed jokes still manage to get me chuckling even by the time series ends. 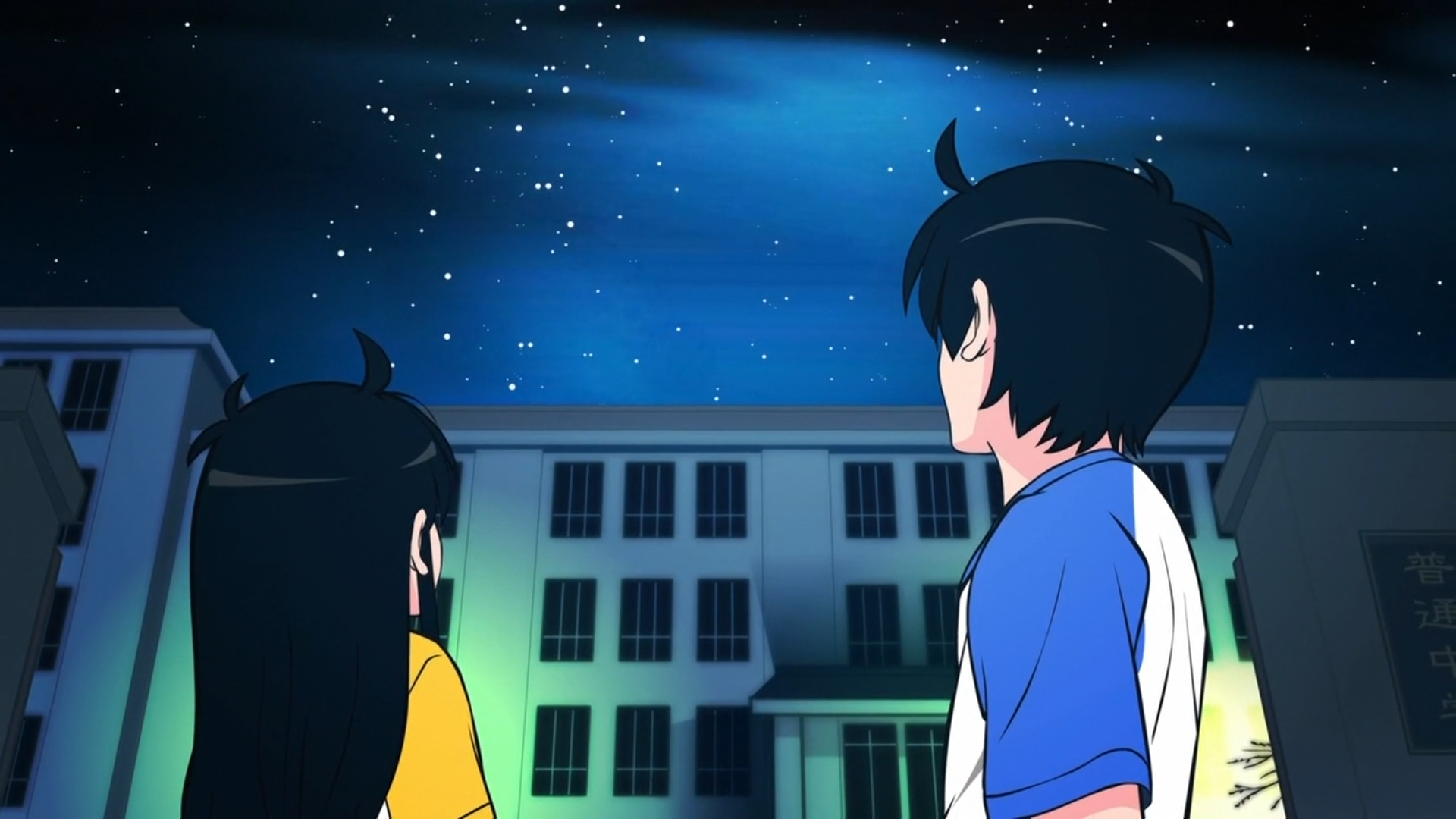 *Carried over from Summer 2018

Kind of like with Banana Fish, I accidentally left Ani ni Tsukeru Kusuri wa Nai! on the wayside, hence why it didn’t appear in the Fall 2018 Midseason Rankings. Whoops. At least binge watching didn’t take too long. As I’ve said in previous rankings, this is more or less has the same shtick as the first season but that’s fine by me. Having more episodes does, however, allow the supportive cast to shine more.

Again, I just think Beelzebub and her relationship with Mullin is incredibly cute. I’ll also add that Gocchin emerged as a favorite of mine, maybe even more so than Beelzebub. Twelve episodes did prove to be a bit overlong (definitely don’t binge watch this anime) but I still had fun. 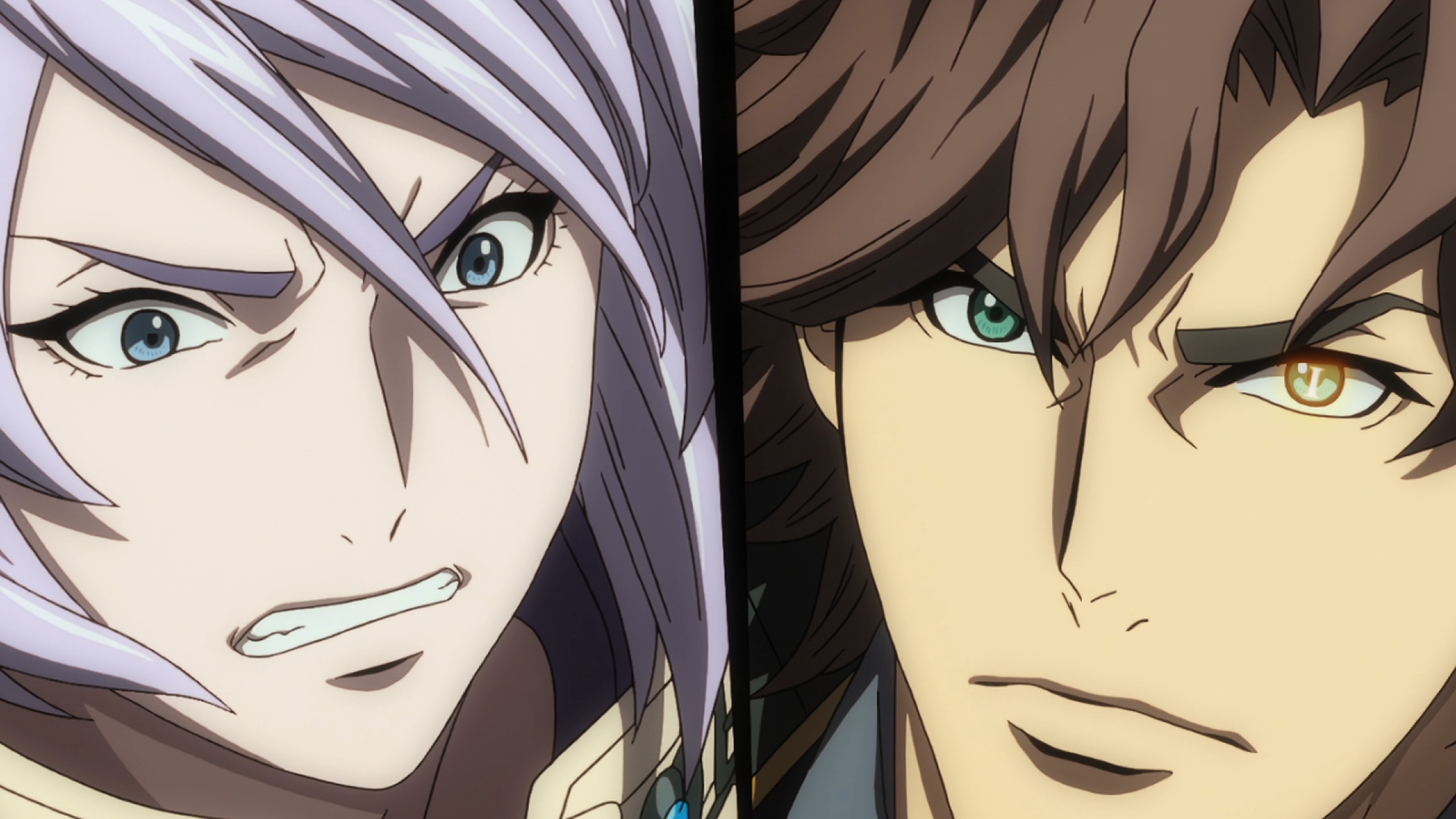 Double Decker kind of lost me with all its twists and turns at the end and I’ll admit that some episodes dragged a bit the more I look back. The comedy is still pretty inconsistent too. As compensation however, the setting and the dynamic between Doug and Kirill developed quite nicely. There’s apparently going to be three additional episodes and I plan on checking those out when they release. 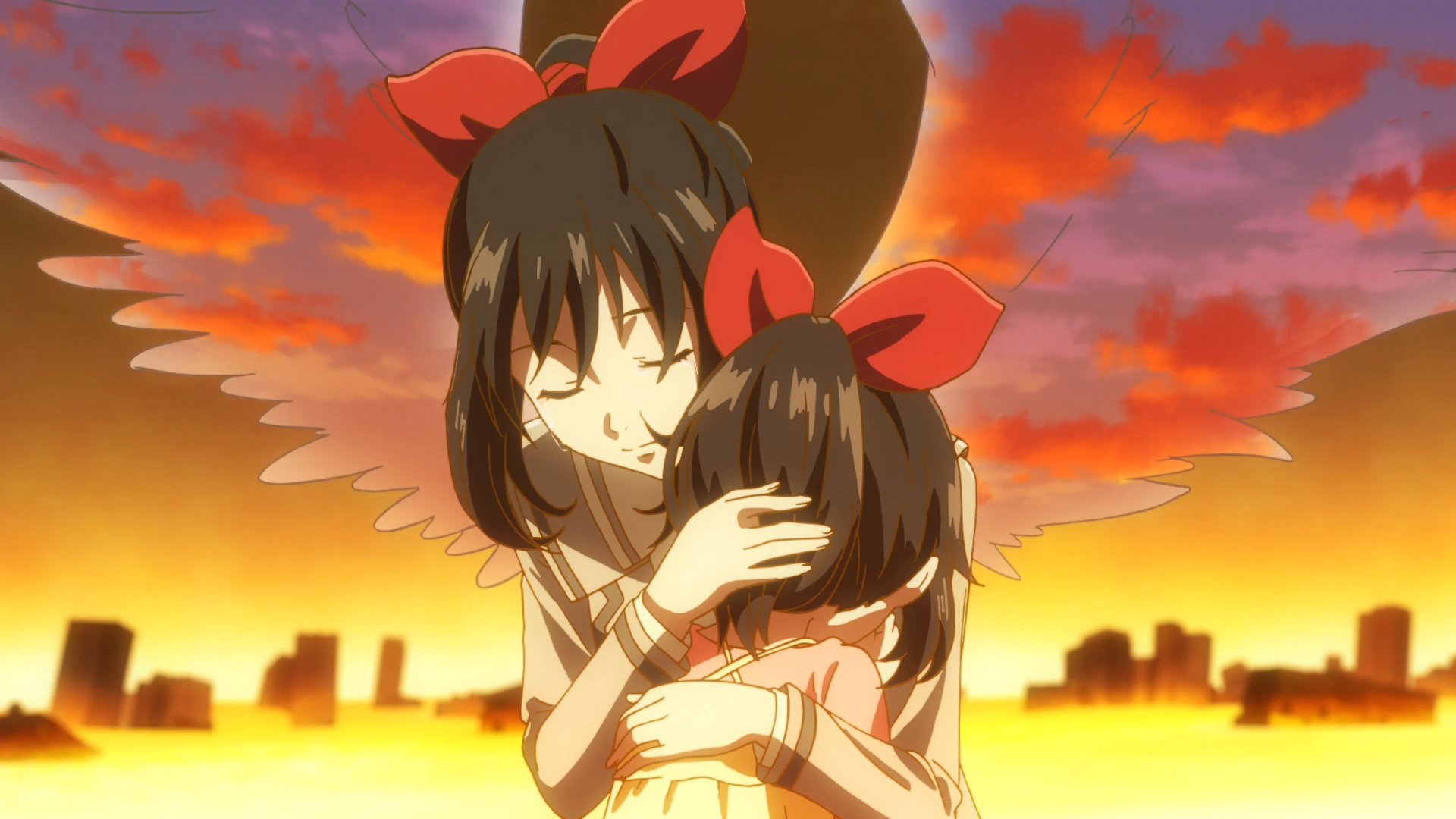 I originally ranked The Girl in Twilight at rock bottom with a 6/10 score but by the time I had to update this post for Tsurune, I realized this show has stuck in my mind more than I expected. I could still do without the magical girl CGI fighting but I also did still really enjoyed all the different parallel worlds. And not going to lie, the show did indeed pick up considerably during its final stretch. All the character development for Yu and especially Asuka is great in both concept and execution and the finale is surprisingly quite evocative. Had the staff played their cards better, this could’ve among 2018’s most amazing anime but I guess I still ended up liking this series. 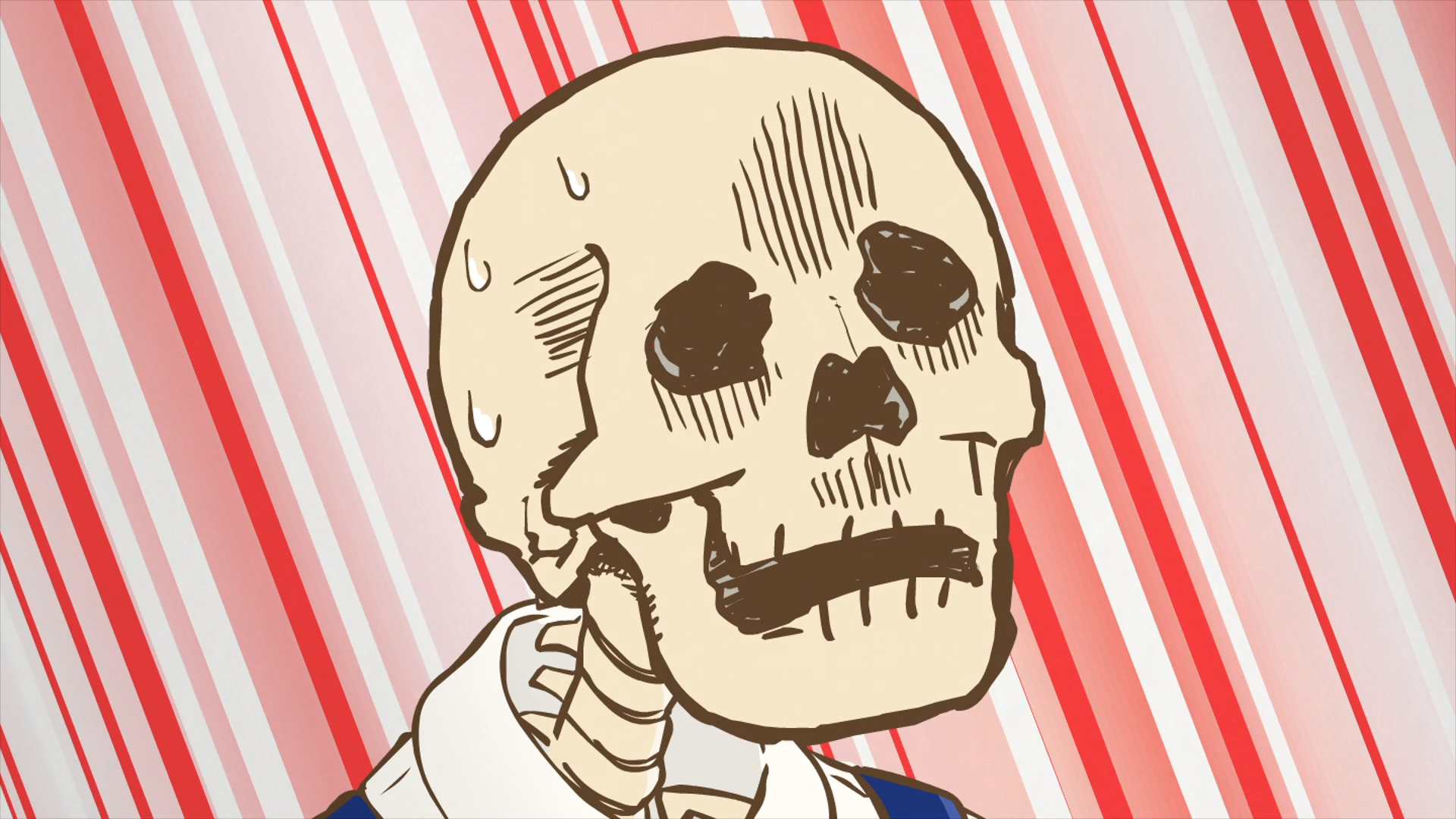 Here’s the thing: I wholeheartedly agree that Honda-san is very accurate with its depiction of social anxiety and the stress of dealing in customer service…but I am going to forget most of what happens in this series in the coming days. To me, this was relatable yet still very pedestrian. At least this series was short. 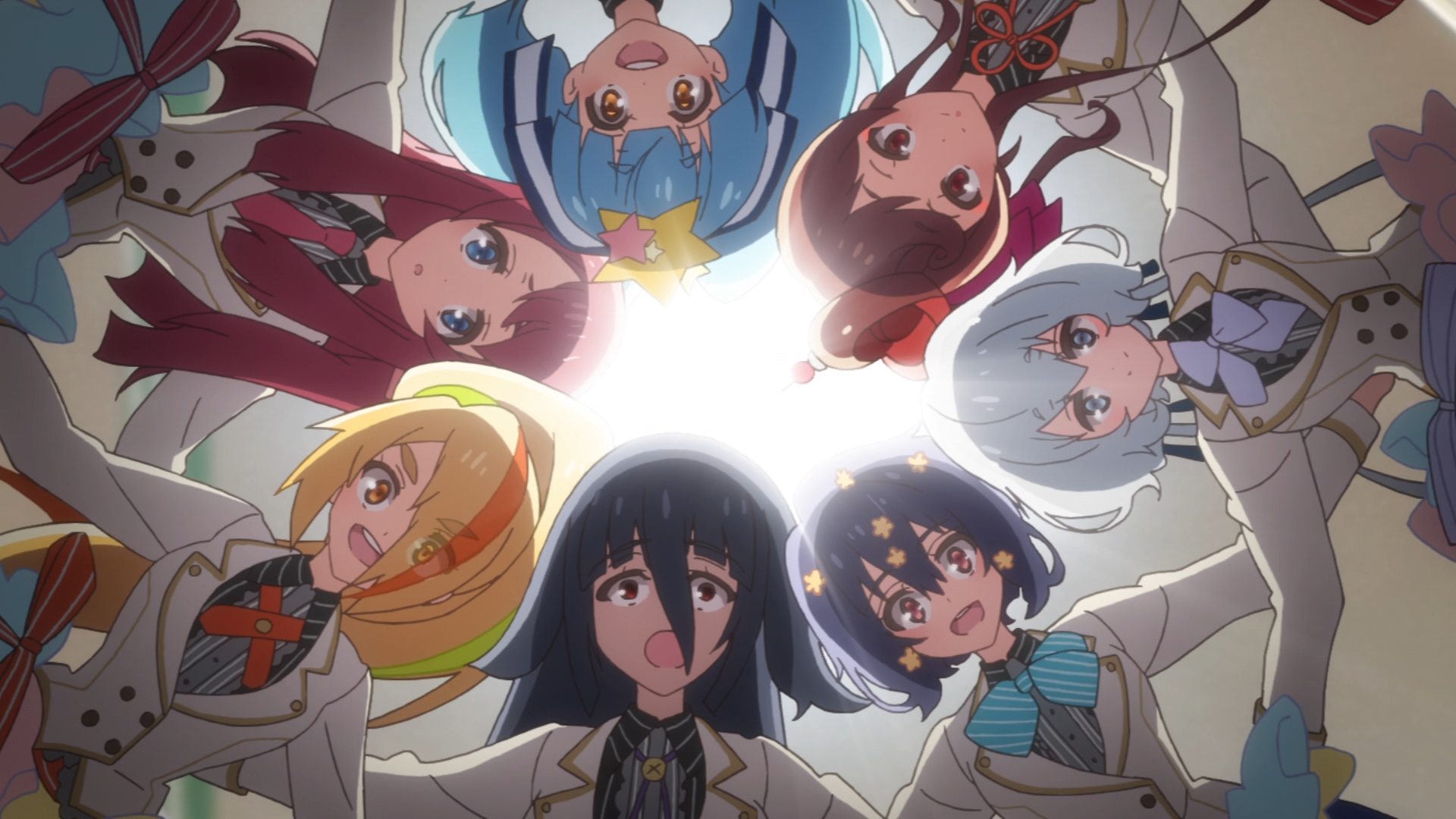 Frankly, I thought Zombie Land Saga peaked super early. The first two episodes was great in how removed it was from the idol genre’s template but after, it lost a lot of its bite. It truly was just an idol anime but with zombies and it felt very thin as a result. The soundtrack is especially disappointing. I was hoping to hear some variety but it ultimately devolve into pure J-Pop fare. Oddly enough, I did still like some of the characters, hence why I stuck with the show.

How did the Fall 2018 anime season fare for you? Any favorites? Any surprises? …Any disappointments? Let me know in the comments below!